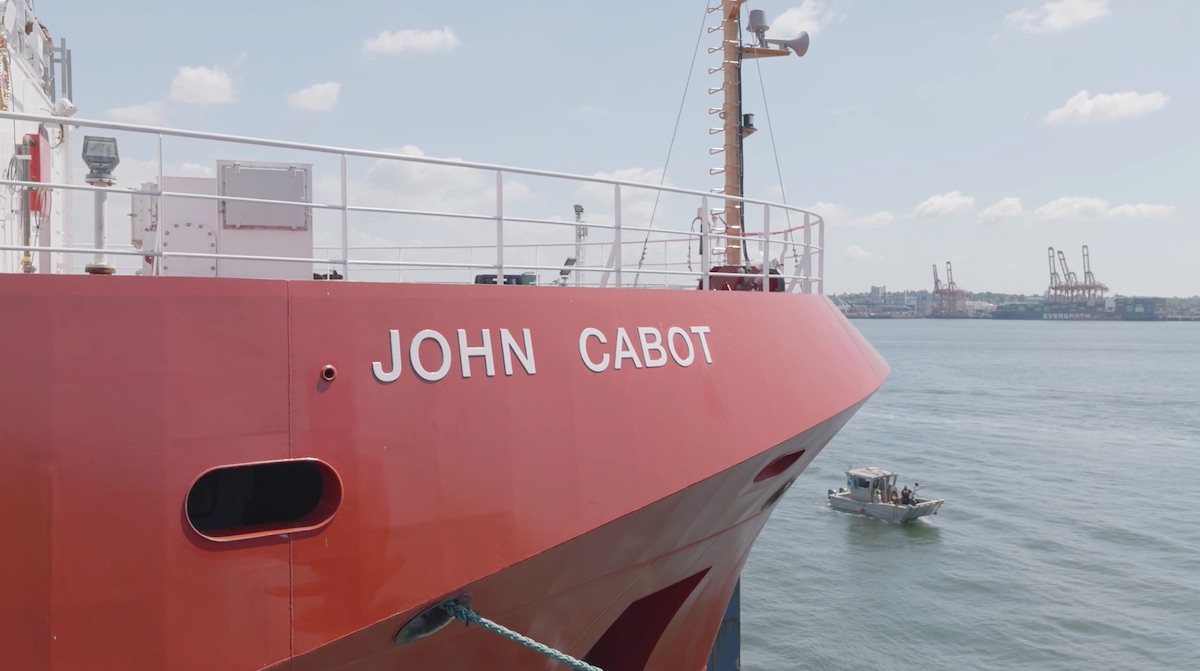 “It is an honour to be part of the launch of the CCGS John Cabot Canadian Coast Guard vessel, on which important research to protect our oceans will be undertaken for many years to come,” said Dr. Henry. “For the Seaspan team to complete the construction in the midst of the COVID-19 pandemic, with all protective measures in place, is a testament to how British Columbians have done all they can to protect our province, while working to keep many important aspects of our economy going.”

The timing of the launch is an impressive achievement given that construction was completed during the COVID-19 pandemic. To achieve such a feat, Seaspan Shipyards had to make substantial changes to its normal operations to continue construction while ensuring the health and well-being of employees, customers, partners, and the community.

Due to COVID-19 restrictions, the traditional fanfare and public celebration was curtailed to a small group including Dr. Henry, Tsleil-Waututh elder Margaret George, representatives from the Canadian Coast Guard, and the handful of employees. Dr. Henry, who began her career as a medical officer with the Royal Canadian Navy, was invited to officially launch the future CCGS John Cabot due to her exceptional leadership and tireless efforts to keep British Columbians safe during the COVID-19 pandemic. To view the official launching ceremony and hear messages from officials and representatives from the Coast Guard and Seaspan, go here.

“The Seaspan Shipyards team is incredibly proud to launch the future CCGS John Cabot, our third Offshore Fisheries Science Vessel,” said Mark Lamarre, Chief Executive Officer, Seaspan Shipyards. “It is a great honour to have such an exceptional leader as Dr. Bonnie Henry help launch this ship. Her leadership and clarity gave us the confidence, in an unprecedented climate, to continue our operations safely, which led to today’s successful launch.”

The making of such a vessel requires the work of many hands. Over 1,200 Seaspan Shipyards employees and more than 400 Canadian SMEs and their thousands of employees across Canada contributed to the construction of this world-class vessel. The OFSV entered the water on July 3 at 97 per cent complete, a rare accomplishment, and a high-water mark for the best shipbuilders in the world. With a measurement of 63.4 metres, the future CCGS John Cabot will be one of the most advanced and capable ships of its size and type in the world.

“This is a critical step and milestone in the process of delivering this vessel to the Canadian Coast Guard. The three Offshore Fisheries Science Vessels, which were specifically designed and built in British Columbia, will enable Fisheries and Oceans and the Coast Guard to continue conducting and supporting critically important scientific and research work, including gaining more data on the impacts of climate change on our waters and marine environments,” said Anita Anand, Minister of Public Services and Procurement.

Through NSS, Seaspan Shipyards has become a growing economic engine for Canada’s marine industry. According to Deloitte Socio-economic Impact Study, February 2020, the company has contributed more than $1.5 billion to Canada’s GDP. Today, the company is one of the most modern shipyards in North America with a skilled 2,700-person shipbuilding team, shipyard capacity, and infrastructure to deliver Canada’s non-combat fleet.

The function of the OFSVs is primarily science and research, but they also can support search and rescue, and environmental response and operations as required.

The future CCGS John Cabot is expected to be delivered to the Canadian Coast Guard later this summer following sea trials and will be based in St. John’s, Newfoundland and Labrador.