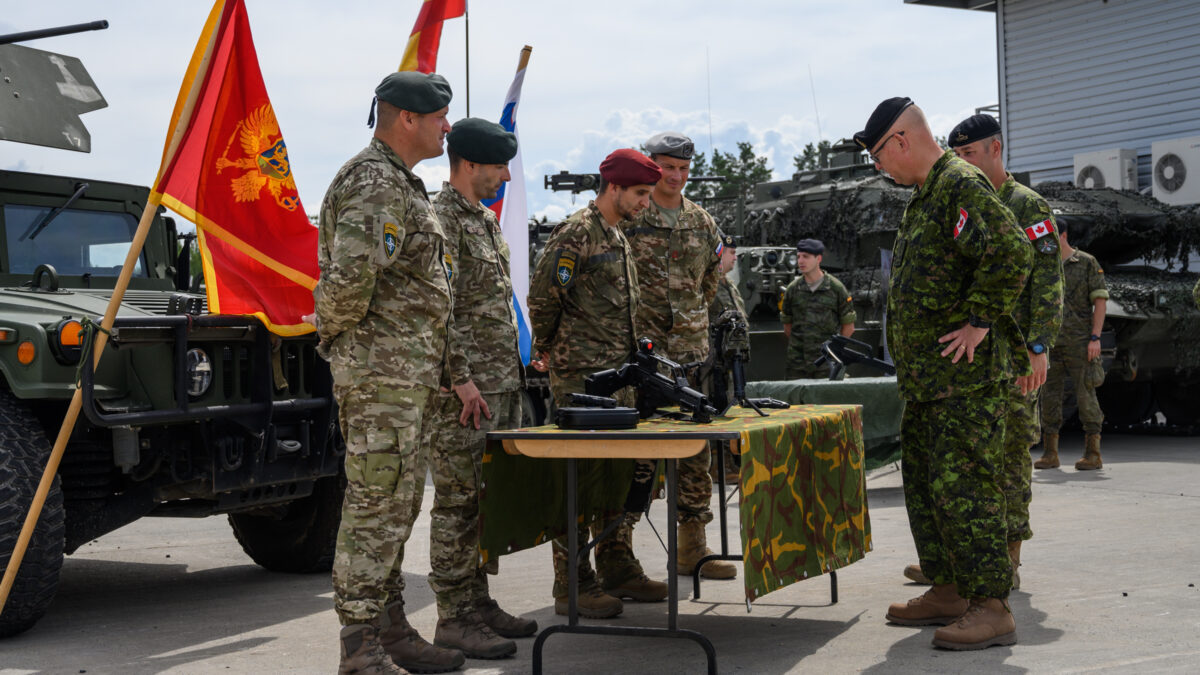 Prime Minister, Justin Trudeau, successfully concluded a bilateral visit to Latvia. The visit strengthened the relationship between Canada and Latvia. It also served to reinforce Canada’s commitment to NATO in solidarity with European allies and partners. This is especially timely in the face of Russia’s unprovoked and unjustifiable invasion of Ukraine.

Prime Minister Trudeau also announced Canada will renew its multi-year commitment to Operation REASSURANCE.  This is the Canadian Armed Forces support to NATO’s assurance and deterrence measures in Central and Eastern Europe. The announcement comes one year ahead of schedule and is a direct response to the changing security situation in Eastern Europe.

The Prime Minister also recently announced the deployment of up to 460 additional Canadian Armed Forces personnel to reinforce Operation REASSURANCE, including in Latvia. Additionally, approximately 3,400 Canadian Armed Forces personnel have been placed at a higher state of readiness, prepared to deploy to the NATO Response Force should they be required.

Further responses to hold Russia accountable for its military aggression in Ukraine were coordinated when Prime Minister Trudeau met with Latvia Prime Minister Krišjānis Kariņš.  The two prime ministers also discussed other regional security challenges, including the Belarus-induced migration crisis and the importance of the continued strengthening of NATO’s assurance and deterrence measures, particularly along NATO’s eastern flank. On the economies and job creation front, they discussed ways to deepen the bilateral relationship and commitment to strengthening trade ties.  Prime Minister Trudeau also had the opportunity to meet with Latvia’s President, Egils Levits.

“As Russia continues its unwarranted and unjustifiable attacks on Ukraine, Canada is standing united with our European allies in supporting Ukraine and the Ukrainian people, as well as democracy and human rights everywhere,” said the Rt. Hon. Justin Trudeau. He continued, “I would like to thank Prime Minister Kariņš for hosting this visit which provided an opportunity for Canada and Latvia to continue to deepen the ties between our two nations, by emphasizing our shared values and mutual commitment to transatlantic security as NATO Allies. Canada continues to work in close collaboration with NATO Allies to support Ukraine as it defends its people, its sovereignty, territorial integrity and independence.”

The Prime Minister of Estonia, Kaja Kallas, and the Prime Minister of Lithuania, Ingrida Šimonytė joined Prime Ministers Trudeau and Kariņš for a meeting to discuss increased support to Ukraine and strengthening the partnerships between the countries. The leaders agreed on a yearly meeting of the Foreign Ministers of Canada, Estonia, Latvia and Lithuania in order to strengthen trade relationships. The first such gathering will happen this spring in Quebec and be hosted by Canada’s Minister of Foreign Affairs, Mélanie Joly.

A bilateral meeting was also held between Prime Minister Trudeau and NATO Secretary Jens Stoltenberg. They discussed NATO’s role in responding to Russia’s invasion of Ukraine as well as the future of NATO more broadly, as leaders prepare for this summer’s NATO Summit in Madrid.

While in Latvia, the Prime Minister had the opportunity to meet with Prime Minister Pedro Sánchez of Spain. They discussed further responses to Russia’s ongoing aggression in Ukraine, including expanding sanctions, and NATO and European Union unity. Prime Minister Trudeau made sure to thank Prime Minister Sánchez for Spain’s contributions to the enhanced Forward Presence Battle Group Latvia.

The Prime Minister, Prime Ministers of Latvia and Spain, and the Secretary General also visited with the troops of NATO’s enhanced Forward Presence Battle Group at Camp Ādaži. Here, Prime Minister Trudeau thanked them for their dedication and contribution to the security of the Alliance.