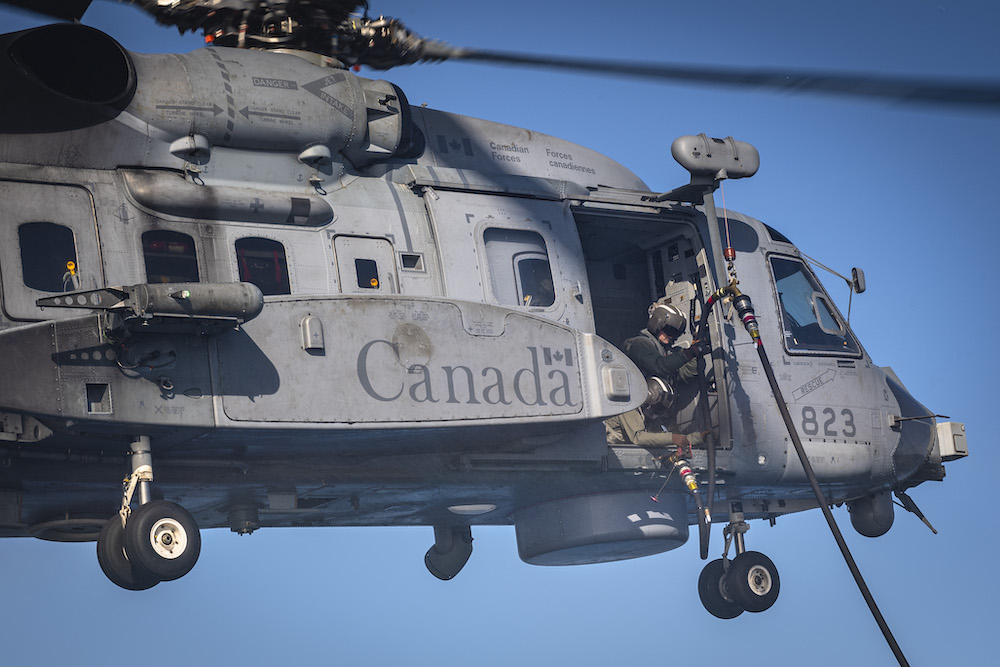 The flight safety investigation report into the accident of Stalker 22 that crashed in the Ionian Sea on April 29, 2020, was released today. The Airworthiness Investigative Authority for the Canadian Armed Forces (CAF) concluded its investigation of the CH-148 Cyclone helicopter that claimed the lives of six CAF members. The helicopter, known by its call-sign Stalker 22, was operating from HMCS Fredericton as part of Standing NATO Maritime Group 2 under Operation REASSURANCE.

According to the CH148822 Flight Safety Investigation Report:

“The investigation concluded that during a complex turning manoeuver at low altitude, when the helicopter was returning to the ship, the aircraft did not respond as the crew would have expected due to a Command Model Attitude Bias Phenomenon. This phenomenon develops under a very specific and narrow set of circumstances where manual inputs to the primarily flight controls override the aircraft’s automation system, referred to as the Flight Director, while it is engaged and set to fly at a fixed airspeed or pitch attitude. The bias that developed in this instance resulted in insufficient aft cyclic controller authority, resulting in a high-energy descent and impact with the water.”

“This accident was not the result of one single causal factor, but a combination of several and could have happened to any other crew on any other day. We concluded the Command Model Attitude Bias Phenomenon was an active causal factor, which was unknown to the manufacturer, airworthiness authorities, and aircrew prior to the accident,” said BGen John Alexander, Director of Flight Safety, Royal Canadian Air Force. “Over the course of 13 months, we analyzed an extensive quantity of data and worked closely with partners to identify other contributing factors. The Flight Safety Investigation Report delivers a number of recommendations to prevent a similar accident from happening in the future.”

Other causal factors highlighted in the report are:

Based on the findings, it was recommended that the software in the electronic flight control laws be modified to enhance flight mode annunciation and awareness to the crew. Also, to amend CH-148 publications regarding automation strategies, and establish a working group to review the Maritime Helicopter Project Statement of Operating Intent. This review will determine the CH-148 operational requirements to fly complex turning manoeuvers, including the one that led to this accident.

“We accept and have been implementing the report’s recommendations. The CH-148 Cyclone continues to make important contributions to Canadian Armed Forces operations at home and around the world, and we remain fully confident in the aircraft’s cutting-edge capabilities and those who fly and maintain them every day. We will never forget the dedication of the six colleagues we lost in this tragedy, and will continue to support their families, friends, shipmates and squadron mates,” said MGen Eric Kenny, Commander 1 Canadian Air Division, Royal Canadian Air Force.