Home > News > The Next Generation of Marine: Barriers to Recruiting Youth in the Canadian Marine Sector 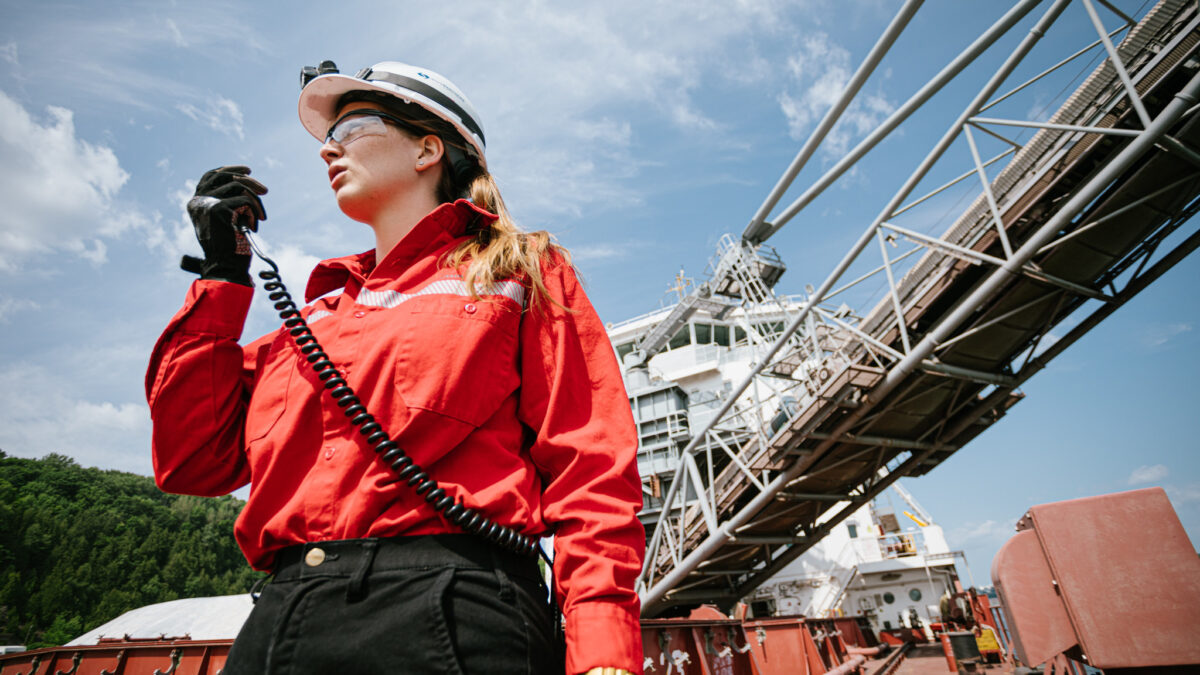 A troubling hurdle has continued to hinder young Canadian recruits from entering the marine sector – a lack of general knowledge regarding the diversity of jobs available. According to the National Youth Report: Marine and the Next Generation (commissioned by the Canadian Marine Industry Foundation (CMIF) and conducted by Abacus Data), 67% of those in the millennial and Gen Z generations believe that the industry is hard to break into, and 60% say that they can only think of a few types of jobs available in the sector.

Far from general belief, Canada’s marine industry includes over 1,000 employers both in the private and public sectors. More than 100,000 skilled workers and professionals are employed across Canada. Exciting opportunities are abundant and include (but are not limited to): shipping and logistics, ports and marine services, infrastructure, and government services.

Based on these responses, it is evident that the public and private sector need to strengthen awareness efforts in order to end the looming labour and skills crisis.

Recruitment and retention in the maritime workforce have become increasingly difficult with positions going unfilled both on ships and ashore. At this rate, this problem is slated to only grow over time.

According to Transport Canada, 43% of the marine transportation workforce (onboard commercial vessels and ferries) is expected to retire over the next 10 years. Workers who voluntarily leave the marine sector or move to shore-based positions additionally need to be replaced. Close to 19,000 new seafarers will need to be hired over the next 10 years. This is only the tip of the iceberg; these opportunities do not include marine-related roles in the public sector, in ports or other shore-based marine operations.

Despite the lack of information relayed about the industry to the general public, the findings in CMIF’s National Youth Report assert that the majority of Canadian youth (aged 14 to 29) think highly of the industry. Under half of young people are open to considering a career in the marine industry, while 20% have thought about a career in the industry before today and are at least open to pursuing this interest.

“Labour shortages are a critical problem for many of our members. While today’s report confirms that we have a lot of work to do as a sector to boost youth awareness of the wide variety of exciting and well-paying careers on offer – I’m personally encouraged by the positive perceptions young Canadians have of the marine sector as being both economically important and environmentally and socially responsible,” affirms Bruce Burrows, President and CEO, Chamber of Marine Commerce. “This is an important first step to appeal to a generation that cares deeply about its ability to make a difference, and wants to feel challenged and fulfilled while on the job,”

The National Youth Report research, sponsored by the Chamber of Marine Commerce, is part of the CMIF’s Imagine Marine communication campaign. The CMIF creates campaigns to grow awareness of the marine industry and provides information and key resources to those wanting to pursue a successful career in the marine sector.

More findings show that Canadian youth see promise in the industry – 69% of respondents believe that the marine sector provides interesting and fulfilling work, 67% believe it offers good pay and benefits, 56% believe that it values corporate/environmental responsibility, and 57% believe there are lots of opportunities to advance. Additionally, while 40% have not heard about the diversity of jobs available in marine, a third of this group say that they would positively consider a career in the sector.

While Millennials and Generation Z largely prioritize pay and job stability, they are also concerned about flexibility, positions that allow for a better work-life balance, and that align with their aspirations, values, and interests.

Based on their responses, careers in marine seemingly align with their values – a reassuring belief that, if better fueled with awareness efforts, may result in an influx of young recruits in the industry.

Newly appointed to CAE’s Board of Directors - Patrick M. Shanahan