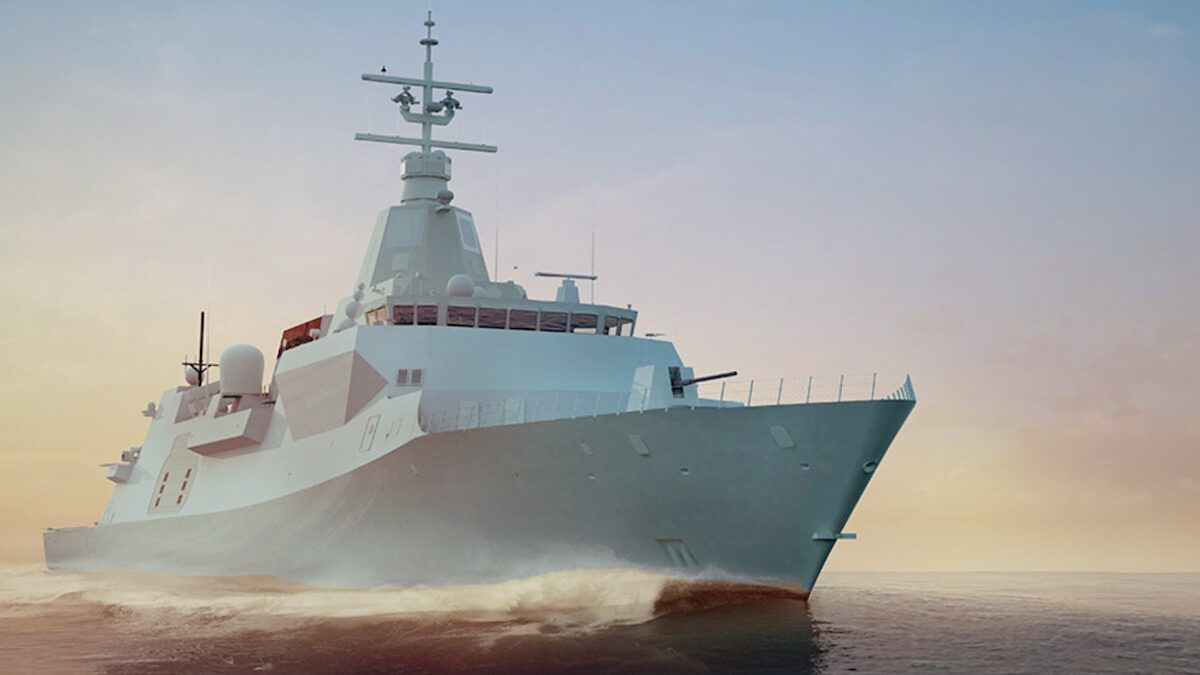 The design team of the Canadian Surface Combatant that will be working with Irving Shipbuilding Inc. on Canada’s most advanced and modern combat ship made a few announcements recently. The team, led by Lockheed Martin Canada and includes CAE, MDA, L3 Harris, Ultra, and BAE Systems, will design the ship and integrate the CSC’s combat management system.

Irving will be building 15 new Canadian Surface Combatants for the Royal Canadian Navy at its Halifax shipyard in Nova Scotia as part of the National Shipbuilding Strategy.

Over the past two months, suppliers for this program under the design team made the following announcements pertaining to CSC.

Following the recent announcements by Ultra of contract awards for the Hull Mounted Sonar (HMS) and Variable Depth Sonar (VDS) subsystems on the Canadian Surface Combatant (CSC) program, the Ultra Group has confirmed a significant additional strategic commitment to Canada, committing potentially in excess of $20 million of new investment to transform its Dartmouth NS site into a global sonar centre of excellence. The Dartmouth facility will be significantly modernized, reconfigured for expanded capacity, and networked to Ultra’s other sonar sites in the United Kingdom and Australia. As part of this investment, Ultra will also be upgrading areas of its facility involved in sonobuoy production.

Canadian defence firm JSK Naval Support (JSK) has been selected by Lockheed Martin Canada to supply its Torpedo Launcher System (TLS). The Canadian Surface Combatant (CSC) program is for 15 vessels and as an initial contract JSK will supply four new TLS ship sets to the CSC program between 2024 and 2026. The TLS will be built and maintained in Canada, with JSK employing and training additional Canadian engineering professionals to enhance its production and integration capability. This will include a new purpose-built test facility in JSK’s Pointe Claire site in Montreal, Quebec that will be used throughout production to allow for testing and evaluation of completed systems and software and follow on support/training phases of the program.

MDA announced that it has been awarded an initial contract with an expected production value of more than CAD$60 million on the Canadian Surface Combatant (CSC) project. Lockheed Martin Canada has contracted MDA to provide the Laser Warning and Countermeasure (LWCM) System that will protect the ships against laser and optical guided threats. MDA is currently under contract to Lockheed Martin Canada as the Electronic Warfare (EW) Suite systems integrator for the CSC.

Ultra announced a contract award to commence work on the S2150-C Hull-Mounted Sonar (HMS) system for the Canadian Surface Combatant (CSC) program. These subcontracts move the development of CSC’s anti-submarine warfare (ASW) capability from the program definition phase into the substantive manufacture and delivery of the vessels’ suite of sonars. In the two years since having been originally awarded program definition studies for CSC, Ultra has been working in close partnership with Lockheed Martin Canada and Irving Shipbuilding Inc.

Ultra announced a contract award to commence work on the key Variable Depth Sonar (VDS) system for the Canadian Surface Combatant (CSC) program – named the Towed Low Frequency Active Sonar (TLFAS). This subcontract moves the development of CSC’s anti-submarine warfare (ASW) capability from the program definition phase into the full manufacture and delivery of the vessels suite of sonars. The TLFAS system is fully designed and manufactured by Ultra in Nova Scotia, Canada.