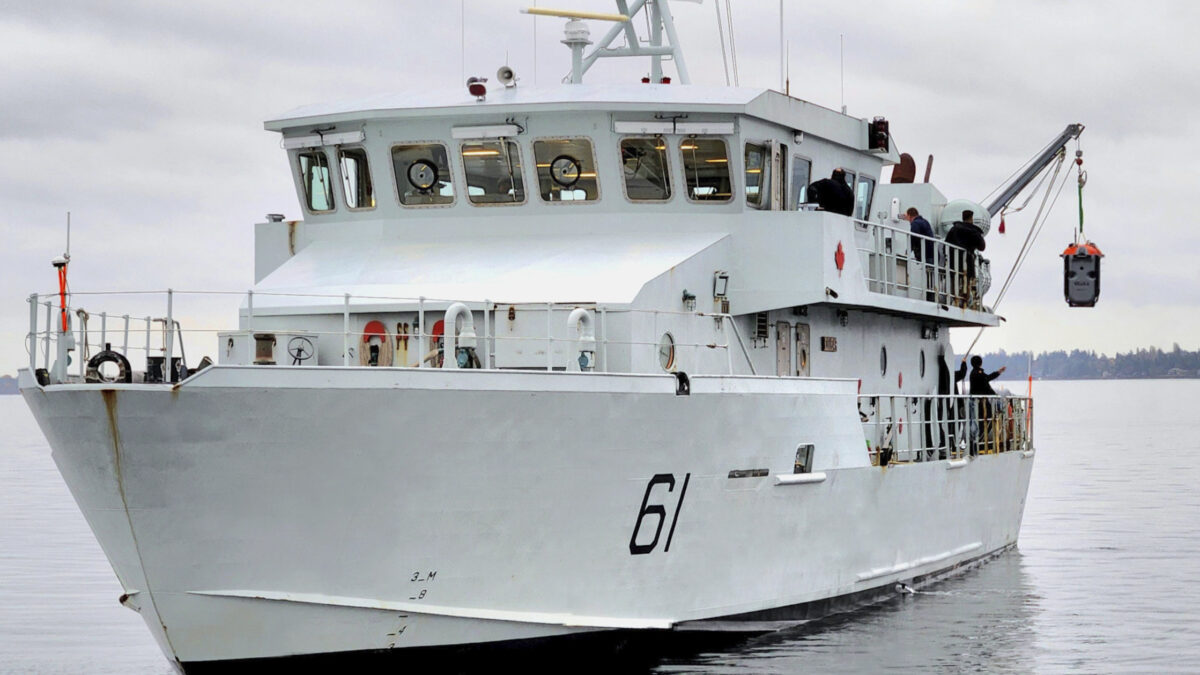 Cellula Robotics Ltd. recently announced the successful completion of sea trials for the Imotus-S AUV in British Columbia. The key feature of the Imotus-S is that it enables vessels to easily monitor their magnetic and acoustic signature in a timely manner without having to leave station.

Starting on November 14, the sea trials were executed in the Saanich Inlet over the course of two weeks. Various project milestones were met during testing including acoustic ranging, magnetic ranging, and understanding safe distance to the vessel while maintaining control authority.

The Imotus-S demonstration also provided training of test department staff with handling and operating the drone. This was run with the support of a Royal Canadian Navy (RCN) Orca class vessel, PCT Cougar. This is part of the Innovative Solutions Canada (ISC) Test Stream program through which Cellula is performing ongoing work with the Department of National Defence (DND).

Jacqueline Nichols, Business Development, said, “seeing Imotus-S being deployed from and working in tandem with the Orca vessel has been a fantastic step in Cellula’s signature measurement program. In conjunction with the invaluable feedback received to date, the opportunity of working closely with DND throughout the program enabled us to understand the challenges for signature measurement and management.”

“Since the Imotus-S project announcement, we’ve been looking forward to open water testing and deploying Imotus-S off an Orca class vessel” said Warren Priyadamkol, Project Engineer at DND. “With the successful completion of the sea trials, we will now focus on analysing the data sets obtained from the AUV.”

This in-depth analysis of the recorded data, which also includes comparisons to known acoustic and magnetic signatures of the Orca vessel, is ongoing from the test department. Discussions and feedback resulting from the Saanich Inlet trials will significantly move the Imotus-S program closer to the establishment of an autonomous underwater ranging capability.