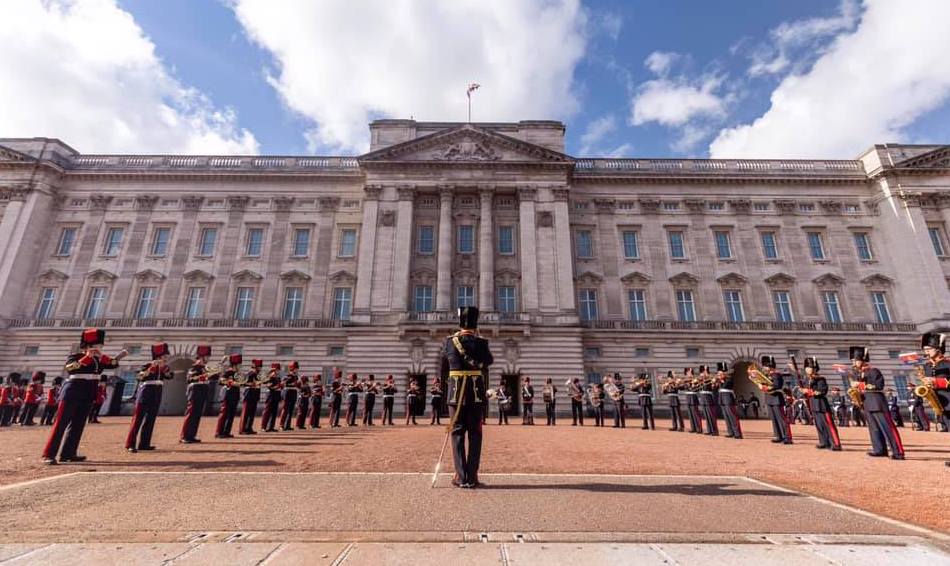 On October 4th, 90 members from the Canadian Armed Forces as part of The Royal Regiment of Canadian Artillery United Kingdom Public Duties Contingent (RCA UK PDC), commenced their month-long Public Duties in London and Windsor with Changing of the Guard ceremonies held at Buckingham Palace and St. James’s Palace.

“This is truly a once in a lifetime opportunity for our soldiers and they are embracing every moment of it,” said Major Michael Crosier, Guard Commander, RCA UK PDC. “While training and preparations leading up to this were at times long, when Canadian soldiers marched onto the forecourt of Buckingham Palace, they truly felt the full magnitude of their duties. This is not something that is by any means a common task for Canadian Armed Forces members and it is an honour and a privilege to be here as a member of the Queen’s Guard.”

From October 4 to 22, the members of the RCA UK PDC will be part of the Queen’s Guard at the four Royal residences in the London District – Buckingham Palace, St. James’s Palace, Windsor Castle and the Tower of London. During the month for the mount and dismount ceremonies, the Queen’s Guard will be accompanied by the 36-person Royal Canadian Artillery Band, based in Edmonton. The Queen’s Guard are soldiers and officers charged in support of the civil authorities with guarding the Sovereign and the official royal residences in the UK.

“This is the first time that The Royal Regiment of Canadian Artillery has had the privilege of undertaking Public Duties in the United Kingdom. It is quite the honour, especially with this month being the 150th anniversary of the forming of the Regiment’s A and B Batteries,” said Master Warrant Officer Jason Power, Sergeant Major, The Royal Regiment of Canadian Artillery UK Public Duties Contingent.

Queen Elizabeth II holds the Royal Appointment of Captain General for The Royal Regiment of Canadian Artillery and in this capacity serves as the ceremonial head of the Regiment.

The RCA UK PDC was invited by Her Majesty Queen Elizabeth II to form the Queen’s Guard to honour and commemorate the 150th anniversary of the formation of The Royal Regiment of Canadian Artillery (RCA) A and B Batteries. The founding of A Battery (in Kingston, Ont.) and B Battery (in Quebec City) of 1 RCHA in 1871 led the way for Canada’s professional Army. It allowed Canada to bear responsibility for its defence and laid the groundwork for political autonomy.

This opportunity to conduct Public Duties perpetuates the tradition of Commonwealth soldiers working closely with the British Armed Forces while demonstrating the professional capabilities of The Royal Regiment of Canadian Artillery and the Canadian Armed Forces in an international setting.