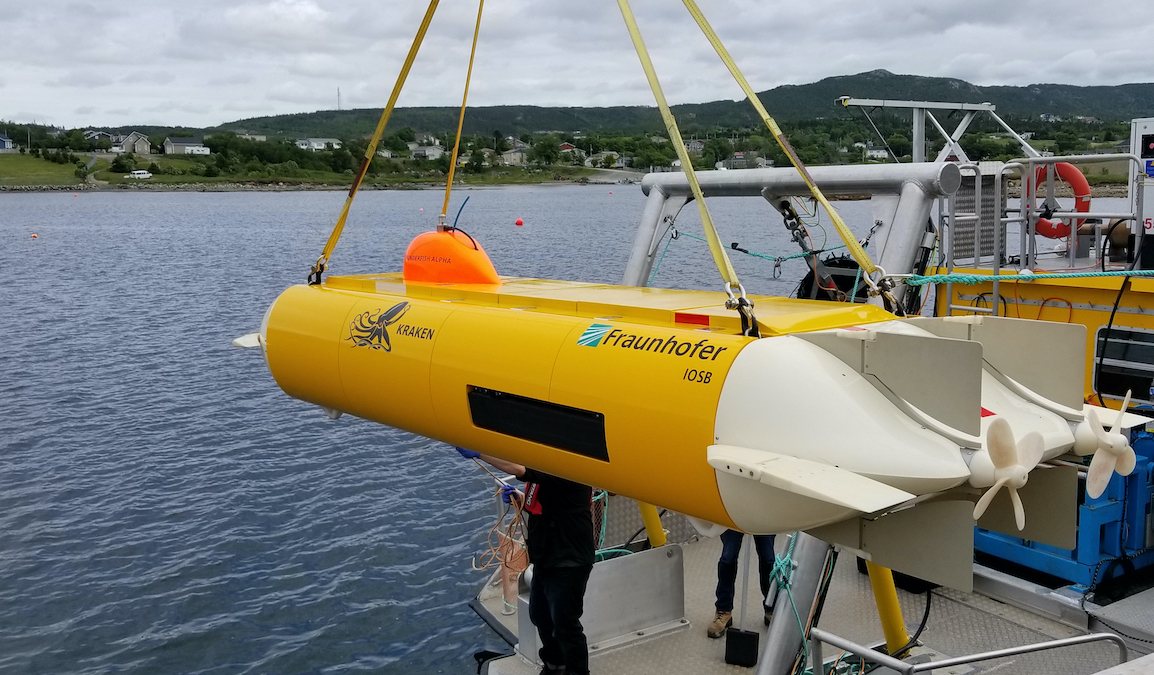 According to a news release, the TFXL AUV will be built upon the previous development efforts of the ThunderFish Alpha AUV. The XL AUV will be larger with an increased depth rating, larger payload capacity, and longer mission endurance. It will also have key capabilities that are lacking with similar underwater vehicles in the industry today. Some of these capabilities include the ability to transition from high-speed survey mode to “zero” speed hovering mode in-mission; through-the sensor acoustic, laser, and optical target detection, image recognition and inspection; and using onboard sensors to improve vehicle navigational accuracy.

The TFXL will be depth rated to 6,000 metres and carry an array of sensors and custom payload modules, including Kraken’s AquaPix Synthetic Aperture Sonar, SeaVision 3D laser profiler, SeaThrust rim-driven thrusters, and SeaPower pressure tolerant batteries. These will be integrated with advanced artificial intelligence algorithms onboard the vehicle. Its modular design will allow for rapid sensor reconfiguration and battery replacement and will function as a seabed resident AUV that can run a wide variety of missions from its underwater docking station.

The ThunderFish XL is significantly different from the more common “long-endurance” AUVs that are prevalent today according to the release. These include:

“By combining our advanced sensor technologies with cutting edge artificial intelligence algorithms, it is our objective to deliver a cost-effective AUV solution that is truly autonomous as opposed to being simply automated,” said Karl Kenny, President, and CEO of Kraken.