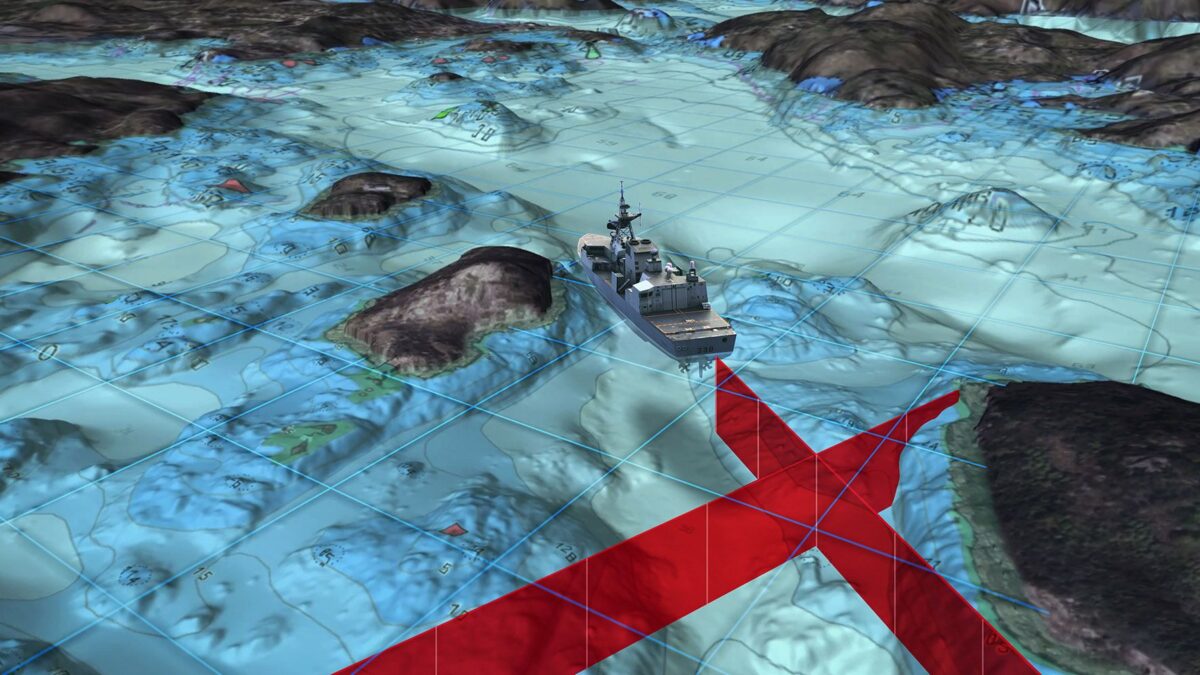 Ottawa, CA: Kongsberg Geospatial announced today that it has partnered with Avalon Holographics to develop a revolutionary holographic sonar display for submarine warfare, in a project funded by the Canadian Department of National Defense IDEaS (Innovation for Defence Excellence and Security) program.

The Canadian DND IDEaS project will lead to the development and testing of the world’s first holographic tactical display for passive SONAR tracking.

The system has been developed to reduce the cognitive load on passive SONAR analysts by visualizing complex undersea environments on a revolutionary new holographic display.

What currently we think of as “3D displays” are, in fact, actually no more than two-dimensional projections of three-dimensional scenes on a flat monitor. The geometry in the scene is necessarily distorted to create the illusion of looking at a three-dimensional object. In order to understand what you’re looking at, you have to manipulate the view to look around the environment. This makes typical 3D displays less than intuitive to work with – the operator often has to manipulate the camera view in 3D to assess the area from multiple angles to truly understand what they’re looking at.

This is also limiting for situations in which multiple people are looking at the same display. Ideally, they would each want to control the view independently to make it make sense for themselves. A holographic display would provide a better solution for sharing 3D information, because the view on the data can be individualized, while the image itself remains static. Providing a shared, easily understood visualization of the operational area would enable faster joint decision-making in a Control Centre for tactical, operational analysts and strategic decision-makers.

Avalon Holographics has created just that: a display that uses a complex array of millions of holographic elements or “hogels”, to create a true, three-dimensional image that can be clearly seen from different angles – without requiring the use of headsets or goggles. This new display will combine passive SONAR data with three-dimensional bathymetric data to create an accurate sensor picture that can be used to locate and identify possible undersea threats.

Passive sonars are used by naval ships to locate targets around the “ownship”, (the platform on which the primary sensor is located), when active SONAR is not viable or tactically desirable.

Although two-dimensional map displays can give trained analysts a good understanding on where these bearing lines intersect, three-dimensional displays provide a greater understanding of how detections may be affected by the bathymetric environment. The new holographic SONAR display created by Kongsberg Geospatial and Avalon Holographics is designed to increase underwater situational awareness with respect to target detection: supporting faster and more confident decision making when using passive SONAR systems.

The solution will consist of three components: a SONAR sensor system, a SONAR map rendering system, and the holographic display.

The SONAR sensor system is located on board a surface vessel which could include a towed array, hull mounted SONAR, or sonobuoy receiver. Data from the system is fed to the SONAR map rendering system containing the information required to create the operational images to populate the 3D holographic display.

Avalon Holographics will be contributing the holographic display used to visualize the processed data.

“Our ground-breaking holographic display technology applies to a wide range of applications, but the battlespace has always been a primary user focus.”, said Russ Baker, Co-founder, Avalon Holographics. “Together, Kongsberg’s TerraLens and Avalon’s Raydiance Engine are pioneering a new class of holographic situational awareness applications to transform 3D battlespace visualization, GIS and underwater warfare. These bold steps are just one way we’re transforming the science-fiction of holographic visual experiences into science fact.”

The initial phase of the IDEaS project will run until November, during which time Avalon Holographics will be refining the performance of the display device, improving the software tools, and working with Kongsberg on software integration. Kongsberg Geospatial will be developing trials of different use cases for the systems including multi-sensor operations and Target Motion Analysis (TMA). The goal is to proceed to the next phase of the project, which would involve enhancement of Kongsberg’s software, a more comprehensive integration with the display, and porting to Avalon’s next-generation display technology.

About Avalon Holographics: Based in St John’s, NL, Avalon Holographics is a Canadian SMB leading the next wave of display technology by pioneering development of the world’s first “true” 3D professional holographic displays that revolutionize the way people produce, view and understand visual content. By replicating the experience of looking at real objects, Avalon’s patented holographic displays produce realistic, comfortable, and headgear-free immersive experiences. Their display technologies will transform the way users view and interact with complex information, allowing users to experience accessory free “natural” 3D without the nausea, fatigue, and other physical effects of using Virtual Reality (VR) and Augmented Reality (AR) devices. With a myriad of applications including defense, and consumer use cases, Avalon Holographics is poised to disrupt the industry while setting the standard for holographic displays.

About IDEaS: Based in Ottawa, Canada, The Department of National Defense IDEaS program (https://www.canada.ca/en/department-national-defence/programs/defence-ideas.html) provides funding and testing opportunities for the development of defence science and technology.