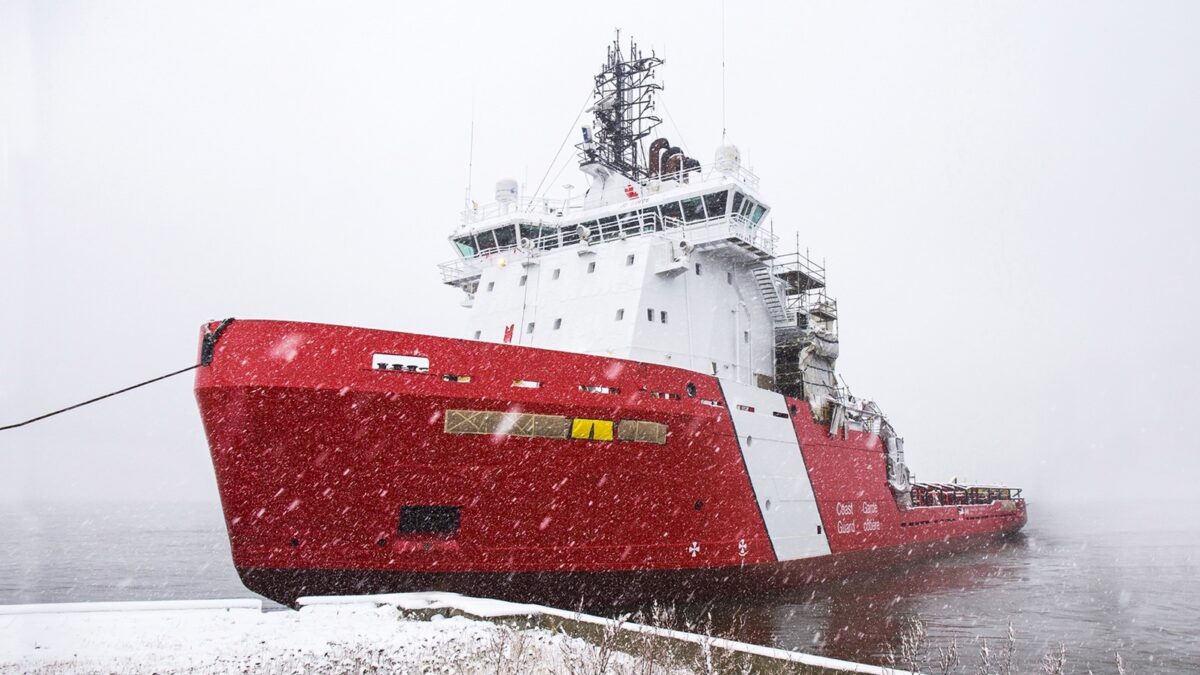 James Davies has been President and CEO of Davie since 2019 and was previously the company’s CFO for eight years. Founded in 1825, Davie is Canada’s longest established, largest, and highest capacity builder of specialist, mission-critical vessels to government and commercial customers. Prior to joining Davie, James was the CEO of a maritime-focused investment advisor and held a senior role for a specialist finance company focused on UK sovereign debt.

Canada is a true Arctic nation. Forty percent of the country’s territory is within the Arctic Circle. While the Arctic should be a test case for sound environmental stewardship going hand in hand with major socioeconomic development, some global powers seem to have other ideas. Russia and China covet the Arctic’s vast untapped resources – from oil and gas to rare earths or fishing grounds described by China as the world’s largest storehouse of biological protein. Russia, China and other powers have well resourced, long-term strategies to secure what they covet. Global warming is progressing twice as fast in the Arctic as anywhere else and as the ice recedes, they see a huge and lucrative expansion of waterborne trade between the Atlantic and Pacific.

China’s New Silk Road project calls for $1 trillion worth of integrated international trade infrastructure that will cross the Arctic Ocean via the Russian coast.

Russia is also reopening its Arctic Cold War bases and its rapidly expanding fleet of nuclear and conventional icebreakers is by far the world’s largest.  Russia’s unprovoked attack on Ukraine is a clear threat to global peace and security and will have long-term geopolitical, socioeconomic and environmental repercussions.

If left unchecked, activity in the Arctic triggered by climate change poses environmental and security threats never seen in Canada’s history as a nation. Global power military incursions, and economic development will come close to and breach Canada’s Arctic territory. Our allies and increasingly all Canadians – North and South – will expect Canada to focus increasingly on the Arctic.

And we can do it by building capacity, being greener, more innovative, and in partnership with Indigenous communities. Canada’s blue economy could become a model for the world, at the forefront of tackling the biggest challenges such as climate change, biodiversity loss, pollution, and waste, while creating massive economic impact.

There are areas of significant progress with, for example, the vision in the Arctic and Northern Policy Framework as well as Canada’s long-term Arctic asset renewal program under the National Shipbuilding Strategy.

Canada’s championing of an executable 360-degree plan for the Arctic is crucial to move the yardstick even further. A plan that must be created and executed by and with our northern communities. A plan that encompasses policy, infrastructure, assets, sovereignty, defense, the economy and environment. A plan that facilitates the transition to more environmentally sustainable maritime transportation.

As shipping traffic increases in the North, Canada must be able to patrol its Arctic internal waters, as well as escort and rescue ships in distress. Above all, we must now deploy a naval deterrent in the Arctic, where they’re needed most to do essential work for all Canadians over the next 50 years. Ukraine teaches us every day that diplomacy alone is not enough.

Canada should be commended for looking to Davie to deliver the world’s second largest heavy icebreaker fleet under the National Shipbuilding Strategy. Current world events mean that the need for a state-of-the-art icebreaker fleet as a highly versatile asset has never been greater, or more urgent.

Canada can and will rise to its Arctic challenge.

Leonardo's Falco is the complete package for uncrewed air surveillance