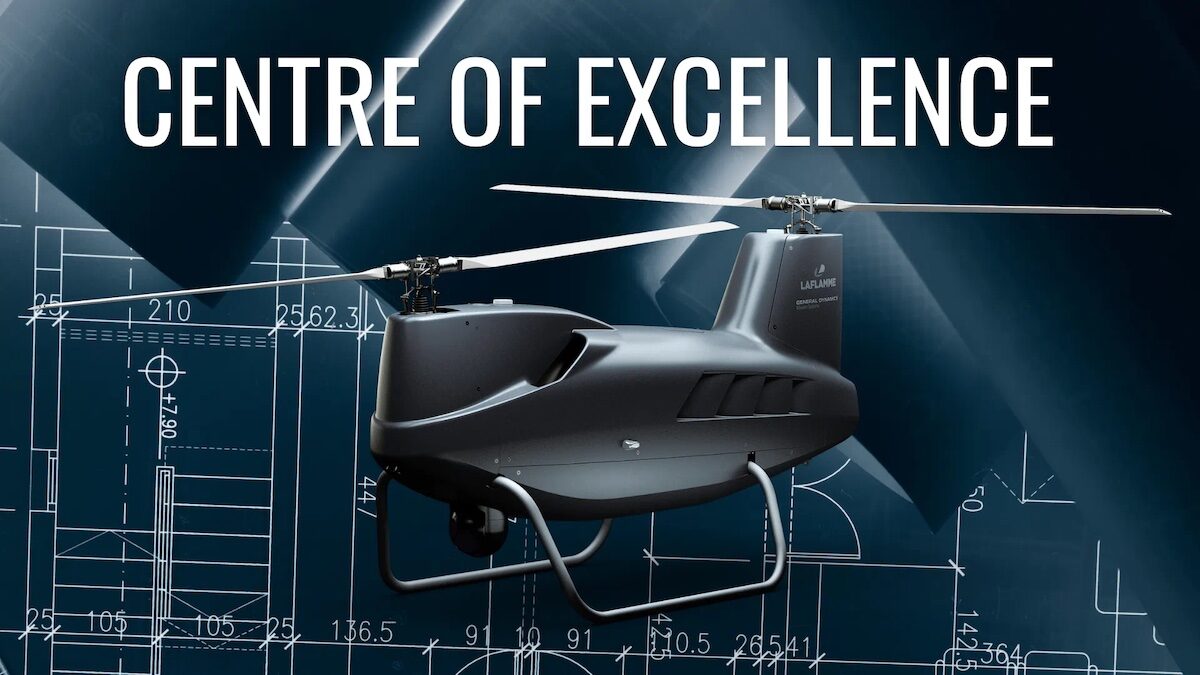 General Dynamics Mission Systems–Canada recently announced the establishment of a Centre of Excellence in Sherbrooke for remotely piloted aircraft systems (RPAS) technologies. GDMS is investing $9.7 million and is leveraging the contribution of the Government of Québec, through Investissement Québec.

Through this new Centre, GDMS is merging its world-class engineering, commercialization, and export expertise with the imagination and technological prowess of Laflamme Aero Inc., one of Québec’s emerging aerospace innovators. By leveraging forward-thinking academia, and the critical support of government, these investments will all serve to further develop the aerospace industry.

General Dynamics has also made a strategic investment in Laflamme Aero to support the development and maturation of its LX300 tandem rotor RPAS platform.

As a shareholder of Laflamme Aero, Investissement Québec is contributing $1.9 million to industrialize and commercialize the LX300, demonstrating a firm commitment to further position Québec at the forefront of aerospace technology and innovation.

“The Centre of Excellence will position the province of Québec at the leading edge of emerging RPAS technology and advanced autonomous airborne mission systems integration,” said David Ibbetson, vice president, and general manager of General Dynamics Mission Systems–International. “Remotely Piloted Aircrafts are the future of aerospace and our investment will generate Québec and Canadian intellectual property, create and enhance domestic capacity, and Science, Technology, Engineering, and Mathematics jobs – while developing world-leading RPAS technologies to address the growing needs of Canada and countries across the globe.”

According to the news release, the Centre’s initial focus is to mature Laflamme’s LX300 for new markets. For its part, General Dynamics has developed a mission-ready Command, Control, Communications, Computers, Intelligence, Surveillance and Reconnaissance (C4ISR) suite to meet the requirements of both domestic and international RPAS opportunities.

“This support positions Laflamme for the future. What began as a passion for aviation from my father has become something much larger. With the support of Investissement Québec and General Dynamics, we now have the opportunity to leverage our success and compete on a larger scale – both at home and abroad,” said Enrick Laflamme, president of Laflamme Aero.

Through the Centre of Excellence, General Dynamics Mission Systems will be expanding its investment in Canada to include a presence in Québec, while generating opportunities for small and medium-sized businesses and strengthening the domestic RPAS ecosystem through the design, development, manufacturing, and sustainment of world-leading systems.

“This remotely piloted aircraft system is the first of its kind to be fully developed and manufactured in Québec. This is a testament to the growth of our aerospace industry and our expertise in security and defence. With the creation of the Centre of Excellence in Sherbrooke and the commercialization of this innovative project, Québec will continue to stand out as a leader,” said Eric Girard, Minister of Finance and Minister of Economy and Innovation.

The Centre will create and sustain up to 45 highly skilled jobs in Québec.

For an Enterprise-Wide Digital Transformation of DND/CAF, Cultural and Technological Facets Must Change at Scale

Sweden expands its order for Saab's A26 submarine