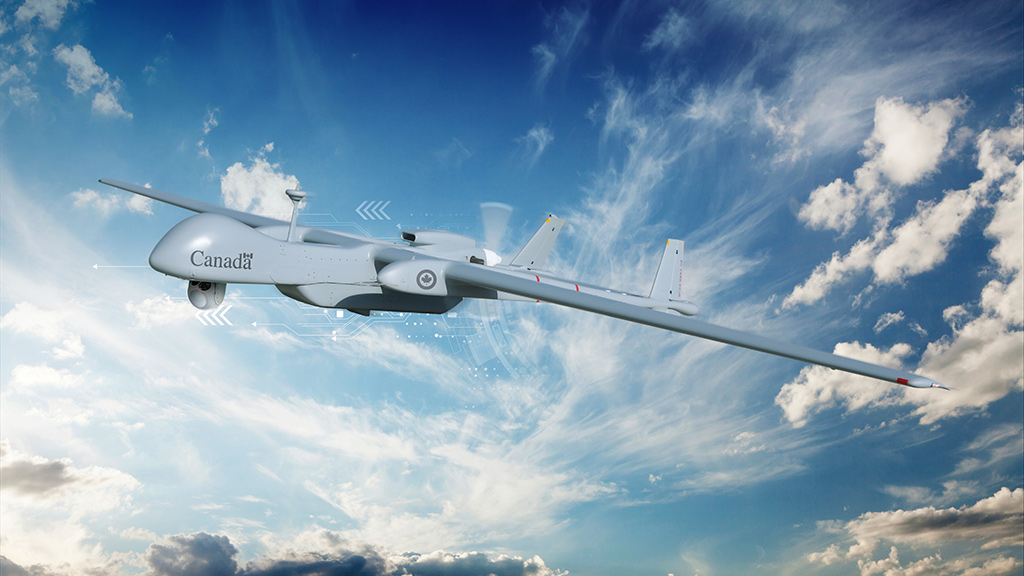 Team Artemis, led by L3Harris Technologies and Israel Aerospace Industries (IAI), has added four Canadian companies to its team to bid for the Royal Canadian Air Force’s (RCAF) Remotely Piloted Aircraft Systems (RPAS) program. The new team members – Airbus Defence and Space Canada, ATCO Frontec, Canadian UAVs, and Lockheed Martin CDL Systems – will help to expand the expertise and capabilities of what Team Artemis will be offering Canada if selected for the program.

The additions bring expertise in aeronautics engineering, deployed logistics, training, and simulation, and mission management capability. According to a news release, the new members will complement the other team members that provide crucial Canadian components – the WESCAM MX-Series EO/IR turret from L3Harris and the PT6A engine from Quebec-based Pratt & Whitney Canada.

With operations in 14 locations across six provinces in Canada, L3Harris is serving as the prime contractor and will provide C4ISR integration for the platform, as well as all in-service support functions for the planned contract duration of more than 25 years.

“The addition of these well-established, innovative, and highly qualified companies further strengthens our position to offer the RCAF the most capable solution for its RPAS requirements,” said Ugo Paniconi, General Manager, L3Harris in Mirabel. “Our team will offer a proven, cost-effective solution, which will include substantial and sustainable Canadian industrial content – resulting in significant work packages and jobs across the country.”

For the RPAS program, Team Artemis is offering the Artemis UAS, which is based on IAI’s Heron TP UAS but is uniquely designed to meet Canadian specifications, according to the release. The Heron TP has been in service for more than 10 years with the Israeli Air Force and has been selected by the German Armed Forces.

Canada is planning to acquire an RPAS to help meet its defence needs which will be integrated into a network of intelligence, surveillance, and reconnaissance systems to enable near real-time flow of information essential to RCAF operations.

In May 2019, L3Harris was selected as a qualified bidder for the RPAS program, as well as General Atomics Aeronautical Systems, Inc. These two companies will move on to the next stage of request for proposal, which is expected to be released later this year. The contract for the RPAS is expected to be awarded in 2022-2023 and the first system delivery is anticipated in 2024-2025.