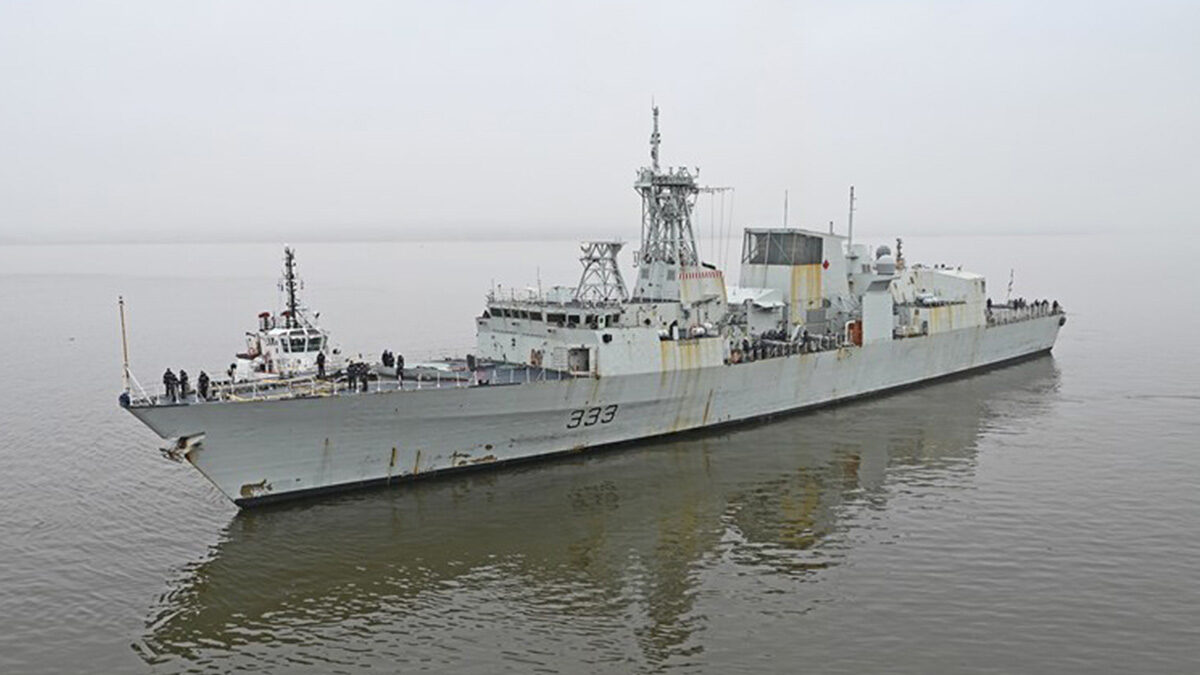 On May 4, 2022, Davie Shipbuilding, located in Levis, Quebec, welcomed the Halifax-class frigate HMCS Toronto for a major docking work period (DWP) program. The ship is expected to enter the Lorne drydock at Davie in the next few weeks. It is expected to spend several months there prior to re-entering service for the Royal Canadian Navy (RCN).

To keep the vessels operating smoothly until at least 2040, the entire fleet of 12 Halifax-class frigates will be in the process of major DWP. Known as the RCN’s backbone, the HMCS Toronto underwent several upgrades in 2015 under the Frigate Equipment Life Extension (FELEX) program. The recent DWP will include major maintenance activities as well as several changes to engineering.

As part of a $500 million contract to perform maintenance work on three frigates, HMCS Toronto is the next frigate after HMCS St. John’s to undergo a major DWP at Davie; the ship is due to return to service for the RCN this summer.

As the third ship of her class in 1993, HMCS Toronto was commissioned. In 1994, she participated in Operation Deny Flight and Operation Sharp Guard in the Adriatic Sea enforcing UN sanctions against the former Yugoslavia. In 1995, she visited European ports to commemorate Victory-in-Europe Day. The following year, she was deployed to the Persian Gulf as part of Operation ALTAIR enforcing sanctions against Iraq. Other accomplishments include 1998, when she joined NATO’s Standing Naval Force Atlantic and was detached to the Persian Gulf to carry out Maritime Interdiction Operations (MIO) in support of Operation Iraqi Freedom. She also sailed to the Gulf of Mexico as part of Operation High Impact with relief supplies for victims of Hurricane Katrina in 2005.

Digital Natives and the Modern Military - Episode 3 (of 5)