In the face of growing international disorder, next-generation nuclear technologies could help Canada exert its national sovereignty in an increasingly open Arctic

If it tends to go unnoticed that Canada shares the world’s largest undefended border with the United States to the south, I suspect that most Canadians don’t give the border in Canada’s far north a second thought. That complacency may have changed with the invasion of Ukraine, which has served as a stark reminder that Canada essentially shares a border with Russia in the Arctic.

Canada’s Chief of Defence Staff, General Wayne Eyre, stated that “the Far North is a key area of concern” when he spoke at the Ottawa Conference on Security and Defense in March. While Eyre considers Russian incursion into Canada’s Arctic unlikely right now, he warned about the “remilitarization” of the North by Russia, which has reoccupied formerly abandoned bases in its own Arctic region. Eyre rightly recognizes the vulnerabilities in Canada’s far north, which has a sparse population and a lack of infrastructure.

This renewed focus on the region is unfolding during a period of unprecedented environmental change. According to a recent federal report, Canada’s climate is warming twice as fast as the global average, and our Artic is experiencing the largest impact of those changes. Warmer temperatures are already causing the snow and ice to rapidly recede, which will lead to more accessible landscapes and transportation routes, and to more interest into the resources that lie beneath.

To its credit, the Government of Canada recognizes the need for greater investment to reinforce its national security and announced new investments into defence spending as part of its recent budget. But with over 162,000 kilometers of Arctic coastline to secure, we have our work cut out for us. Arctic sovereignty means military outposts and operations. It means extensive infrastructure, roads for people to drive on, and homes for people to live in. Most importantly, it means energy – a lot of it.

Reliable energy options are limited in cold, dark, and remote regions. However, the future of clean energy in Canada holds tremendous promise for our Northern Territories thanks to a technology that has been hiding in plain sight. I’m speaking about small modular reactors, also known as SMRs.

While SMRs only exist on paper today, Canada is quickly moving towards a future where demonstration units will be tested. As a low-carbon source of energy, SMRs are smaller in size and energy output than traditional reactors, can be constructed efficiently in a modular way, produce less waste and would be much safer, more efficient, and cost-effective than current designs. They can also be deployed both on-grid and off-grid in remote locations, which is particularly useful in Canada’s far north.

But the benefits go beyond electricity. These reactors also produce heat, which could be used to warm public buildings, or any number of applications, such as greenhouses for agriculture or hydrogen production to power vehicles of the future. Excess energy can be directed into a storage system, in the event of power disruptions or emergency situations. The system could even be used for desalination, turning saltwater on remote shores into fresh drinking water to service a military outpost.

The benefits are tremendous, not only to power activities in the Arctic, but also remote communities, industrial sites, and businesses throughout the region. It will take time, but this future is within reach. It requires not only continued investment and exploration in next-generation nuclear technologies, but also the grid and infrastructure connections needed to enable these systems. I’m please to say that research is already underway in Canada.

SMRs are just one of the many innovations that Canadian Nuclear Laboratories is working on to support our national defence. As a publically funded research institution, through our client, Atomic Energy of Canada Limited (AECL), CNL is an eligible Industrial and Technological Benefits (ITB) recipient, and we are actively recruiting indigenous and university partners. Whether it is research into cyber security, space systems, or clean energy, CNL is ready to be your research and development partner. For more information, contact commercial@cnl.ca.

Leonardo's Falco is the complete package for uncrewed air surveillance 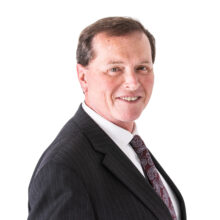