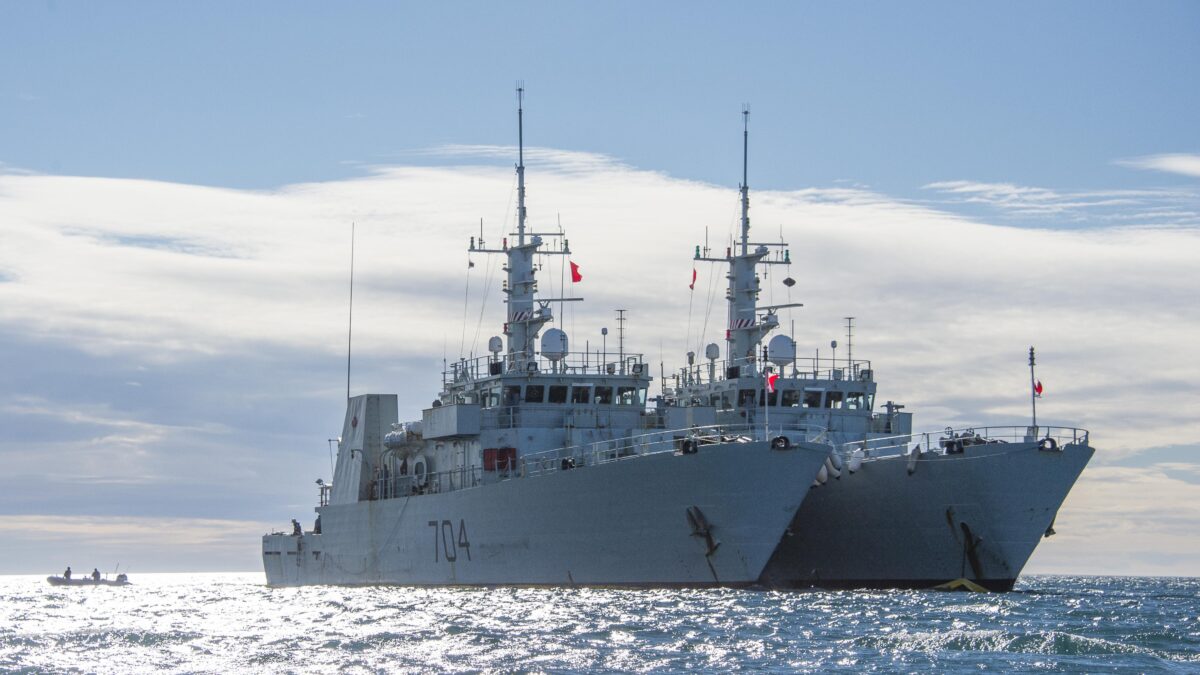 Two new contracts were recently announced on December 8, 2022, for the development of new equipment designed to improve the safety and security of Royal Canadian Navy (RCN) ships and crews. The announcement was made by Minister of National Defence Anita Anand, on behalf of Minister of Public Services and Procurement Canada, Helena Jaczek.

The Honourable Anita Anand, Minister of National Defence, said “the very first item in my mandate letter is to ensure that the Canadian Armed Forces is a twenty-first century military with the capabilities, equipment and culture needed to keep Canadians safe. Today’s announcement will ensure the delivery of effective, modern equipment to the Royal Canadian Navy and help keep its members protected. Advanced mine detection and disposal tools such as those being acquired through this project will improve the safety of our vessels and our people.”

The two contracts were awarded to Kraken Robotic Systems Inc. of Mount Pearl, N.L. They are valued at up to $57.9 million (taxes included). The new systems will help ensure the safety of the vessel and crew members by identifying and destroying sea mines and underwater improvised explosive devices. While they can also be used on other RCN ships as operations require, the RMDS will be primarily used on Kingston-class vessels. Of primary importance is the protection of Canadian warships deployed overseas where the mine threat is assessed as high.

“I am pleased for today’s announcement of this contract award to Kraken Robotic Systems Inc.  This contract demonstrates our continued commitment to provide the Royal Canadian Navy and its members with the advanced equipment they need to do their job, at the best value for Canadians,” said The Honourable Helena Jaczek, Minister of Public Services and Procurement.

The Government of Canada is committed to providing the RCN with the modern equipment it needs to maintain critical operational maritime capabilities as outlined in Canada’s defence policy, Strong, Secure, Engaged.

“The Remote Mine-hunting and Disposal System will bring new and much needed capabilities to our fleets. As the characteristics of naval warfare are changing, integrating this new technology into our current fleet will enable the Navy to quickly detect and neutralize the threat of underwater mines and to increase our underwater awareness, both at home and internationally,”Expressed Vice-Admiral Angus Topshee, Commander, Royal Canadian Navy.