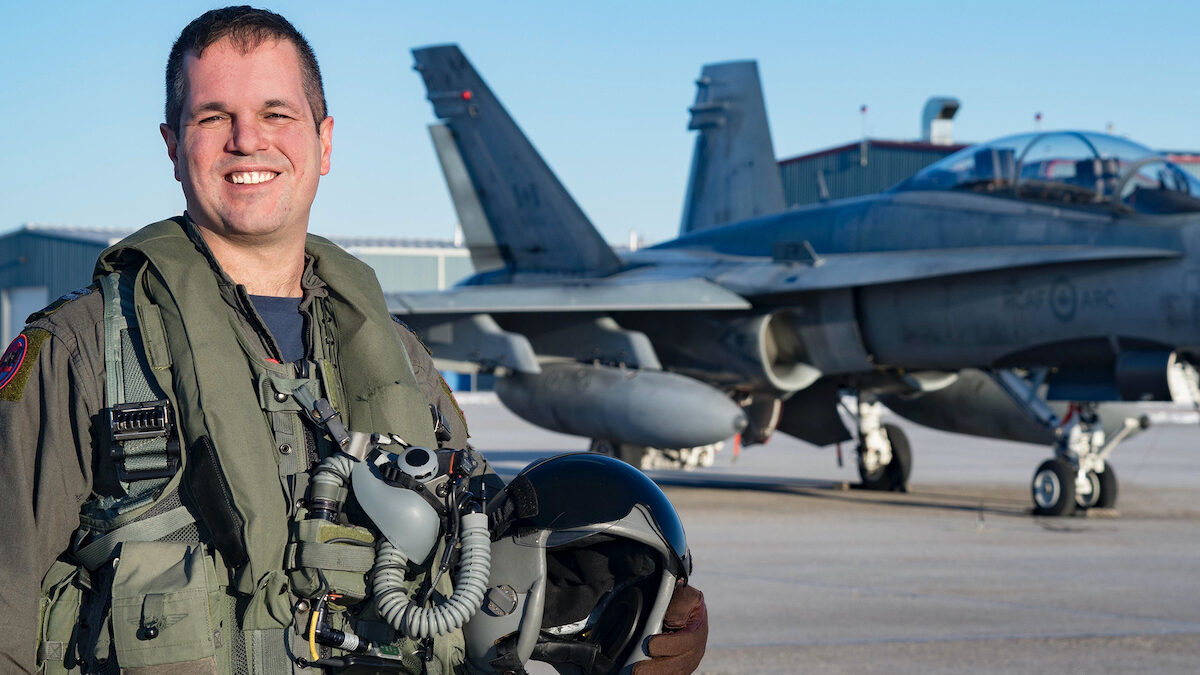 The Royal Canadian Air Force is pleased to announce the appointment of Captain Dan Deluce as the pilot for the 2020 CF-18 Demonstration Team. PHOTO: RCAF
News

Captain Daniel Deluce has been an avid aviation fan his whole life. Coming from a large aviation family, he was especially interested in fighter aircraft growing up, thanks to his grandfather who was a Royal Canadian Air Force Hurricane pilot during the Second World War.

Born and raised in Toronto, Ontario, Captain Deluce attended many airshows throughout his life and his fondest memories are of attending the Toronto airshow with his family. During which he was always envious of the people who got to fly above the crowds over his hometown.

Thanks to his father, a commercial pilot of 40 years, Captain Deluce started flying aircraft as a child. Beginning with basic aircraft handling and aircraft attitudes, his father’s lessons eventually evolved into family trips flying small floatplanes into fishing camps with Daniel or one of his siblings at the controls. It was these early childhood experiences in aviation that led him to pursue his private pilot’s license at 16 years old.

Studying chemical engineering at the University of Toronto only strengthened Captain Deluce’s desire to fly high-performance aircraft. To him, aviation represented the most amazing blend of science and technology, nature, and the human desire to push the limits.  After graduation in 2006, he completed his civilian commercial pilot license with a multi-engine instrument rating.

Captain Deluce then moved to Northern Ontario to work for an air charter and medevac company. After many long months working as a dispatcher, he started flying as a co-pilot on a PC-12 aircraft.  He continued flying with the company until 2010 when he was accepted into the RCAF and was given the opportunity to follow his dream of becoming a fighter pilot.

After completing basic and second language training in Saint-Jean-sur-Richelieu, Quebec, Captain Deluce began flight training in 2012. Upon completion of phase II flight training at 2 Canadian Forces Flying Training School in Moose Jaw, Saskatchewan, he was selected to fly jet aircraft and continued training on the CT-155 Hawk, where he would go on to receive his RCAF pilot’s wings.

Captain Deluce began his current position in 2018 as an instructor at 419 Tactical Fighter (Training) Squadron, teaching Canada’s newest aspiring fighter pilots under the NATO Flying Training in Canada program. He is currently dual-qualified on the CT-155 Hawk and continues to fly the CF-188 in training and operational roles.

Captain Deluce has actively trained throughout Canada and the United States with the Hornet and has served on NORAD missions across Canada. In 2017, he also deployed to Romania as part of Operation REASSURANCE, Canada’s contribution to NATO enhanced air policing.

Annually, the RCAF selects a special group of personnel from across Canada to make up the CF-18 Demonstration Team. This team is made up of 13 members – the Demo pilot, eight technicians, three safety pilots, and a public affairs officer/narrator.

“I am very excited for the opportunity to return as the CF-18 Demonstration Team Pilot for 2021. It is an honour and a pleasure flying the CF-18 for Canada and representing the RCAF, and I am looking forward to sharing my passion for aviation with Canadians next summer,” said Captain Deluce. “After a challenging year, I hope our shows help lift some spirits and remind everyone how resilient we can be in the face of adversity. At the same time, I want to share with you what the RCAF is capable of, and demonstrate our commitment to serving Canadians no matter the conditions.”