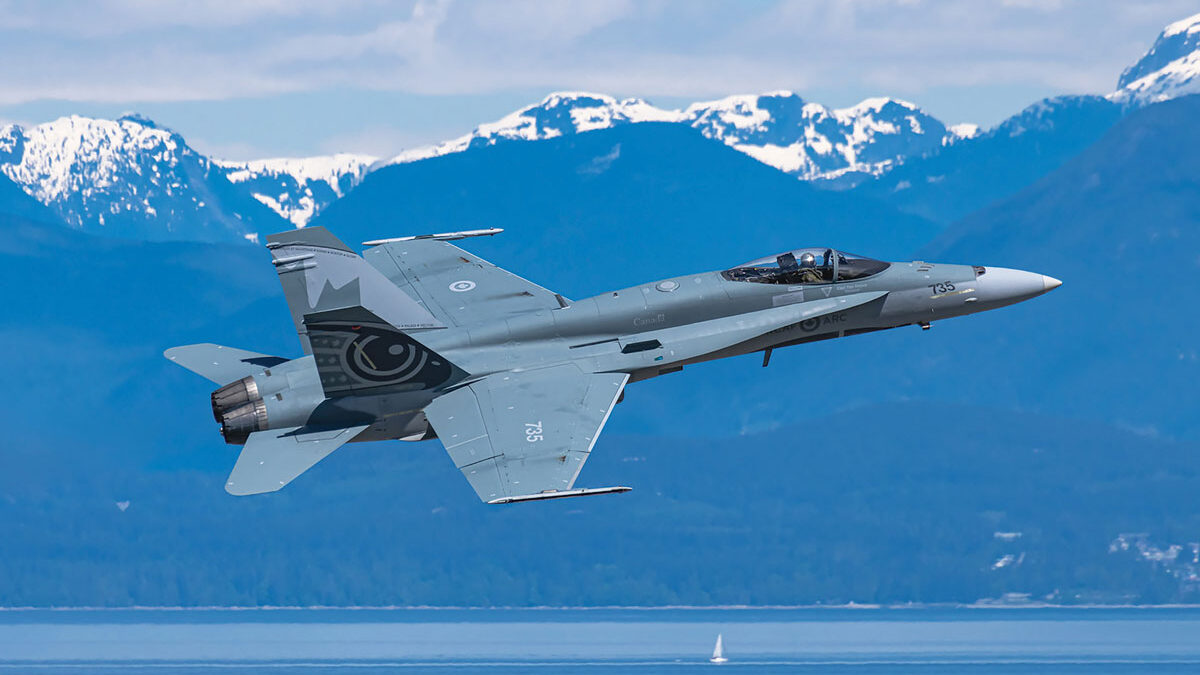 On August 14th, 2021, the North American defence chiefs released a joint statement reaffirming shared commitments to “modernize, improve, and better integrate the capabilities required for NORAD to maintain persistent awareness and understanding of potential threats to North America in the aerospace and maritime domains, to deter acts of aggression against North America, to respond to aerospace threats quickly and decisively when required, and to provide maritime warning consistent with the NORAD Agreement.”[1] With the focus on emerging aerospace threats and the Arctic as a traditional avenue of approach, the bi-national strategic communication lists several priority areas in need of fiscal support, including 1) situational awareness, 2) modernized command and control systems, 3) capabilities to deter and defeat aerospace threats to North America, and 4) research, development, and innovation. Without doubt, such statements are meant for both foreign and domestic audiences. However, this specific statement likely targeted the North American readership far more than our allies and adversaries. At face value, the joint statement seems straightforward and logical. However, ‘the devil is in the details’ with respect to the maritime dimension of future challenges, the changing missile threat, and the political-military realities of shared responsibility.

While a modernized NORAD will acquire new technological capabilities it will certainly expand its scope as well – moving closer to the long sought after “all domain awareness.”[2] This will include giving substance to its long-standing maritime warning mission. That role was added in 2006 as part of the North American war on terror to reduce stove-piping and identify potential weapons smugglers, terrorists, or criminal threats to the continent.[3] In practice, however, this mission was never fully developed and the maritime realm remained largely a paper tasking, unfamiliar and underprioritized in NORAD headquarters.

In a global security dynamic defined by terrorism and peace enforcement operations, the Arctic maritime realm was never going to be a priority. With Great Power Competition now elevated to the top of the threat environment, modernization of NORAD and North American defence have additional pressure to manage.[4] No longer a protective glacis, the maritime Arctic is once more conceived as a potential avenue of attack. In their 2020 article “Hardening the Shield,” former NORAD Commander Terrence J. O’Shaughnessy and Deputy Director Ops Peter M. Fesler anticipate new Russian and Chinese submarine (and aerospace) threats based on the latest generation of cruise missile technology. In practice, this could mean ultra-quiet nuclear-powered submarines striking key logistics hubs or command and control nodes in North America from several thousand miles away. To accentuate this point, O’Shaughnessy and Fesler point to rehearsals now underway in the approaches to the continent.[5]

Apart from the familiar Russian threat, the North American partners must also consider Chinese interest in Arctic waters. Academics are now pointing to the potential threat of Chinese submarine operations in the Arctic Ocean, using the region to interdict allied shipping or as a strategic basin in which to deploy ballistic missile submarines.[6] Speaking to the Arctic Council in 2019, Secretary of State Mike Pompeo highlighted “China’s pattern of aggressive behavior elsewhere” and – mentioning submarines – asked “do we want the Arctic Ocean to transform into a new South China Sea, fraught with militarization and competing territorial claims?”[7] While such a presence is hypothetical (and perhaps unlikely),[8] it is of sufficient concern to warrant a place in the US Navy’s Arctic Strategy.[9]

Equally concerning is the evolution of hybrid threats. Unconventional security threats – from environmental degradation and criminal action to trespassing and major disasters – have dominated Canadian Arctic security thinking for decades.[10] Today, North Americans must anticipate state-sanctioned threats the likes of which are manifesting themselves across the globe. In recent years China has deployed its civilian fishing fleets and maritime militia to achieve state objectives with a degree of plausible deniability, with the People’s Liberation Army Navy (PLAN) left in the background as an implicit threat. In the Arctic, China may again employ these assets – working in a grey zone between traditional war and genuine peace.[11] In the South China Sea that might mean a ‘civilian’ ship ramming the Vietnamese Coast Guard. In the Arctic it might be Chinese fishing trawlers illegally harvesting or blocking or harassing the fleets of other states.[12]

Whether it is the kinetic threats posited by O’Shaughnessy and Fesler or unconventional dangers, the need for a comprehensive maritime picture will continue to increase. The technology needed to collect, deliver, and fuse this data into usable information is still under consideration but will include the harmonization of surface radar, under-sea(ice) acoustic detection, and satellite surveillance. Today, Canada’s RADARSAT constellation provides only episodic coverage while its subsurface research and development hit serious problems in the Northern Watch project.[13] Arctic capable platforms are also few – though that is changing with the deployment of the Harry DeWolf-class Arctic and Offshore Patrol Vessels.

Ultimately, Canada and the United States will need to extend the kind of close cooperation, information sharing, and even response capabilities that currently exist in the aerospace domain to the maritime one. Tracking the growing number of ships in a warming Arctic will require better technology and integrated surveillance systems. Responding will also require a combined approach. In the Arctic, platforms are few and far between – and will remain so even after the promised Canadian and American icebreakers and patrol ships are online.

The adversarial advancements in missile capabilities have changed the calculus with regard to defence. Much like a reverse version of the Reagan ‘Star Wars’ program at the end of the Cold War, the developing cruise missile threats to North America could put the U.S. and Canada into economic circumstances of significant pressure that ultimately benefits adversaries. To make matters worse, area- and point-defence solutions against emerging threats and variants (such as hypersonic cruise missiles) barely exist – in concept or reality. Current missile defence systems do not seem adaptable to the developing threats either, given the speeds and maneuverability of advanced, longer-range hypersonic cruise missiles.[14] Detection, discrimination, and intercept capabilities might require an entirely new defence enterprise. Moreover, the traditional problems of high-latitude communications persist.[15] Modernized defence systems will require far more intense information needs. These fundamental problems are well-known issues to adversaries who understand that defending against and defeating advanced delivery systems may entail disproportionately high costs compared to the threat itself.

Even if all threats and capability needs are well defined, resourcing is the essential final step. North American defence involves responsibilities distributed between the United States and Canada. Both the U.S. Department of Defense (DOD) and the Department of National Defence (DND) share a variety of strategic missions overseen by NORAD. Although this binational command is unlike any other multinational military organization, the command has its challenges. Leaders must carefully traverse the politics and security priorities of their respective nations. Such interaction can be understood effectively as part of a political-military composite defined as “the constructive and effective interaction between politicians – or more correctly, government ministers, – and their military advisers” involving a “process of balancing the ends to be achieved (as defined by policy) with ways and means available, including the development and application of ways and means to achieve the ends.”[16] Kiszely observes that “tensions between political leaders and military advisors can be widespread and suggest that the interaction between them depends on many factors, notably the society, culture, and type of government.”[17] For North American defence, the political-military relationship involves four main actors with regard to NORAD. For DOD/DND, the Office of the Secretary of Defense (OSD) / Ministry of Defence represent the lead military authority and manages the political-related affairs while the geographic combatant command USNORTHCOM / Canadian Armed Forces (CAF) manage the military component. While this may seem unremarkable and little more than military bureaucracy, the implications of this structure on bi-/national policy and funding clearly indicates the complexity and necessity of understanding the pol-mil aspect of NORAD.

The joint statement by the North American defence chiefs articulates a clear position forward concerning issues involving extraordinary uncertainty. Although NORAD must modernize, the why remains evident while the how endures with difficulties. Developing adversarial threats and environmental security issues yet to be fully understood continues to frustrate progress towards a modernization ambitions. Yet, despite the challenges, NORAD has maintained a historical record of effectiveness in providing continental defence and global maritime warning. To date, Canada and the United States have proven that two states can work together to consistently achieve superior results regardless of military and political differences. Some may think that today’s emerging threats represent a game changer, likely beyond North American commitment and capabilities. Such sentiment has existed as long as the binational command. However, history indicates that NORAD will continue to succeed in its mission to protect North America. Done together, the next step – and every step – represents a partnership of progress and binational resolve.

[2] This concept has been evolving for years and is well described in: Terrence J. O’Shaughnessy and Peter M. Fesler, “Hardening the Shield: A Credible Deterrent & Capable Defense for North America,” (Canada Institute/Wilson Center, 2020).

[8] For a complete analysis see: Adam Lajeunesse and Tim Choi, “Here there be Dragons? Chinese Submarine Options in the Arctic,” Journal of Strategic Studies (July 2021).

[11] Rebecca Pincus and Walter A. Berbrick, “Gray Zones in a Blue Arctic: Grappling with China’s Growing Influence,” War on the Rocks (October 24, 2018) and Swee Lean Collin Koh, “China’s Strategic Interest in the Arctic goes beyond Economic,” Defense News (May 12, 2020).

[17] “The Political-Military Dynamic in the Conduct of Strategy,” 3-4.

Is Lockheed Martin’s C-130 on a flight path towards 100 years of service?

EP 90: Lee Obst shares what to expect from Rockwell Collins Canada at CANSEC 2018

Defence companies want Ottawa to adopt made in Canada policy

A “game-changer” for UAVs? Feds invest in UVic program