Home > Sponsored > Looking to the Cloud: Savvy Defence Departments Can Now Get Tech Solutions in Weeks vs. Years 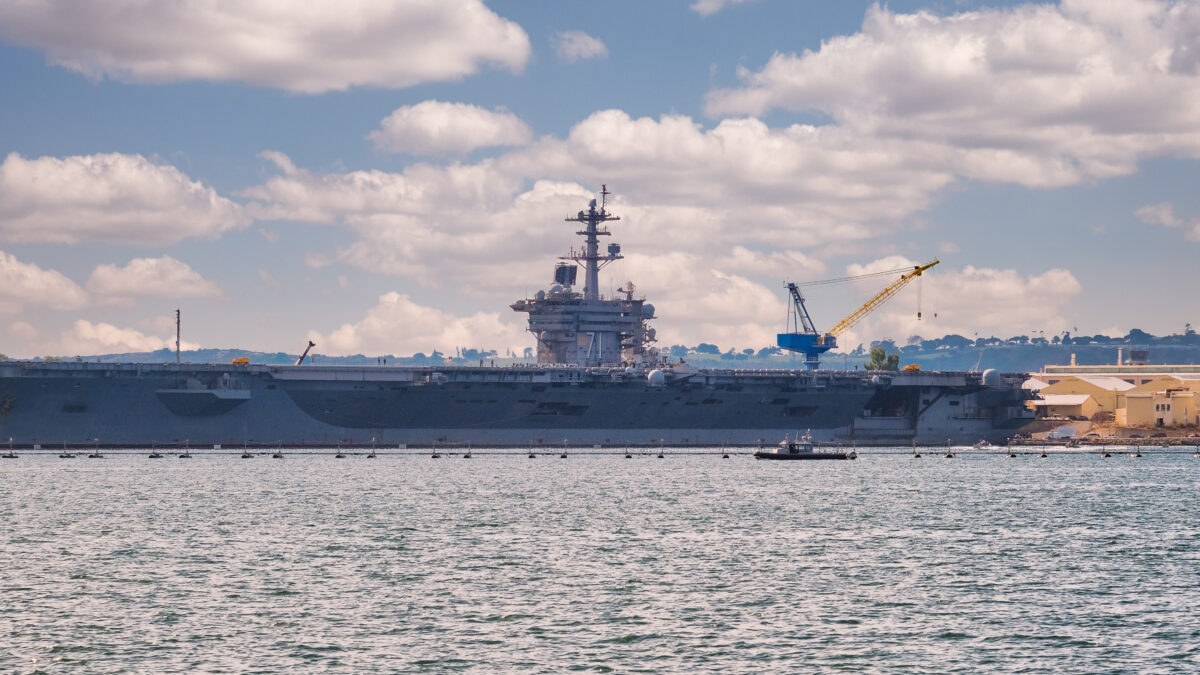 Communications is a critical part of what defence departments do, day in and day out. Whether it’s getting intel for situational awareness, sharing real-time information to support collaboration with allies, or optimizing logistics—it all comes down to a coordinated effort to share data from parts of the world that are often remote.

In March 2020, the U.S. Navy faced a unique type of battle on the USS Theodore Roosevelt: COVID-19 was spreading through the fleet. Sent to Guam and held at port, the ship’s crew of about 4,800 personnel needed to be tracked and documented, but through a self-reporting tool that would enable users to enter their symptoms and temperatures remotely, in order to limit the spread of the virus.

Developing and rolling out such an app in the pandemic’s early days required the Navy to change its networking practices. For security reasons, Wi-Fi was typically not allowed on in the ship. However, Wi-Fi-connected devices were critical to making the tracking system work, so the Navy developed a secure way to allow only those transmissions, whether they came from the ship’s network, a personal device, or a hotel room in Guam where users were quarantined. It was also important that the solution be useable anywhere in the world the fleet went.

Working with Amazon Web Services (AWS), and other partners, the Navy was able to bring cloud computing to the edge of the USS Roosevelt and seven other force-level ships with AWS Snowball—an edge computing, data migration, and edge storage device—and create an end-to-end deployment of capabilities at sea that enabled data to be sent back to the cloud. Typically, a roll-out like this would have taken years to deliver, but the team was able to get its new application running, with all of the security and stability the Navy required, in five weeks.

The AWS cloud brings numerous competitive advantages, including giving armed forces technologically advanced solutions—whether on land, in the air, or at sea. The ability to collect, process, and analyze data can make the difference between a mission’s success or failure. The cloud enables data collection that provides actionable insights to command centres, and in real-time.

The cloud is also playing a key role in areas that include military maintenance and secure communications. AWS acquired Wickr in June 2021. Wickr—now an AWS company—helps organizations protect their collaboration with a secure and compliant solution. Wickr delivers advanced security features not available from traditional communications services.

In the United States, cloud technology has provided secure, scalable, and cost-efficient solutions that have helped agencies meet mandates, drive efficiencies, increase innovation, and secure mission-critical workloads across the Department of Defense.

Here in Canada, recent global events have led the federal government to recognize the urgent need to beef up its armed forces. It’s buying a fleet of F-35 fighter jets—where many parts of the program are evaluating and migrating to cloud-based solutions – and has announced $8 billion in additional defence funding in the 2022 federal budget. The $8 billion in the budget also includes modernizing Canada’s contribution to the NORAD aerospace defence network and increasing its commitment to NATO collective defence.

The cloud is having a major impact on defence at this defining period in history, and is poised to bring even more efficiencies and strategic advantages to defence and intelligence organizations. Savvy governments and their defence departments are seizing the moment, and Canada is poised to embrace—and to benefit enormously from—the much-needed change.