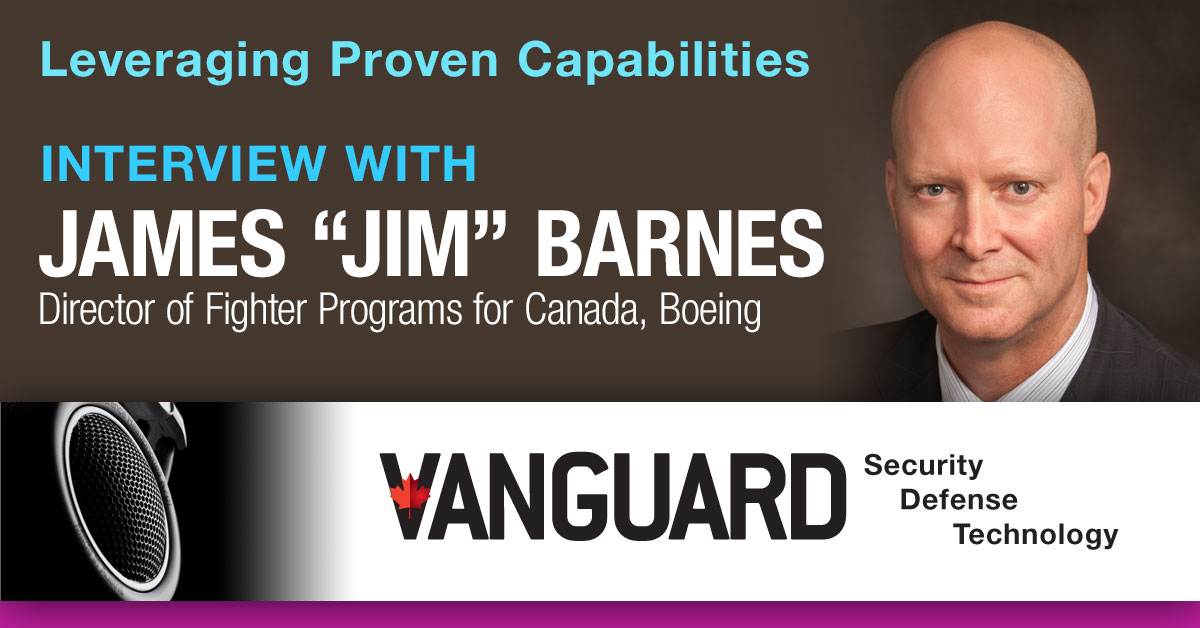 As our listeners would know, Boeing is one of the contenders for the Future Fighter Capability Project (FFCP), in which the Government of Canada is looking to acquire 88 advanced fighter jets to provide the capability the Canadian Armed Forces needs to ensure the safety and security of Canadians and meet its international obligations. This is the most significant investment for the Royal Canadian Air Force in more than 30 years. You can learn more about Boeing’s offering for the FFCP here.

Joining host J. Richard Jones to speak more on this subject is Jim Barnes, Director of Fighter Programs in Canada for Boeing Defense, Space & Security and regional director for the Americas. In this role, Jim leads the team responsible for sales and marketing of all Boeing fighter programs in these countries.  Prior to this assignment, Jim was director of BDS Canada Global Marketing for five years working in Boeing Canada’s Ottawa office.

Jim joined Boeing in 1988, and has held roles supporting F/A-18 Super Hornet campaigns in Canada, Malaysia and Japan. He has also served as the on-site representative at Patuxent River, Md., for BDS Naval Programs, contributing to the development and testing of a variety of aircraft and missile systems.