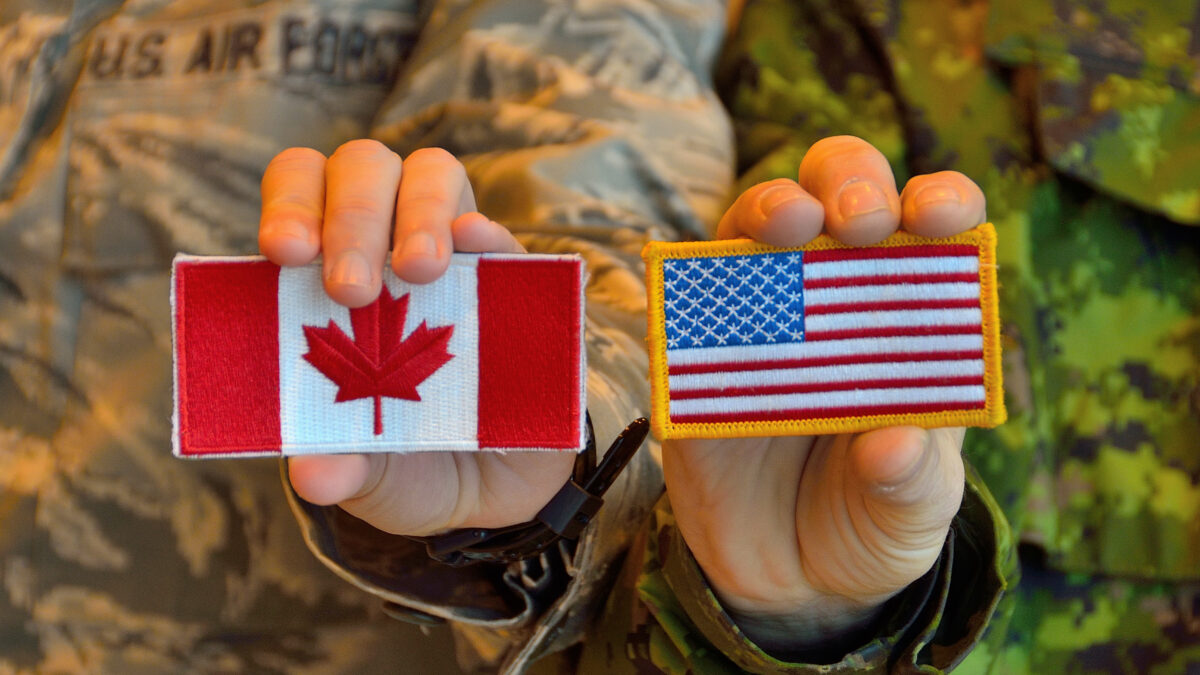 Continental air defence and the modernization of the North Warning System (NWS) has long been on the docket of Canada’s Liberal government. Last updated in 1985 under the North American Air Defence Modernization (NAADM) agreement, the NWS is being overtaken by technological advances and has limited capability against the latest airborne threats. Minister of National Defence (MND) Anita Anand linked recent government commitments to funding North American Aerospace Defence Command (NORAD) upgrades, and improvements to Canada’s overall contribution to continental air defence, to Russian aggression in Ukraine and its use in that conflict of hypersonic missiles.

Hypersonic missiles are harder to detect and counter, but it is the speed of these weapon systems that is a key factor driving NORAD modernization. With velocities several times the speed of sound, it is necessary to extend radar coverage far beyond what is currently available through the NWS to allow governments and military organizations the time to react. Yet, detection is only one element of the equation and investments are being made to improve the overall communication backbone available to Canada and NORAD, especially in the Arctic, as well as the means, aircraft, weapons, and facilities, to respond appropriately.

These initiatives are not new. The need for NORAD modernization, improved Arctic surveillance and communication capabilities, as well as, updating Canada’s air defence forces were outlined in the government’s 2017 Strong, Secure, Engaged: Canada’s Defence Policy (SSE). Promising comprehensive and stable, multi-year defence funding, reaching the goals outlined in SSE were slowed due to the pandemic. With the nation gradually emerging from the shadow of COVID-19, the Liberal government has been grappling with re-starting a number of previously announced domestic and international programs, of which defence, while large in terms of promised funding, was not at the top of the list. The war in Ukraine and the increased belligerence of Russia, coupled with subtle, and sometimes not so subtle, prodding by the United States (US), has reinvigorated the government on defence matters. Still, the funding announced is not entirely new; in most cases it is a reiteration of commitments and programs highlighted in the SSE.

In broad terms, improvements to continental air defence, of which NORAD modernization is the core, is being pursued along five areas of investment totalling $38.6 billion spread over two decades. Although often related and co-dependent, each of these areas represents a separate economic and defence thrust. The first seeks to improve the ability to detect threats faster and more precisely by committing $6.96 billion updating surveillance systems. These systems will be supported by $4.31 billion in comprehensive enhancements to command, control, and communication (C3) connectivity and technology that will increase both analytical and speed-of-transmission capabilities. The third line of activity seeks to increase the CAF’s ability to deter and defeat aerospace threats through the modernization of the Royal Canadian Air Force’s (RCAF) weapon systems, specifically through the acquisition of advanced air-to-air short, medium, and long-range missiles at a calculated cost of $6.38 billion. By far the largest piece of the pie, $15.68 billion, is being directed towards new infrastructure and support capabilities throughout Canada, but with a special emphasis on northern facilities. Finally, the government seeks to ensure that investments noted above remain relevant by committing $4.28 billion to allow Defence Research and Development Canada (DRDC) to create a science and technology program that, in conjunction with the US, will address new and emerging threats.

Each of the funding areas warrant a closer look, but for the purposes of this article additional detail will be provided concerning surveillance systems, communications and technology, and infrastructure and support capabilities.

Under the umbrella of a new Northern Approaches Surveillance System, terrestrial investment will focus on upgrading NORAD’s northern radar capabilities. Both Arctic and a Polar Over-the-Horizon Radar (A-OTHR and P-OTHR respectively) systems are planned as part of the NORAD modernization program. Using skywave or “skip” propagation, these systems will employ shortwave signals that are refracted or “bounced” off the ionosphere permitting detection ranges far in excess of those achieved by older line-of-sight radars limited by the curvature of the earth. Consisting of a transmitting and receiving facility, A-OTHR will permit NORAD to detect and track airborne targets from the Canada – US border to the Arctic circle (the distance from Toronto to the Arctic circle is approximately 2,545 kilometres). The P-OTHR system will provide an early warning detection and tracking capability covering the northernmost approaches to North America, including all the Canadian Arctic Archipelago, and beyond. Both systems will be augmented by additional classified sensors (Crossbow) placed in select locations throughout the North.

There is also a space-based element to NORAD modernization. Under the All-Domain Situational Awareness (ADSA) program, funded by DRDC, three micro-satellites for Arctic surveillance are being developed by Space Flight Laboratory (SFL), Toronto. Dubbed project “Gray Jay,” the three low-earth satellites, ranging in mass from 20-30 kilograms, are based on the proven SFL Defiant platform permitting a scalable range of sensor and communication equipment to be accommodated. With an estimated cost of $15 million inclusive of launch, their deployment is planned for the fourth quarter of 2023 and will significantly increase domain awareness for NORAD and the CAF.

In partnership with the US, the Tactical Narrowband SATCOM – Geosynchronous (TNS-GEO) project will provide the CAF with narrowband ultra-high frequency (UHF) SATCOM from 65° North to 65° South latitude – virtually the entire earth’s surface less the High Arctic and Antarctica. To ensure dedicated, secure, and reliable communications for the Canadian north, ESCP-P with provide UHF narrowband and wideband SATCOMs in support of NORAD and Joint Task Force North. Other nations, such as New Zealand, Denmark, Norway, the US, and France, have indicated an interest in working with Canada on this project. Although development will progress slowly, initial estimates are that the ESCP-P will commence operation in 2034, it will be interoperable with US and NATO militaries.

Project Pathfinder is a combined NORAD – US Northern Command (USNORTHCOM) initiative to ensure information dominance leading to decision superiority (ie. The right decision at the right time in advance of a potential adversary). Building upon existing and emerging technologies, Pathfinder will permit increasingly rapid integration of more data from more sources to negate information-silos and create a “data-fabric” that analysts can exploit. A cloud-based architecture accessible, depending upon need and security protocols, will permit decision makers from the operational to the tactical level the information required to make informed, rapid, and most importantly, correct decisions

Funds in this activity area span the breadth of the country and will be heavily tied to Canada’s new fighter aircraft. Interestingly, the purchase of 88 advanced fighter aircraft under the Future Fighter Capability Project (FFCP) is not touted as part of the government’s commitment to continental air defence and NORAD modernization – it is a separate project. Still, the acquisition of the Lockheed Martin F-35 will, of necessity, heavily influence virtually all aspects of the government’s continental air defence goals. For example, the RCAF’s current Forward Operating Locations (FOL) at Yellowknife and Inuvik, Northwest Territories, Iqaluit, Nunavut, and Goose Bay, Labrador, have basic shelter and support facilities geared to the CF-188 Hornet and will need to be upgraded to handle the F-35 both from an operating, security, and connectivity perspective. The FOLs are critical to NORAD’s ability to power-project northward to meet potential threats.

The same is true for the other key points highlighted by the government in this area. All of the Quick Reaction Alert (QRA) facilities at airfields such as 8 Wing Trenton, Ontario, and 19 Wing, Comox, British Columbia, will require extensive upgrades to make them compatible with the new aircraft. The QRA’s are a vital component of NORAD’s and the RCAF’s ability to mount effective airborne security over major cities and sensitive infrastructure to deter and respond to potential terrorist acts. And although the details are still being worked out, the modernization of the RCAF’s operational training infrastructure will need to adjust to the technological leap forthcoming with the F-35. It will take years to implement the infrastructure and training changes.

The government is moving ahead with the acquisition of replacements for the RCAF’s aging fleet of five CC-150 Polaris transport aircraft. Dual purposed for strategic airlift and air-to-air refueling, the Polaris are more than thirty-years old and becoming increasingly expensive and difficult to operate. Recently the government announced the purchase of two used Airbus A310-300s as part of the Strategic Tanker Transport Capability (STTC) project. The first of a planned six aircraft acquisition, will be modified at a later date to a multi-role tanker transport configuration. The new AAR aircraft will be a key element of the RCAF’s ability to meet the government’s NORAD and NATO obligations.

The government has set forth an ambitious and correspondingly expensive set of programs which, although achievable, may run afoul of a number of pitfalls. First and foremost is funding sustainability. Although each of the investment areas underpinning improvements to continental air defence and NORAD modernization have substantial funds allocated to them, they are spread over a twenty-year period. While the length of the commitment is understandable, given technological and geo-political uncertainty, not to mention the slow-speed of the Canadian military procurement process, it leaves the “plan” susceptible to competing governmental priorities, changes in government, and that ever elusive factor – will. Right now, ably annunciated by the MND, supported by Prime Minster Trudeau, a militant and resurgent Russia is the catalyst for increased defensive measures. In many ways, our current level of activity is reminiscent of the Cold War. However, like the Cold War, the real, or perceived, diminishment of the “threat-du-jour” may spark interest in another “peace-dividend” rendering the plan mute.

Another issue to be considered is the ability of the CAF to develop, procure, and, ultimately, operate the new processes, facilities, and equipment. Simply put, will there be enough soldiers, sailors, and air force personnel to get the job done? Recent figures indicate that the CAF is approximately 10,000 members short of its authorized strength of 100,000 regular and reserve personnel. And of that number, roughly 2,000 are allocated to the RCAF; critically important given the aerospace-centricity of air defence and NORAD modernization. There is no rapid solution to this dilemma as the complexity of these programs and capabilities demand training, knowledge, and skill sets that take years to obtain. Therefore, even if the CAF manages to recruit the necessary personnel, it will still struggle to achieve government-directed goals.

Improvements to continental air defence, centred on NORAD modernization, has long been a stated goal of successive Canadian governments. The proposed program, first articulated in 2017’s SSE is poised to move forward at a rapid pace. And although there may be difficulties ahead, the government’s ambitious program outlines necessary steps to bring the enterprise into the 21st century.