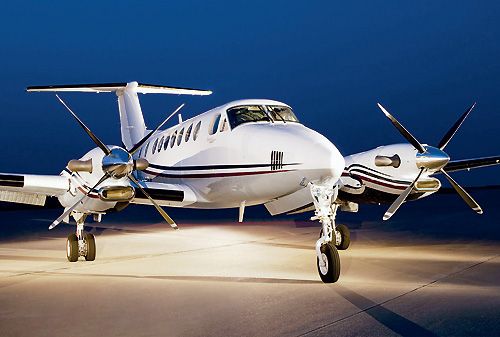 Public Services and Procurement Canada, on behalf of the Department of National Defence, has awarded a contract for the in-service support and maintenance of the 3 King Air 350ER aircraft to Team CERTAS. Team CERTAS consists of General Dynamics Mission Systems–Canada and Voyageur Aviation Corporation, who won the contract following an open and competitive process.

This initial in-service support and maintenance contract will run for 8 years at a value of about $72 million and could be extended for over 20 years. This will support the Royal Canadian Air Force with general aircraft maintenance and deployment logistics, and provide training and engineering services.

According to a news release, these aircraft will be configured with military-grade advanced sensors and secure communications equipment, which will improve situational awareness on the ground to support the operations of the Canadian Armed Forces both at home and abroad. They will be fully integrated with associated mission systems and delivered to Canada in 2022.

The in-service support contract is being awarded in advance of the 2022 delivery date to ensure that all necessary military airworthiness accreditations and specialized training are in place, and to prepare the worksite at Canadian Forces Base Trenton in Ontario to receive the aircraft.

On-Demand C4ISR and Beyond 2021 Video – Panel 2: Networks in the Digital Age