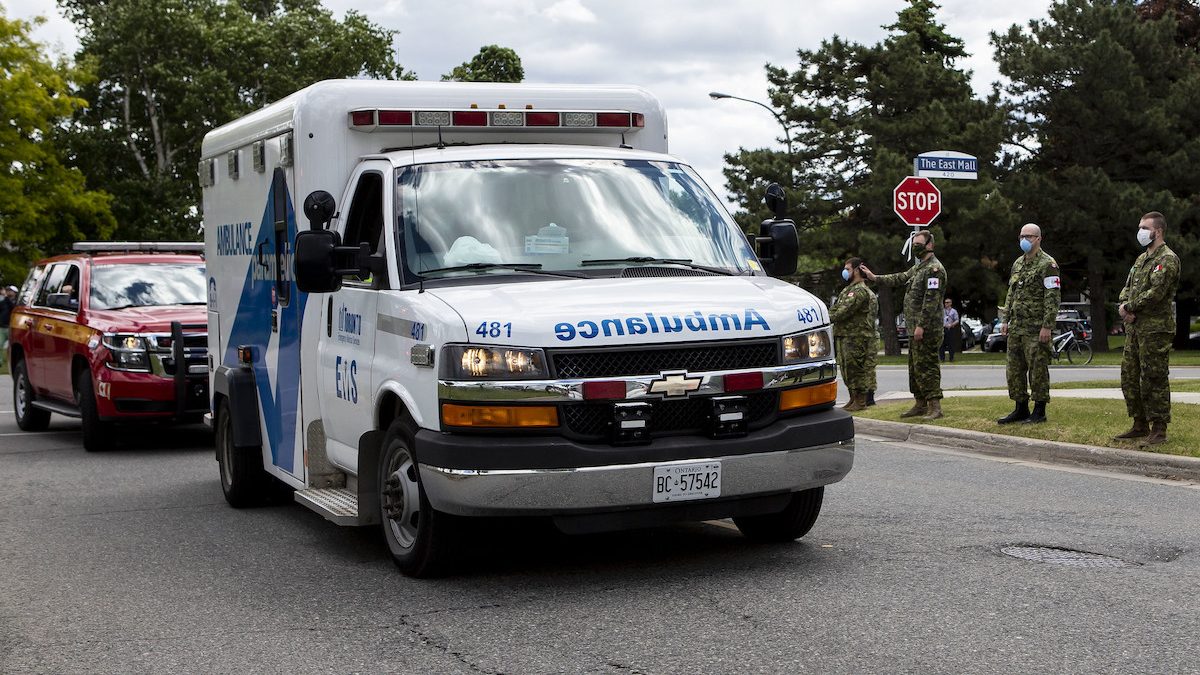 From June 22 to 25, a large number of Canadian Armed Forces vehicles and personnel will be travelling on the roads between the Canadian Forces Base (CFB) Borden and other various military units across Ontario.

In early April, the Joint Task Force Central (JTFC) deployed about 500 CAF members to CFB Borden to support Operation LASER. This Operation was the CAF’s contribution to the government’s approach to fighting COVID-19. Based on a request from the Province of Ontario, CAF members from CFB Borden were deployed to seven long-term care facilities (LTCF) in the GTA. Now, with their tasks completed, the military personnel are returning to their home units across Ontario in anticipation of their next assignment.

If you are driving or using the road as pedestrians, National Defence is requesting that you be patient and show your support to the troops as they make this move.

The Joint Task Force Central has a mandate to support the Public Health Agency of Canada, Public Safety, and other government departments in responding to requests for assistance to Canadians and vulnerable communities during any crisis in Canada.

A warning to Canadian government and businesses: COVID-19 opens a back door to cyberattacks