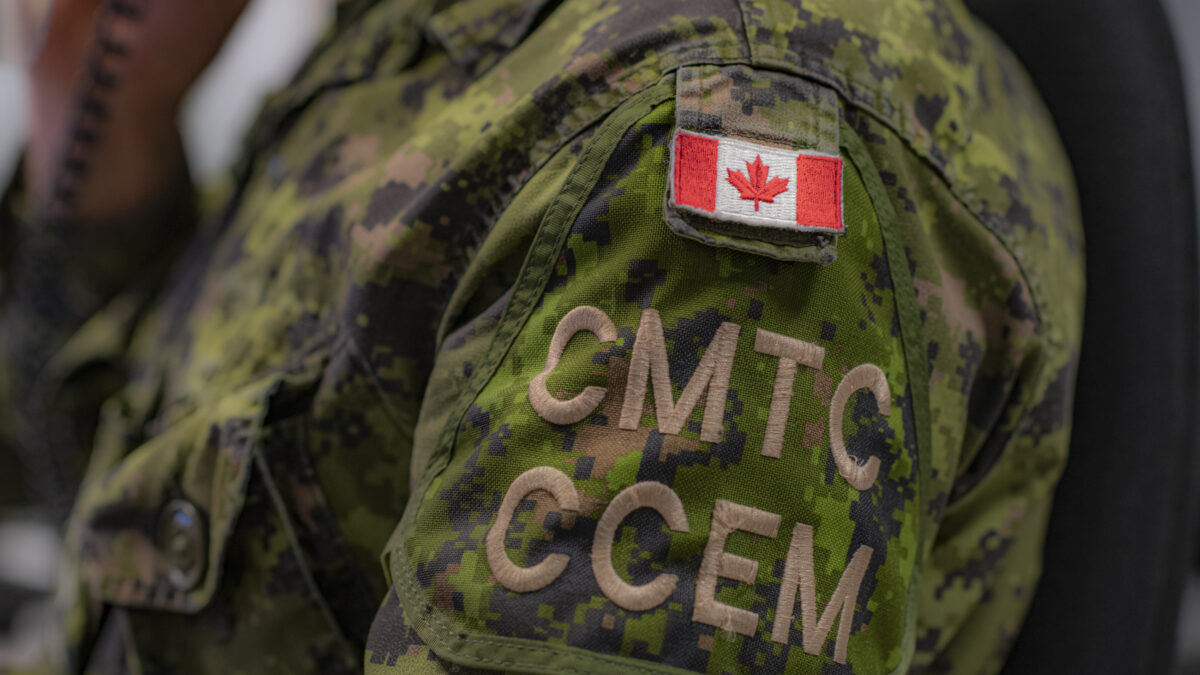 Expectations for an increase in defence spending ahead of Budget 2022 were higher than any other budget in recent memory. Russia’s invasion of Ukraine on February 24 created an intense interest in defence and security issues in the span of a few weeks than Canada had experienced in years. The invasion also created significant changes in the global security landscape, most notably Germany’s commitment to reach the NATO target of spending two percent of GDP to defence and spend an extra (Euro symbol)100 billion. Comments from Prime Minister Trudeau on March 7th, left the impression that the invasion had made his government “open to raising Canada’s military spending.” Finally, the speculation was ratcheted up even further when the Minister of National Defence stated in an interview that “I personally am bringing forward aggressive options which would see, potentially, exceeding the two percent level, hitting the two percent level, and then below the two percent level.” It was unusual language for a cabinet minister ahead of a budget, but comments that fit with the tenor of discussion from many NATO countries.

What Budget 2022 delivered for defence is a modest increase to defence spending, a promise to review Canada’s defence policy, and the Trudeau government’s first expenditure reduction exercise. For Defence, Budget 2022 provides an increase of $8 billion (on an accrual basis) over 5 years to “strengthen Canada’s contributions to our core alliances, bolster the capabilities of the Canadian Armed Forces; continue to support culture change and a safe and healthy working environment in the Canadian Armed Forces and reinforce Canada’s cyber security.” According to data provided by Finance officials, elaborating on the budget’s Chart 5.1 which outlined forecasted funding for DND through 2026/2027 on a cash basis, the additional funding provided in Budget 2022 would result in an annual increase in spending of three percent in 2022/2023 rising to eight percent by 2026/2027. Given consumer inflation running was already running at a multi decade high and Russia’s Invasion of Ukraine has created a further commodity price shock, it is unclear how significant an annual increase the spending will produce once defence specific inflation is factored in. Of note, the chart makes clear that measures taken since the publication of Strong, Secure, Engaged, but prior to Budget 2022 (the 2020 Fall Economic statement and Budget 2021, presumably) had actually added more defence funding than Bud-get 2022, without fanfare. According to a senior government official in the budget lock-up, if the anticipated defence spending occurs as forecast and the budget’s other assumptions hold, by the end of the Budget’s fiscal period, defence spending would reach approximately one and half percent of GDP. Interestingly, the Budget itself makes no mention whatsoever of defence spending as a share of GDP.

A full itemization of that $8 billion is provided in Table 1. The main areas of spending are: ‘Reinforcing our Defence Priorities;’ ‘Supporting Culture Change in the Canadian Armed Forces;’ ‘Enhancing Canada’s Cyber Security;’ ‘Supporting Ukraine;’ and the ’Renewal of Operation Artemis.’ Working through that list in reverse order, the extension of Operation Artemis, a counter terrorism and maritime security mission in the Middle East was renewed in August 2021 and will cost of $120 million over three years. The defence portion of the support for Ukraine contains two major initiatives. The first is an extension of Operation Unifier, ($338 million from 2022/2023 – 202024/2025) Canada’s military support mission for Ukraine, which has evolved from a focus on training Ukrainian forces, to a broader set of activities supporting Ukraine’s fight. The second component of the support to Ukraine is $500 million in 2022/2023 to provide additional military aid to Ukraine. As explained in the budget lock-up by Department of Finance officials, this money would flow through DND, but be used to actually obtain additional military supplies and provide it to Ukrainian forces.

On the cyber front, several initiatives were announced, totalling $875.2 million from 2022/2023 – 2026/20227 to enhance Canada’s cyber defences, and $17.7 million over the same time period to establish a cyber research chair program. The enhancements to cyber defences include the ability of the Communications Security Establishment (CSE) to launch cyber operations to prevent and defend against cyber-attacks ($263.9 million); improvements to CSE’s ability to prevent and respond to cyber-attacks on critical infrastructure ($180.3 million); funding for CSE to make critical government systems more resilient ($252.3 million); and an expansion of cyber security protections for small departments, agencies and Crown corporations ($178.7 million). Supports to Culture Change in the Canadian Armed Forces include $144.3 million over five years to expand health services and physical fitness to be ‘more responsive to women and gender-diverse military personnel,’ and $100.5 million over six years for a range of initiatives including strengthening leadership in the Canadian Armed Force’s; modernizing the military justice system, and engagement and consultation on culture change.

Finally, the most significant funding line in the Budget for Defence was $6.1B over five years, starting in 2022/2023, for “defence priorities, including our continental defence, commitments to our allies and for investments in equipment and technology to immediately increase the capabilities of the Canadian Armed Forces.” Curiously, the Budget itself said little more than that and the officials in the budget lockup had no additional information to provide about the initiative. A Senior Government Official did offer, however, that it was an indication that Canada was ‘prepared to step up with NORAD and NATO’ ‘without putting all of our contributions on the table.’ With a shiny new NATO headquarters in Brussels to pay for, and post February 24 strategic circumstance to address, further support to NATO is not unexpected. Similarly, conversation with the American government have been ongoing for years about modernizing Continental defence, and new technology investments would be required to underpin both. The lack of information in the budget and from officials suggests that the details remain to be worked out and that further engagement with government may be required for DND to start using the funds.

Looking forward, the Budget also committed to two potentially consequential measures for defence. The first is the Trudeau government’s second defence policy review, which will cover “amongst other things, the size and capabilities of the Canadian Armed Forces, its roles and responsibilities, and making sure it has the resources required to keep Canadians safe and contribute to operations around the world.” In her Budget Speech, Finance Minister Chrystia Freedland stated it would be “a swift defence policy review to equip Canada for a world that has become more dangerous.” The actual parameters of the review are not yet clear, and ‘swift’ may be in the eye of the beholder. But in the context of the pre-budget expectation setting by Minister Anand, and ongoing discussions about Canada’s commitments to defence it is worth noting, as the Budget itself did, that the Trudeau government made a substantial increase to the defence budget as a result of its first Defence Policy Review. That came despite the Liberal Party of Canada having campaigned on not increasing defence spending beyond the spending plans they inherited. Given Minister Anand’s recent comments in Washington that she would be “coming forward with a robust package to modernize NORAD and continental defense,” the expectations for this defence policy review would be that it will increase defence spending even further.

Finally, of note, the Trudeau government has entered into a period of more restrained fiscal policy. The Budget also announced a review of previously announced spending with the objective of reducing the pace and scale of spending that has not yet occurred by up to $3 billion over the next four years. It is also launching a comprehensive Strategic Policy Review, targeting $6 billion over five years, and aimed at $3 billion annually ongoing. That effort will have two streams. The first will assess program effectiveness in meeting the government’s key priorities: economic growth, inclusiveness and fighting climate change. The second stream will identify opportunities for saving and reallocation of resources and examine in particular options for savings that draw on the operation of government during the pandemic. No details were provided about the impact to any particular area of government, but during the last round of expenditure restraint during the 2010s, DND contributed about one fifth of the overall savings, proportional to DND’s share of government operating expenses. The impact this exercise, and medium-term impact of extraordinary commodity price shocks and inflation present in the first half of 2022 will determine the net fiscal impact of Budget 2022 to Defence.

Don’t Label Canada’s Next Fighter an Innovation Just Yet