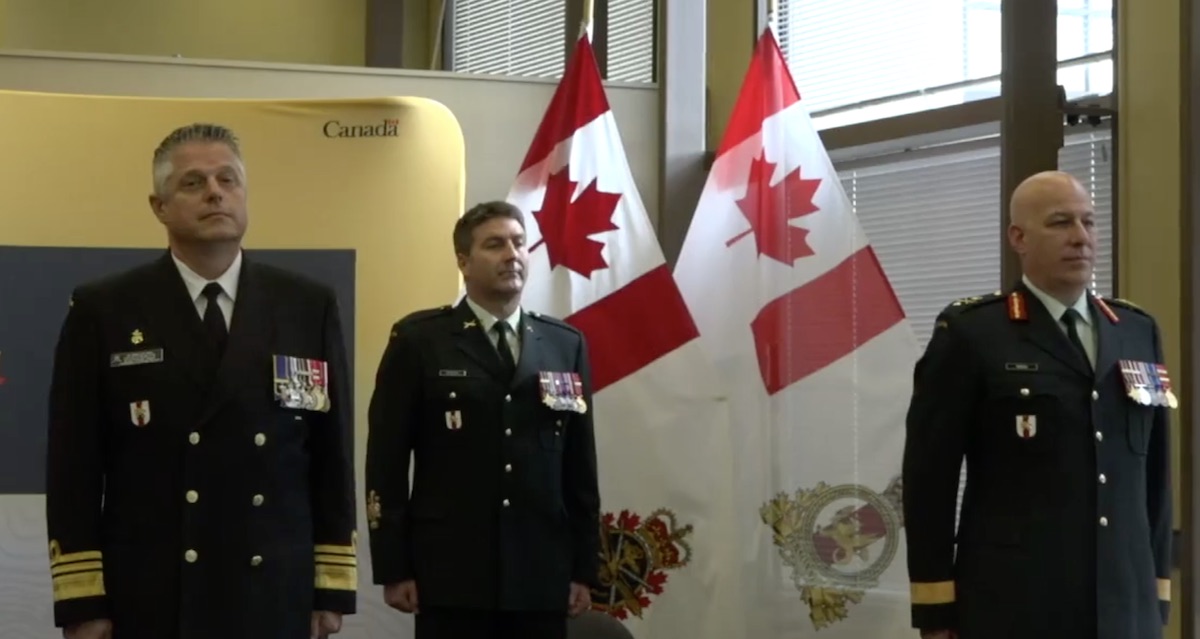 During a small ceremony held today at National Defence Headquarters in Ottawa, BGen Dyrald Cross assumed command of the Canadian Armed Forces Transition Group. The BGen took over command from MGen Mark Misener with VAdm Haydn C. Edmundson, Commander, Military Personnel Command presiding over the ceremony, which was broadcast live on Facebook and can be viewed on the CAF Transition Group Facebook page.

BGen Cross has served in the Canadian Armed Forces for more than 34 years and went on numerous overseas tours including Germany, Bosnia and Herzegovina, and Afghanistan. Most recently, he served as Special Advisor to the Vice Chief of the Defence Staff. With this appointment, he becomes the second commander of the Canadian Armed Forces Transition Group’s since it was stood up in December 2018.

According to a news release, BGen Cross will lead the Group as it continues to grow its capabilities and delivers on the mission to provide personalized, professional, and standardized casualty support and transition services to CAF members and their families. Services will include providing care for ill and injured personnel, their families, and the families of the deceased.

“I want to thank MGen Misener for his tremendous work over the past three years in guiding the stand-up of the Canadian Armed Forces Transition Group, implementing its initial operating capability, and planning for its future,” said VAdm Edmundson. “I have every confidence that BGen Cross will carry on the formation’s vital work in caring for our ill and injured, as well as ensuring that transitioning members and their families are set up for future success.”

MGen Misener will be appointed as Commander First Canadian Division Headquarters, in Kingston Ontario, replacing MGen Dany Fortin. His leadership was instrumental in guiding the stand-up of the Canadian Armed Forces Transition Group, implementing its initial operating capability, and planning for its future.

As the Group evolves, it will continue to work in closely with Veterans Affairs Canada, and its other key partners, to ensure that the transition from life in the Canadian Armed Forces to life after service is as seamless as possible and that Veterans continue their enduring affiliation as part of the larger military family.

The Canadian Armed Forces Transition Group has nine regional Transition Units and 32 Transition Centres located across Canada with its headquarters in Ottawa.