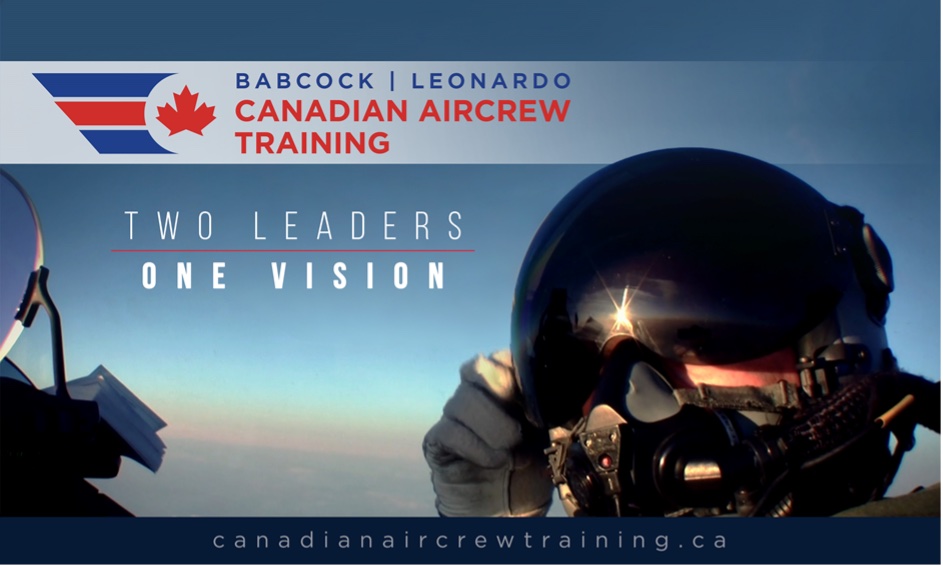 This year two among the most significant aerospace industry leaders have come together in their joint pursuit of a solution for Canada’s Future Aircrew Training (FAcT) program.

In May 2021, Babcock and Leonardo announced their intent to jointly pursue Canada’s FAcT program. In August, a teaming agreement was executed between Babcock Canada and Leonardo Canada, highlighting the two companies’ dedication to Canada, their global expertise and their commitment to being Canada’s ensuring partner for future aircrew training. The team is now known as Babcock Leonardo Canadian Aircrew Training.

Both Babcock and Leonardo are leading international aerospace, defence and security organisations and military training providers, which only adds further weight behind their solution for Canada’s FAcT program.

The team has strong in-country roots, with over 1,000 Canadian employees at 12 Canadian sites, and together Babcock and Leonardo have been working in Canada for over 50 years.

Babcock Leonardo Canadian Aircrew Training is committed to the delivery of an innovative aircrew training solution that will leverage the companies’ extensive fixed-wing and rotary-wing training experience, and civil and military mission support services.

With significant experience in building and managing comprehensive training systems for customers worldwide, the new Canadian team will facilitate the development of a modern and scalable military training infrastructure that will leverage a solid supply chain founded and based in Canada.

At the heart of this partnership is the motivation to work with a Canadian supply chain, local communities, and Indigenous partners, which will add value to Canada now and into the future.

“With the team’s far-reaching know-how and deep ties to Canada’s military, Babcock and Leonardo can provide an innovative and comprehensive training solution with optimal benefits to Canada’s economic and strategic goals through the FAcT program.”

From basic to advanced flying training for air forces, navies, and armies, Babcock delivers unrivalled technical instruction across multiple locations and aircraft types. Complimenting Babcock’s services, Leonardo is a world leader in the training sector and can cover the entire pilot training syllabus with a unique range of platforms, systems and technologies, allowing the training syllabus to be tailored to air force requirements.