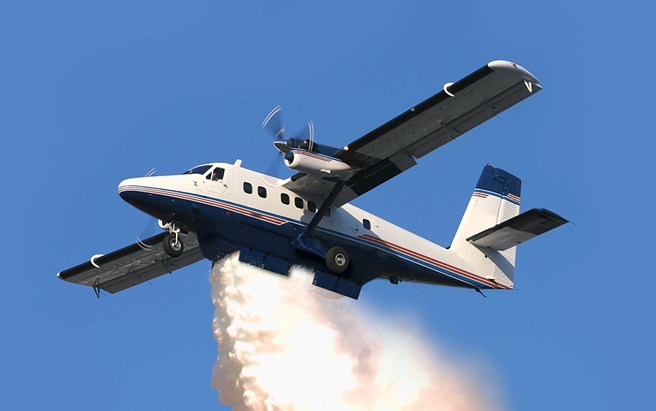 Viking Air Limited and PAL Aerospace Canada recently announced the establishment of a contract to support the Twin Otter Fire Attack System. The contract includes the design, manufacturing, installation, and certification of the Aerial Firefighting System for the Twin Otter DHC-6 300 and 400 aircraft. The Aerial Firefighting System is expected to be certified in 2022 and the first aircraft will be received by an international customer.

According to a news release, this agreement between Viking and PAL Aerospace is to build additional capabilities for the DHC-6 Twin Otter Series 300 and 400 aircraft. The Aerial Firefighting System will allow the Twin Otter to transition effortlessly between global firefighting missions and its more traditional mission profiles, including transporting passengers and cargo.

“PAL Aerospace is proud to partner with Viking on this exciting project that supports innovation, economic growth, and supply chains in Canada,” said Phillip Garbutt, PAL Aerospace Senior Vice President of Global Support. “As an established DHC-6 Twin Otter Operator, we know firsthand the capability and versatility of the aircraft and consider it a privilege to bring our comprehensive design, engineering, and modification capabilities to bear in developing this new capability.”

The airtanker-configured Twin Otter aircraft will have the ability to drop up to 700 US gallons of water or retardant in challenging fire environments.

“We are happy to work with PAL Aerospace to provide our operators the ability to utilize our DHC-6 Twin Otter for specialized aerial firefighting missions,” said Benjamin Carson, Director of Customer Support Operations, Viking. “As the OEM, we work to continuously enhance the aircraft we support, providing our customers with ongoing fleet sustainment activities and upgrades.”