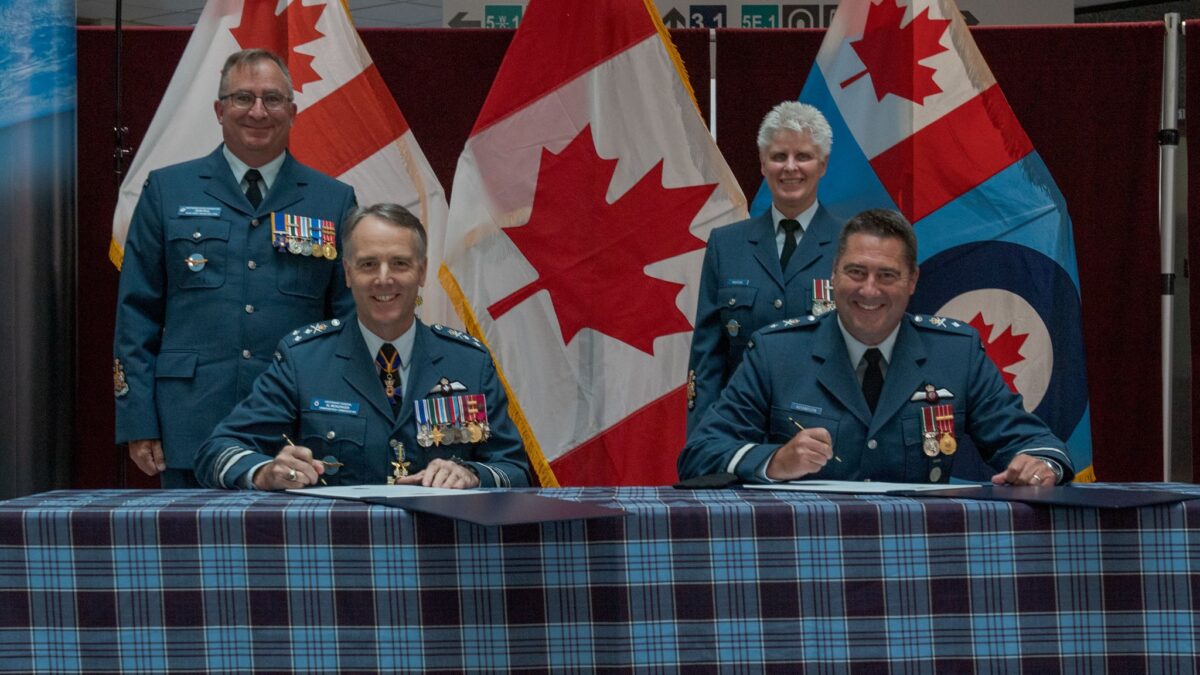 On July 22, 2022, a ceremony was held to mark the establishment of the RCAF’s newest Division – 3 Canadian Space Division. The ceremony was attended by Lieutenant-General Al Meinzinger, Commander of the Royal Canadian Air Force (RCAF), and Brigadier-General Mike Adamson, Commander of 3 Canadian Space Division. It was held at National Defence Headquarters Carling in Ottawa, Ontario.

General Wayne Eyre, Chief of the Defence Staff, remarked, “Space-based capabilities are vital to modern military operations and as such, space must be integrated across the Canadian Armed Forces and steeped in our operational planning. The establishment of 3 Canadian Space Division marks another step forward in growing the space expertise and capabilities we depend on to successfully and effectively conduct operations.”

Over the last decade the responsibility for space operations has grown steadily. As a result, the RCAF’s Director General Space organization has been re-organized to meet the expanding scope, resulting in 3 Canadian Space Division.

“The space domain is of critical importance, now more than ever, when considering its role in guiding military operations and enabling a vast range of day-to-day activities for Canadians. The establishment of 3 Canadian Space Division enables the Royal Canadian Air Force to ensure we have the right organizational structure to continually deliver spaced-based effects across the CAF, while also ensuring we are aligned with our allies who have established similar Space Commands,” reflected Lieutenant-General Al Meinzinger, Commander, Royal Canadian Air Force.

The establishment of 3 Canadian Space Division builds on initiatives outlined in Canada’s Strong, Secure, Engaged defence policy by recognizing the critical importance of space in all Canadian Armed Forces (CAF) operations and daily activities. It is a step in the right direction to protecting Canada’s space interests, including how space-based capabilities support critical CAF requirements like communications, command and control, navigation, weather, and situational awareness.

Functional authority for space for the CAP will remain with the RCAF.

“It is with great pride and humility that I command 3 Canadian Space Division on behalf of the many dedicated women and men who have long recognized the importance of the space domain to military operations. This is a team that works with endless commitment and enthusiasm to support the Canadian Armed Forces. I know these dedicated space specialists will continue to blaze trails, now and into the future,” said Brigadier-General Mike Adamson, Commander, 3 Canadian Space Division.