Home > News > Fingerprinting: 131 years old and just getting warmed up  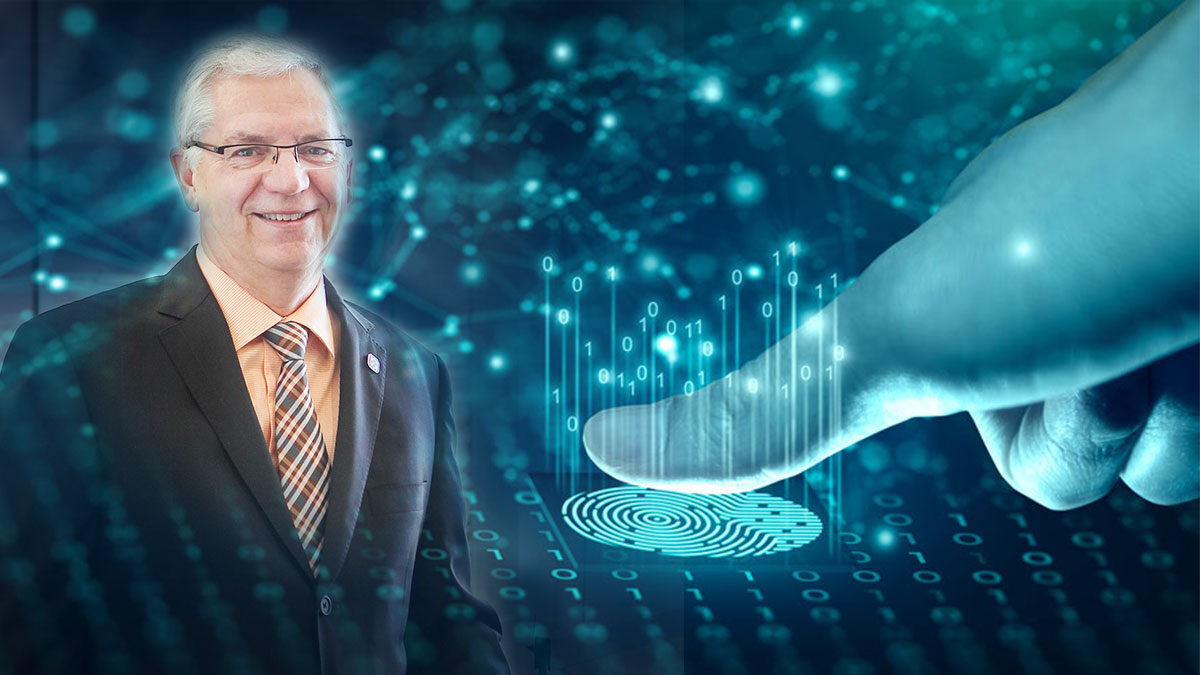 New developments in fingerprinting have always come from Canada

While evidence suggests fingerprinting was used for identification purposes during China’s Qin Dynasty (~300 B.C.), the first documented use of fingerprinting for law enforcement was in 1891 by Juan Vucetich, head of the bureau of Anthropometric Identification at the Central Police Department in La Plata, Argentina.

After that, it only took 20 years for the RCMP to set up the Fingerprint Bureau in 1911. Three years later, in 1914, North America’s first forensic lab opened in Montreal. The then-revolutionary facility inspired many others to build their own, including the US Bureau of Investigation, which later became the FBI. In 1924, they opened an Identification Division for accepting and collecting fingerprints for law enforcement services across the country.

Since then, fingerprints have been the cornerstone of forensic science and the easiest way to catalog people suspects or inmates, keep records of public employees and perform security checks on private citizens.

And this doesn’t seem to be changing, despite the significant strides in forensic and identification science related to DNA.

“I have long thought fingerprinting will become obsolete when law enforcement agencies stop maintaining fingerprint databases and concentrate on DNA databases,” says Simon A. Cole, professor of criminology and law at the University of California at Irvine. “That has not happened yet.”

And according to Professor Jennifer Mnookin, former dean at the UCLA School of Law, it probably won’t any time soon.

“Human gene editing or biochips may eventually change our idea of the human self in meaningful ways, but fingerprint evidence is about something much more mundane: was this body, this finger, this person at the scene of the crime? For this reason, it is likely to remain important.”

On a recent episode of Vanguard Radio, host J. Richard Jones sat down with Paul Guindon, CEO of Commissionaires Ottawa, one of 15 Commissionaires divisions of the only not-for-profit private security organization in Canada. It was formed in 1925 as an employer of veterans upon their return from WW1.

The bulk of their discussion centred on the next iteration of taking, cataloging, and using fingerprints.

“Around 2006, the RCMP was experiencing huge backlogs in processing ink and roll fingerprints,” said Mr. Guindon. “It was taking weeks or sometimes months to get feedback on a set of fingerprints. They decided on technology as a way to address this, chose Commissionaires to pilot the project and made us the first company to be certified outside of the RCMP to offer digital fingerprints.”

Instead of traditional ink and roll fingerprinting that was the default way to collect fingerprints up to that point, Commissionaires rolled out digital fingerprint technology that processed a full set of prints in about 15 minutes. But more than that, it could immediately be run through the entire RCMP database and return results within hours versus weeks or months.

It was a huge success across the board, and especially in the private sector.

In the past, with background checks potentially taking multiple weeks to complete, employers and their new hires could get stuck in holding patterns with unfortunate consequences on both sides. The employer might have had to operate short-staffed until the background check cleared. And the new hire would have had to wait that much longer to start working, which would have been a bigger problem had they very much needed to start earning money.

The Commissionaires approach to fingerprinting solved all those problems at once, and the RCMP wasted no time getting behind the company.

Today, Commissionaires has over a hundred digital fingerprinting systems deployed across 50 offices in most major cities in every province and territory.

Commissionaires wins by staying ahead

Recognizing that consumers expect the option to have anything come to them, Mr. Guindon created a mobile fingerprinting service he now regularly sends to university campuses and large companies.

“Instead of sending employees or students one by one, we can go to their location, take a bunch of prints in any given day of the week or any weekend, and have them processed quickly so everyone can get on with it.”

Another interesting path Mr. Guindon was to set up an offshore version of his service for Canadian citizens working or living outside Canada who need a fingerprint taken.

A third was an international program where someone has ink and roll prints taken by a Canadian embassy/consulate or local police agency, then couriers the prints to Commissionaires who transfer it into a digital format.

The latest being developed by Mr. Guindon and his team is a new technology that would get the fingerprinting process from 15 minutes down to five.

And while he would never say he saw the COVID-19 pandemic coming, being able to offer digital fingerprinting was certainly helpful.

“We obviously had to amend our processes a little bit to protect clients and operators,” said Mr. Guindon. “But we were able to process prints all throughout the pandemic time. I’m not sure how we would’ve done it with the old ink and roll.”

Digital fingerprinting for a digital world

Despite the super-cool iris and facial recognition devices we see in spy movies, fingerprinting is the default biometric method of access control because it’s much more affordable. It’s also predictable, non-intrusive, safe, and easy to catalog.

For this reason, Mr. Guindon and his team at Commissionaires have branched out to provide more fingerprint-related services like security system installation, IT integration, cyber security, and training programs for everything they offer.

And with 83.4 percent of the world’s population owning a smartphone and roughly 60 percent of those phones already using fingerprint biometrics, getting buy-in from employees to move away from security card access control and towards fingerprint technology is easier than ever. Today, the fingerprint access control market is estimated to be worth $4.4 billion, up from $2.5 billion in 2014.

The future of digital fingerprinting

Fingerprint technology is set to start replacing or living next to traditional physical methods of verification like PIN numbers at ATMs or at the point-of-sale in retail environments.

Another big change coming is the storing of biometric fingerprint data on a bank card or credit card itself instead of in a centralized database. The big benefit of this approach is protection of financial institution’s customer data in the event of a cyber-attack.

But maybe the biggest future change coming to fingerprinting has to do with the rise of the sharing economy — and specifically home sharing.

People who rent out their homes through platforms like AirBnB or VRBO will be able to ditch the practice of constantly watching their door cam and will instead be able to install digital fingerprint reading to grant and revoke access to renters. And all of it will be automated so the homeowner can rest easy wherever they are with the knowledge that everything’s taken care of back home.

This will no doubt spur more people into considering adding their homes, sheds, businesses, rehearsal spaces, sports fields, and restaurants/bars to a sharing platform, further growing this exciting new area of the economy.

Commissionaires will be wherever fingerprinting security goes next

“For as long as we’ve been providing fingerprints and background screening, which goes back to about 17 years, we’ve brought other security services online as well,” says Mr. Guindon. “Today, our clients include municipalities, law enforcement departments and private sector companies looking to either beef up their security or conduct workplace investigations into security breaches.”

But the real opportunity he sees is in proactivity.

“Threat risk assessment is a big deal,” he says. “We’ll tell a client ‘Okay, well, you have this facility, how best can we protect it? What kind of security cameras and system should you put in place? How many people have to manage those systems? And what kind of biometric security do you need? Then we can do the installation. We can do the servicing and maintenance, and really work with our client to create a complete solution — not just the fingerprinting part. But the fingerprint technology ties everything together.”

You can listen to the entire interview with Paul Guindon, CEO of Commissionaires, here. And you can learn more about Commissionaires on their website.