Home > Sponsored > Expanding capabilities in training and operational support, a focus for a true Canadian leader 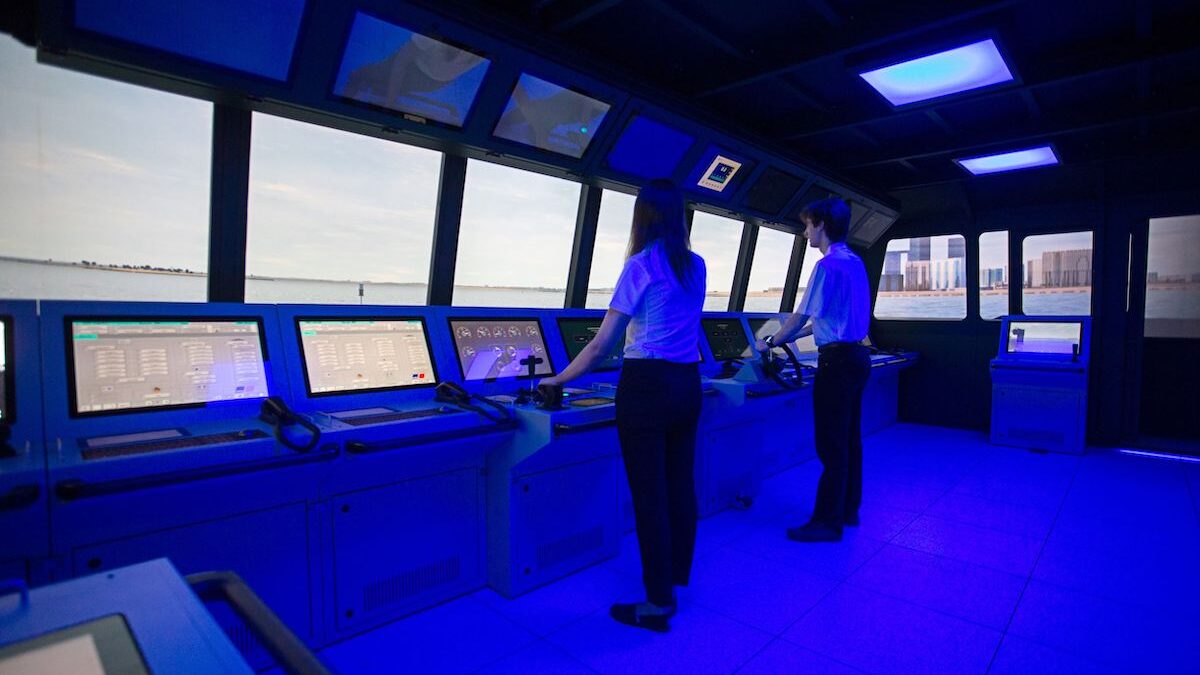 For decades, the Canadian Armed Forces – like many militaries around the world — has relied on global simulation and training leader CAE for flight simulation and aircrew training. With deep roots in the defence industry—starting with company founder Ken Patrick, who was a Royal Canadian Air Force (RCAF) officer in the Second World War— CAE has been supporting Canada’s military preparedness through high-quality training solutions for decades.

Not as well-known, however, is CAE’s experience and expertise related to operational systems and in-service support that also contributes to Canada’s wide-ranging mission requirements, and the fact that CAE delivers in-service support capabilities across the army, navy and air force.

“CAE is one of the shining stars of the Canadian defence industry,” said France Hébert, vice-president and general manager of CAE Canada. “We were founded in Canada, we remain based in Canada, and half our more than 10,000 employees are Canadians. While our roots are in training and simulation, in Canada we are much more of a true defence company and we plan to continue expanding our role in support of the Canadian Armed Forces.”

While growth through in-service support is an important objective, Hébert affirmed that CAE will always stay true to its commitment to support Canada’s training and readiness requirements.  For example, CAE plays a key role in the training programs of almost all the RCAF’s current fleet, including at the world-renowned NATO Flying Training in Canada (NFTC) pilot training program.

“As the prime contractor for the NATO Flying Training in Canada program, we help train aircrews for the RCAF and allied forces, supporting the delivery of over 24,000 flying hours of training annually,” said Hébert.  “We are very proud that since CAE acquired this program back in 2015, we have helped the RCAF achieve its highest levels of pilot production over the past several years.”

CAE is intent on maintaining its privileged position helping the RCAF create its next-generation pilots, which is why CAE formed a joint venture in 2018 with KF Aerospace, called SkyAlyne, to create an unmatched partnership with the capabilities to design, deliver, and support the Future Aircrew Training (FAcT) program for the RCAF.

SkyAlyne being the right choice for Canada overall was further reinforced recently when SkyAlyne officially unveiled its full team of Canadian-based subcontractors. The pan-Canadian team joining SkyAlyne’s bid for FAcT is comprised of ATCO Frontec, Bluedrop Training and Simulation, Canadian Base Operators, Canadian Helicopters Inc., PAL Aerospace and SERCO Canada.  The SkyAlyne team now collectively employs more than 14,000 Canadians and operates in every region of Canada.

For the Royal Canadian Navy, CAE is a partner on Canada’s Combat Ship Team and under subcontract to Lockheed Martin is playing a key role in the Canadian Surface Combatant (CSC) project.  CAE is the training systems integrator for the combat systems training solution and currently supporting the training needs and training media analysis, which will eventually lead to the design and implementation of the combat systems training solution.

CAE is an expert in training, but the Montreal, Quebec-based company is just as well-versed in providing operational and in-service support solutions to its Canadian military customers. While CAE might be less known for its in-service and support capabilities, rest assured the company has over 30 years of experience in this sphere—including optimizing mission critical systems, providing integrated logistics support, and delivering comprehensive fleet data management.

Some of CAE’s most notable and flexible in-service support offerings are its Integrated Information Environment (IIE) software engineering solution, which is designed to support complex aircraft systems. CAE’s IIE is currently supporting the CH-148 Cyclone Maritime Helicopter Program and the company is under contract to support the IIE and performance management system that contributes to the CH-148 fleet operational readiness through 2028.  In fact, the RCAF recently completed a six-month deployment using CAE’s IIE to track all maintenance on the aircraft.

As CAE looks ahead to a couple critical requirements in Canada – namely the Future Fighter Capability Program and Remotely Piloted Aircraft System (RPAS) project — the company is confident it is well-positioned to support the RCAF in both the training and in-service support realm.

For the Future Fighter Capability Program, CAE currently has non-exclusive teaming agreements with the Boeing Super Hornet team as well as the SAAB-led Gripen for Canada team.  And should the F-35 be selected, CAE will leverage its long-standing relationship with Lockheed Martin to support the RCAF.

“CAE can basically support the training requirements and in-service support regardless of the fighter platform selected by our Canadian government,” said Hébert.

Where CAE’s full in-service support capabilities would play out is if the RCAF selects the General Atomics SkyGuardian as its medium-altitude long-endurance Remotely Piloted Air System (RPAS).

In 2018, CAE, along with MDA and L3 Harris WESCAM, joined Team SkyGuardian to offer Canada the world-leading General Atomics MQ-9B SkyGuardian – an RPAS already selected by the United Kingdom and Australia – two of the other Five Eyes nations.  CAE is the lead Canadian partner for General Atomics and would have overall responsibility for in-service support, including program management, systems engineering, and aircraft sustainment.  Of course, CAE would also develop the comprehensive training program for the SkyGuardian.

“CAE has a longstanding global training partnership with General Atomics to support their family of remotely piloted air systems and we will build on that in Canada to include the comprehensive in-service support required for the life of the platform,” said Hébert.  “The SkyGuardian will be a game-changer for Canada in delivering operational capability and will be a game-changer for CAE in being able to deliver the full breadth of our in-service support and training capabilities.”

With a long-standing history of working with the Canadian Armed Forces, CAE is poised to continue supporting current programs as well as the numerous upcoming programs across the army, navy and air force.

“As an industry partner, CAE is an integral part of the defence industrial base in Canada,” Hébert concluded. “The work that we do supports our men and women in uniform so that they can efficiently and effectively accomplish what the country asks of them.  That purpose is ingrained in CAE’s culture and we take great pride in contributing to our military’s mission success.”