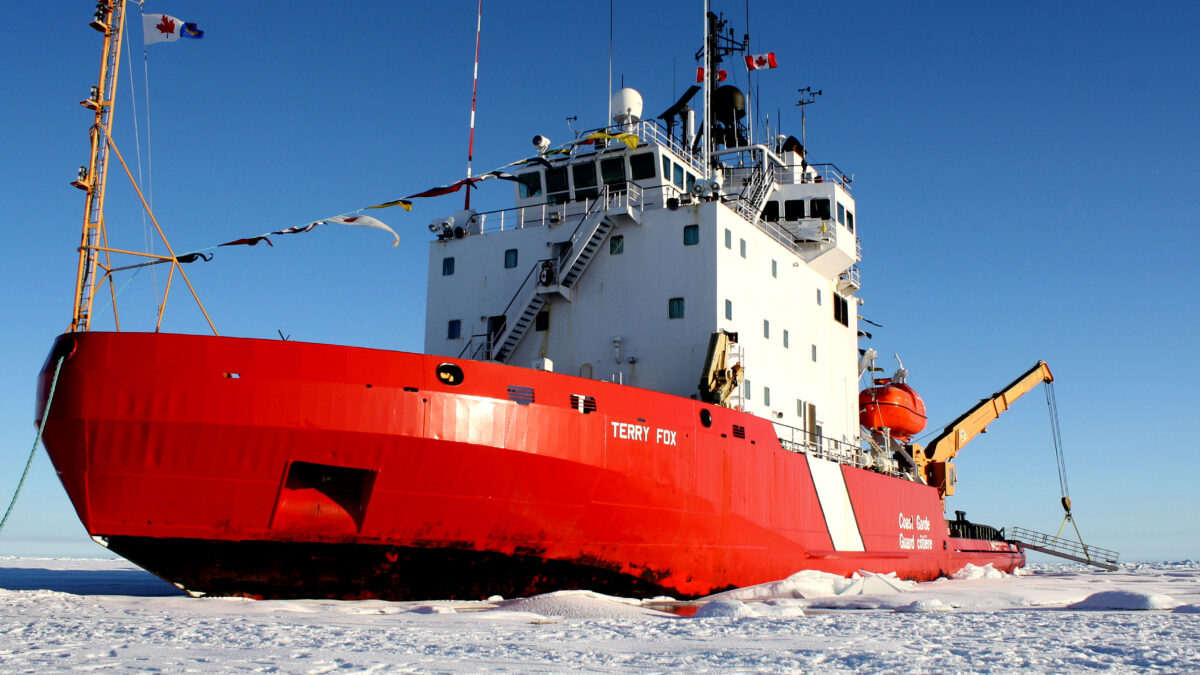 A key priority of the Government of Canada is to ensure that the Canadian Coast Guard personnel have the equipment needed to keep Canada’s waterway open and safe.

“Keeping our vessels in good working order is critical to ensuring that our personnel can provide Canadians with the services they need throughout the year. We are pleased to be working with Heddle Shipyards to ensure that the CCGS Terry Fox will be serving Canadians for many more years to come,” said Mario Pelletier, Commissioner, Canadian Coast Guard.

The ship will enter an extended maintenance period at the Port Weller Dry Docks where there will be two phases of work: a 14-month engineering and procurement phase which will prepare the shipyard for the second phase, the 18-month work period to increase the ship’s operational life.

The CCGS Terry Fox is large, multitasked icebreaker. It is capable of sustained operations in the Arctic Archipelago during summer months and icebreaking escort operations in the Gulf of St. Lawrence and East Coast of Newfoundland in winter. The CCGS Terry Fox has also assisted with various CCG programs such as Arctic scientific missions. The life extension work will take place from late 2023 through Spring 2025. During this time, the Canadian Coast Guard will reallocate some of its other maritime resources to ensure Canada’s waterways remain safe.

“Through the National Shipbuilding Strategy, we are making the important investments so that the Canadian Coast Guard personnel have the proper equipment to perform their crucial work, so Canadians are safe on the water and important trade routes can continue to move throughout the harsh winter. This work benefits the economy and helps us protect our coasts and waters,” expressed the Honourable Joyce Murray, Minister of Fisheries, Oceans and the Canadian Coast Guard.

This vessel life extension contract falls under the repair, refit, and maintenance pillar of the National Shipbuilding Strategy. The strategy is key to ensuring Canada has a safe and effective fleet of ships to serve and protect Canada’s coastal waters while also providing ongoing opportunities for shipyards and suppliers across the country. It will serve to secure the future of the Port Weller Dry Docks for the next generation of Ontario shipbuilders by sustaining over 200 hundred jobs through the summer of 2025 when the CCGS Terry Fox is scheduled for redelivery.

“The National Shipbuilding Strategy continues to generate social and economic benefits for communities right across Canada. This contract with Heddle Shipyards will extend the life of the CCGS Terry Fox, while creating and maintaining jobs in St. Catharines, Ontario,” explained the Honourable Helena Jaczek, Minister of Public Services and Procurement.

The CCGS Terry Fox VLE is the single largest project in the history of the CCGS’s VLE Program and, as such, will create a broad economic and social benefit for St. Catharines, the Niagara Region, Ontario, and Canada. Heddle Shipyards is a proud “Ontario Made” company and will leverage local Ontario supply chains to ensure the Canadian Coast Guard has the ships it needs for critical mission for decades to come.

“The CCGS Terry Fox Vessel Life Extension Project is transformational for Heddle Shipyards and Ontario,” says Heddle President and CEO, Shaun Padulo. “The award of the project marks the conclusion of phase one of our five-year business plan developed in 2021 and will provide Heddle with the platform to become Canada’s partner for future Vessel Life Extension projects and the construction of vessels for the Canadian Coast Guard and Royal Canadian Navy. I am extremely proud of our people and excited for our future. Our goal was to bring Ontario into the National Shipbuilding Strategy in a meaningful way, and the Terry Fox is just the tip of the iceberg.”