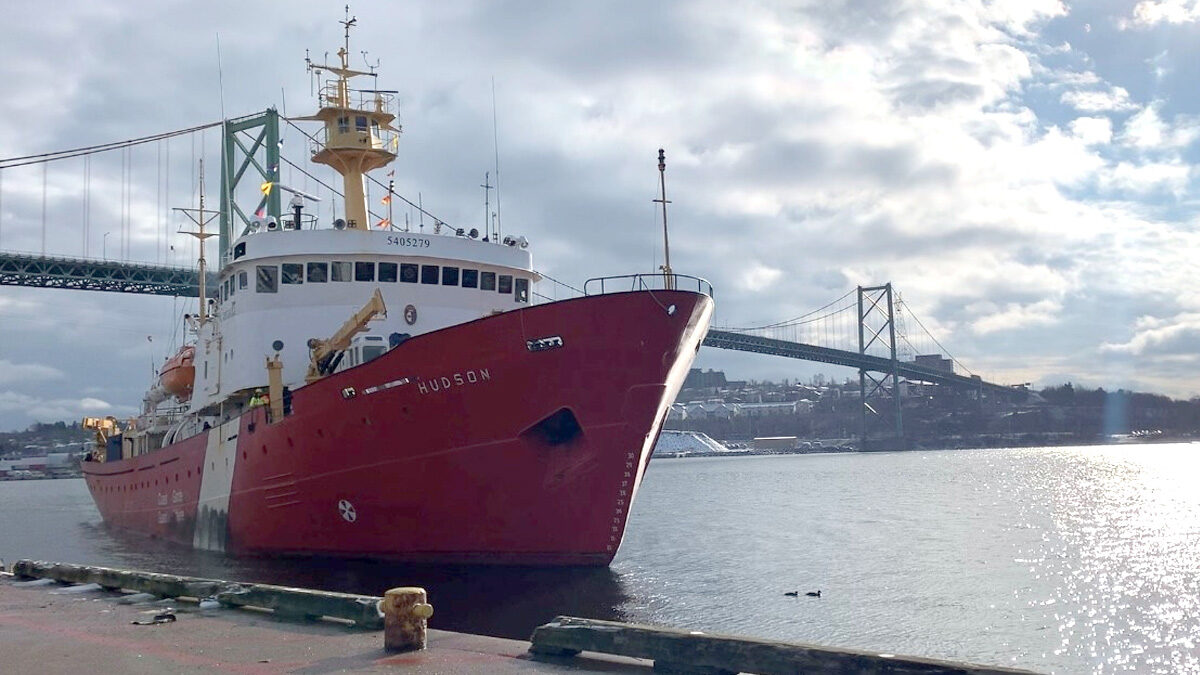 The Canadian Coast Guard (CCG) has played an essential role in ensuring the protection of Canada’s marine environment by supporting ocean sciences on its vessels for 60 years. One vessel—the CCGS Hudson—has been at the forefront of all of Canada’s oceanographic science work for 59 of those years since its launch in 1963.

“Today we celebrate the CCGS Hudson and the service it provided to Canadians for 59 years. The vessel was a true trailblazer, the first of its kind in Canada. Looking back at its history, the Hudson’s list of ‘scientific firsts’ is unparalleled,” noted The Honourable Joyce Murray. “That legacy serves as an inspiration for the crews of future vessels, as they set out to conduct the critical oceans research we are going to rely on as we seek to learn more about – and better protect – Canada’s oceans. Thank you to all past and present CCGS Hudson personnel for your efforts over the past 59 years. What a legacy!”

In 1963, the CCGS Hudson began its service as a science vessel working out of the Bedford Institute of Oceanography in Dartmouth, Nova Scotia. In 1996, the vessel was transferred to the Coast Guard fleet following their merger with DFO, and the vessel continued in its exceptional service. In January 2022, it was announced that the Hudson would be decommissioned.

The first of its kind in Canada created to carry out science at sea, the CCGS Hudson has been monumental in its years of research contributing to ocean policy and regulatory decision making, sustainable economic activity in the ocean, and an overall better understanding of oceans and their ecosystems.

“When we quickly glance over the storied history of CCGS Hudson, from surveying oceans, taking part in Expo ’67, circumnavigating the Americas, assisting in major North Atlantic disaster recoveries and helping us better understand the oceans for humankind I can’t help but be impressed. I would like to thank all the past and present CCGS Hudson’s personnel for your efforts over the past 59 years,” added Mike Kelloway.

Marine scientists of both Canadian and international origin have benefited from the research conducted on CCGS Hudson, and many have had the fortune of conducting science at sea on its decks and in its dedicated on-board labs.

Though the CCGS Hudson’s time has come to a close, it was emphasized that the influential work this ship conducted will continue. In particular, the Canadian Coast Guard is currently working with Fisheries and Oceans Canada to move the CCGS Hudson’s science program to other vessels, as well as chartering private science vessels. These efforts will allow them to leverage new technologies to supplement at sea work.

The Canadian Coast Guard and Canada’s wider marine sciences community are saddened to say goodbye after 59 long years of service, but look forward to the new Offshore Oceanographic Science Vessel that will replace the CCGS Hudson. This vessel is expected to be complete in 2025.

“As Commissioner of the Canadian Coast Guard I find myself amazed at the historical achievements of the vessel but more so of the tremendous work done by each crew to have sailed it. For almost 60 years, dedicated crews of sailor-scientists conducted research that to this day is an important resource in understanding how our oceans are changing and their impact on our daily lives. Bravo-Zulu to every person who’s sailed aboard the Hudson and contributed to its discoveries,” concluded the Commissioner of the Canadian Coast Guard, Mario Pelletier.