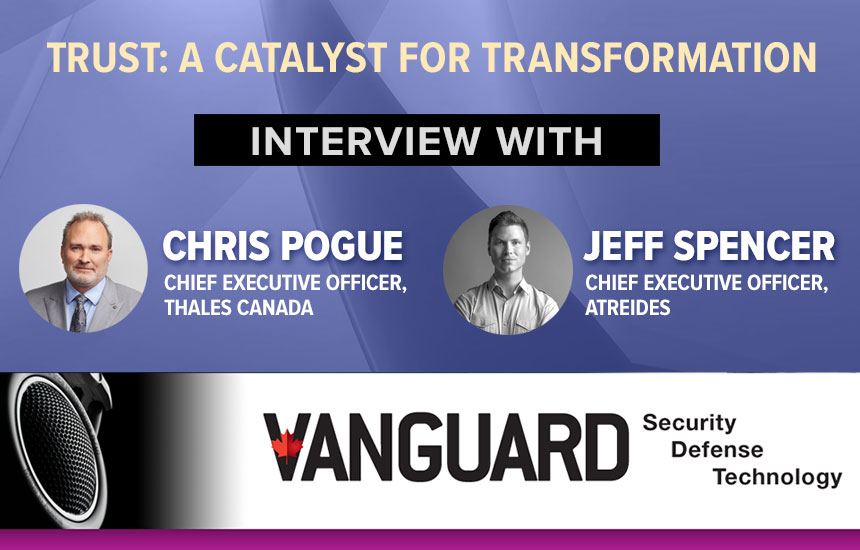 Trust: A Catalyst for Transformation

Join host, J. Richard Jones as he speaks with Chris Pogue, Chief Executive Officer, Thales Canada and Jeff Spencer, Chief Executive Officer, Atreides as they discuss the promise of trust as a catalyst for transformation. It’s been five years the Government of Canada awarded Thales the AJISS (Arctic and Offshore Patrol Ship/Joint Support Ship In-Service Support) contract, which includes In-Service Support (ISS), refit, repair, maintenance, and training for the Royal Canadian Navy’s new Arctic and Offshore Patrol Ships (AOPS) and Joint Support Ships (JSS). This is the largest ISS contract in Canadian history. In the meantime, the need for, and urgency of further accelerating digital transformation has been growing.

Need Fingerprints? It's Easier and Faster Than You Think!

A Wrap Up of this Week’s Top Stories – EP9