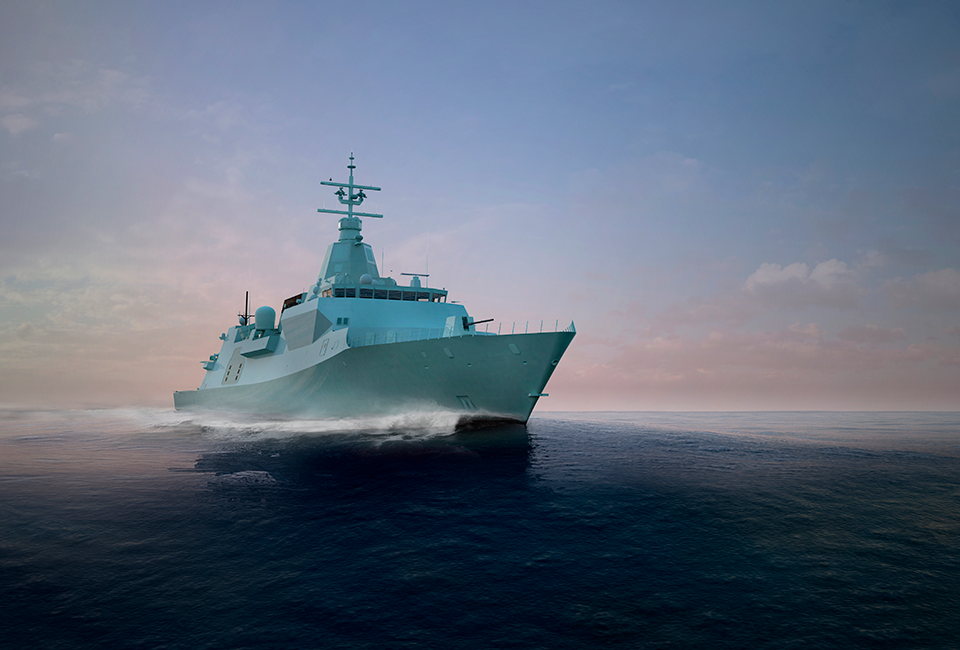 The Parliamentary Budget Officer (PBO) issued a report today – The Cost of Canada’s Surface Combatants: 2021 Update and Options Analysis – based on a request made on June 19, 2020 by the House of Commons Standing Committee on Government Operations and Estimates (OGGO) to undertake a costing analysis of the Canadian Surface Combatant (CSC) project.

In response to that request, the PBO did a costing analysis of building the CSC ships using the Type 26, the FREMM and the Type 31e designs.

“…this report presents PBO’s updated estimates for the current Type 26-based CSC program as well as estimates for notional procurement programs based on the two alternate designs. These cost estimates are inclusive of all activities associated with the development and acquisition phases of the procurement project and also account for provincial taxes and an initial 2-year supply of spare parts for each vessel. They do not include operating costs for the lifespan of the vessels.

The cost estimates for the alternate designs reflect two scenarios under which the FREMM or the Type 31e could be procured. Scenario 1 assumes the CSC program would be reset in favour of a new design for all 15 ships, incorporating cancellation costs and a four-year delay; scenario 2 assumes a hybrid approach under which three Type 26 vessels are procured and the remaining 12 ships are competed, with either the FREMM or Type 31e being selected.”

Further down, it continues:

“We estimate that a fleet of 15 Type 26 ships will cost $77.3 billion, rising to $79.7 billion if there is a one-year delay in the start of construction and $82.1 billion if there is a two-year delay. The cost of 15 FREMM ships is estimated at $71.1 billion, inclusive of cancellation costs, running a new competitive design selection process, and a four-year delay, while a fleet of 15 Type 31e ships is estimated at $27.5 billion. The cost for a mixed fleet of the Type 26 ships and the alternate designs increases to $71.9 billion and $37.5 billion, respectively (three Type 26 ships and 12 of either FREMM or Type 31e ships).”

This latest report shows that the cost estimate to build the Type 26 ships for Canada has increased by $7.5 billion over the PBO’s 2019 estimate. This is due to updates in the ship’s specifications and production timelines.

In response to the report, the Department of National Defence (DND) issued a statement that states:

“After reviewing the report, we find that the key differences in our cost estimates can be primarily attributed to the PBO including provincial sales tax and the additional emphasis PBO puts on weight-related costing.

We conducted extensive research to ensure that the selected Type 26 design will provide the Royal Canadian Navy (RCN) with the modern and capable warships it needs to support operations. The design was selected following an open, fair, and transparent competitive procurement process, in which performance against the RCN’s requirements was a key selection criteria. As the PBO noted the other design options that they examined would have “more limited” and “modest” capabilities than our selected design. These reductions would impede the RCN’s ability to execute its assigned roles and missions to keep Canadians safe both at home and abroad.

While we recognize the differences in our calculations, we are confident in our current estimate of $56 billion to $60 billion (before taxes). This accurately reflects the value of this project, and is based on our detailed costing model and ongoing work with industry. As we adapt the design to meet the needs of the RCN and confirm more details related to the ship’s combat and support systems, we gain greater confidence in our costing.”

As it relates to timelines, the statement from DND states that this is continuing to be reviewed and are not final as yet. With regards to selecting a new design, this is not a option for DND as it would lead “to significant economic loss for Canada’s marine industry and those employed in it” as well as leading to “major operational impacts for the RCN, due to associated project delays and life-extension requirements, as well as increasing the costs to operate and maintain more than one class of ships in the future”.

In conclusion, the DND statement says that “the CSC is the right ship for the RCN, and will provide the best value for the military, Canada, and the Canadian economy. We remain confident that the capability and versatility of the selected CSC design will equip the RCN with the modern, capable, and effective fleet of 15 surface combatants that it will need to support operations for decades to come. We will continue ongoing work to support the start of construction in 2023/2024.”

Snakes and Ladders: A Simple Mind Map of the Military Information Economy