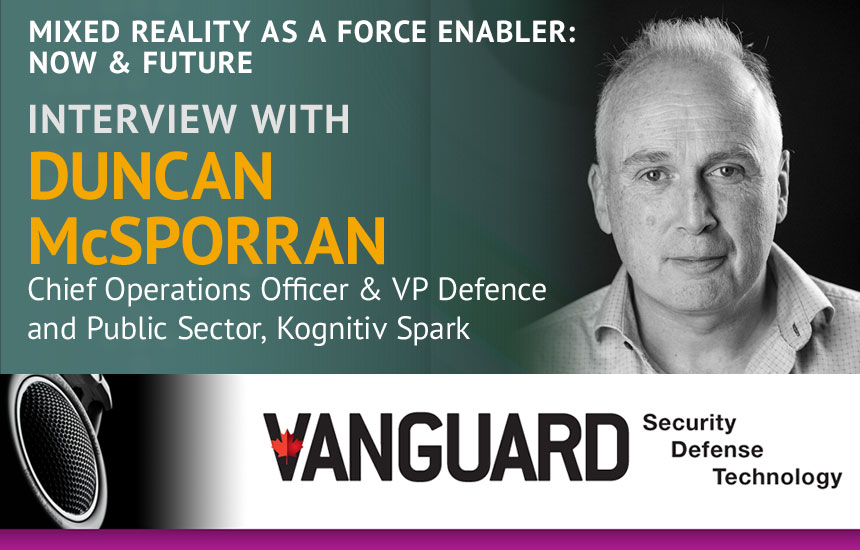 In the latest episode of Vanguard Radio, J. Richard Jones is joined by Duncan McSporran, Chief Operations Officer & VP Defence and Public Sector, Kognitiv Spark. Mr. McSporran is a former military officer with a background in applied remote sensing, cartography, and GIS. He is a graduate of the Royal Military Academy Sandhurst and Oxford Brookes University. In 2016, he helped to set up Kognitiv Spark which has grown into a global leader in the field of Augmented and Mixed Reality. His conversation with J. Richard Jones provides a brief over of Mixed Reality and its role in future deployments.

Also in this episode:

A New CEO for Seaspan Shipyards

Beyond Capture. Looking to the Horizon – Long term impact of CSC Program on the Canadian economy.