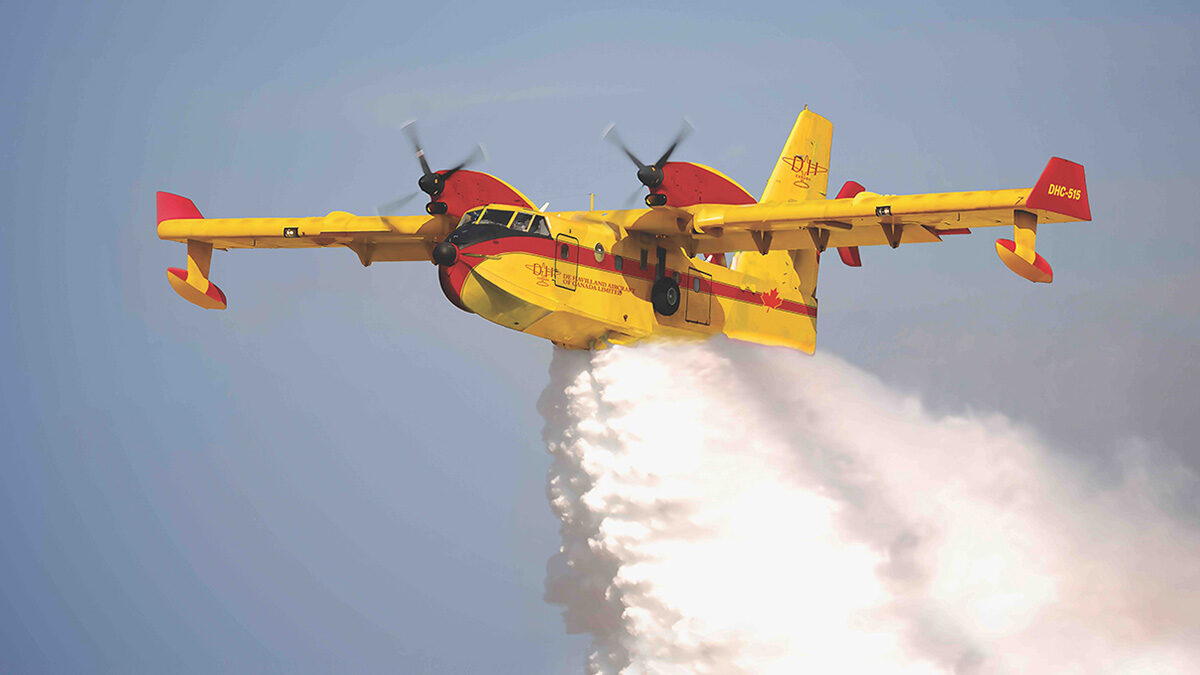 Originally known as the CL-515, the DHC-515 expands on the proven capabilities of the Canadair CL-215 and CL-415 aircrafts. These aircrafts have been iconic among European and North American aerial firefighting fleets for over 50 years, and the DHC-515 will receive key upgrades from its predecessors to increase its functionality and effectiveness.

According to Brian Chafe, Chief Executive Officer of De Havilland Canada, the program will “involve negotiating contracts with European customers and ramping up for production.”

This news comes as welcome information to many European consumers who have signed letters of intent to purchase the first 22 aircrafts based upon the positive outcome of government-to-government negotiations. These negotiations are to be made through the Government of Canada’s contracting agency, the Canadian Commercial Corporation (CCC).

“As the effects of climate change continue to impact countries around the world, CCC and the Government of Canada are proud to stand with De Havilland Canada in providing this world class solution to our EU partners and allies. We look forward to supporting DHC as other governments wishing to procure these next generation aerial firefighting aircraft come forward,” stated Bobby Kwon, President and CEO of the Canadian Commercial Corporation (CCC).

While the first deliveries of the DHC-515 are expected to be ready by the middle of the decade, deliveries of aircraft 23 and beyond are to begin at the end of the decade. Other customers will be provided the opportunity to renew existing fleets or proceed with new acquisition opportunities at that time.

In 2016, De Havilland Canada acquired the Canadair CL program and has been contemplating a return to production since 2019.

The DHC-515 Firefighter is expected to meet the standards for Canadian aerospace engineering quality and life expectancy set by the other De Havilland aircraft. The final assembly of the aircraft will take place in Calgary, Alberta. It is anticipated that more than 500 people will be employed to complete this program over the next few years.

“To bring the DHC-515 into production is important for not only our company, but countries around the world who rely on our aircraft to protect their people and forests. We understand the important role the previous aircraft have played in protecting people and property and as our climate continues to change and summers increase in both temperature and length, the DHC-515 will be an important tool for countries around the globe to use in putting out fires,” concluded Chafe.