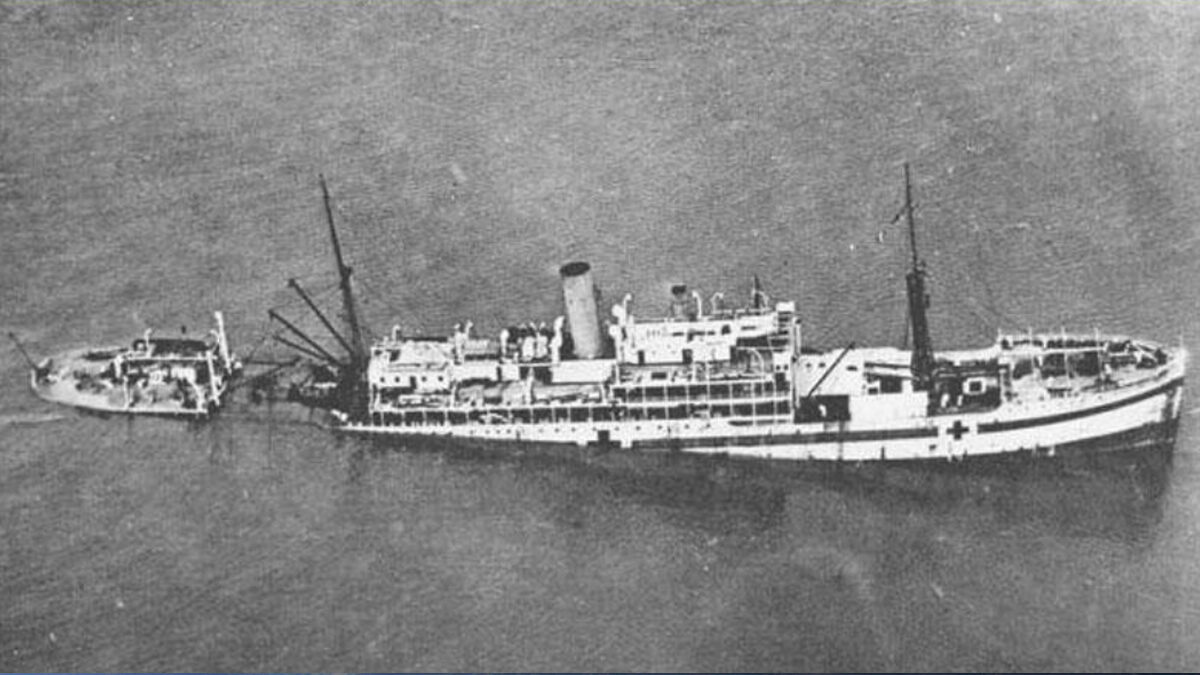 The HMHS Llandovery Castle, under the command of Lt.–Col. Thomas Howard MacDonald (a native from Nova Scotia), was torpedoed by German submarine SM U–86 on June 27, 1918, off southern Ireland (en route from Halifax, Nova Scotia to Liverpool, England). Out of 258 people on board, 234 lives were ultimately lost by drowning and machine-gunning of lifeboats.

“This anniversary is a unique opportunity to remember those who lost their lives in the atrocities of First World War, including health services personnel. It is also a good reminder of the danger our fellow-members of the Royal Canadian Medical Service have faced in the past and are facing today, risking their lives to support the Canadian Armed Forces mission, both in the past and current operations,” said Major-Général Marc Bilodeau, CD, QHP, MD, Surgeon General, Canadian Armed Forces.

The ship was manned by a crew of 168 men and 94 Canadian Army Medical Corps personnel, including Medical Officers, Nursing Sisters, a Pharmacy Dispenser, a Ward Master, Medical Orderly NCOs, dozens of Medical Orderlies, and a hospital Chaplain. Surviving the attack was one lifeboat, which was picked up by the destroyer HMS Lysander on the morning of June 29, 36 hours after the attack.

Among those that survived the attack on lifeboats, only twenty-four people survived, including six members of the Canadian Army Medical Corps. This tragic sinking was the deadliest Canadian naval disaster of the Great War, and became internationally infamous as one of greatest atrocities of the First World War.

On June 26, 2018, composer Stephanie Martin and librettist Paul Ciufo premiered The Llandovery Castle: A New Canadian Opera at the Calvin Presbyterian Church in Toronto. A second performance followed on June 27th. This opera was created as an act of remembrance for the 104th anniversary of the sinking. Its full performance was streamed on “YouTube Premieres” on April 6, 2020.

“In following our mission to preserve the Royal Canadian Medical Service heritage and to increase public awareness of the contributions made by the men and women of Canada’s military medical services, on this date of June 26, 2022, we commemorate the 104th anniversary of the torpedo sinking of HMHS Llandovery Castle (a Canadian Hospital Ship) that took place on June 27, 1918,” added Chief Warrant Officer (Ret’d) Maurice Beauchamp, MMM, CD, President, Royal Canadian Medical Service Association. “With the passing of historical information and remembrance of events like this, it will assist and ensure that they are never forgotten. We honour and remember those members of the Canadian Army Medical Corps and all others who lost their lives. May they Rest In Peace.”

The HMHS Llandovery Castle is a part of a worldwide initiative to honor Allied Merchant Navy and American Merchant Marine Veterans for their crucial role in both World Wars and the Korean and Vietnam conflicts. The initiative also pays tribute and highlights the contributions made by the modern-day shipping industry, paramount to international security, defence, and the global economy.