The Need to Develop Information Capabilities for the Future Battle Space

Home > People On The Move > Adm Art McDonald appointed as new Chief of the Defence Staff of the CAF
loading...

In a virtual ceremony that was held this afternoon, Adm Art McDonald was appointed Canada’s new Chief of the Defence Staff. The event which was held in Ottawa was presided over by Julie Payette, Governor General and Commander-in-Chief of Canada. The ceremony marks the official transfer of command of the Canadian Armed Forces (CAF) from Gen Jonathan Vance to Adm Art McDonald. Prime Minister Justin Trudeau, Minister Harjit S. Sajjan, and Minister Lawrence MacAulay were also in attendance virtually.

“I want to thank Gen Vance for his decades of service and dedication to Canada. His work over the past five years as Chief of the Defence Staff has been critical for protecting the safety and health of Canadians, and we all owe him and his family a debt of gratitude,” said Minister Sajjan. “Adm McDonald takes over as Chief of the Defence Staff at a critical time for Canada. His work will be vital in supporting our efforts to help Canadians through the current pandemic while maintaining our commitments to our partners and allies around the world. He will continue the important work and transformation of the Canadian Armed Forces, ensuring that it better represents the Canadians it serves.”

Gen Vance is retiring after serving in the CAF for 39 years. He joined the CAF in 1982 and, in 1986, upon graduation from Royal Roads Military College, was commissioned as an infantry officer into The Royal Canadian Regiment. He commanded at all levels within the field force as well as 1 Canadian Mechanized Brigade Group in Edmonton before deploying as Commander of Joint Task Forces Afghanistan and Kandahar in 2009, and again in 2010. Gen Vance also completed a tour as Deputy Commander, Allied Joint Force Command Naples, in July 2014, before assuming the position as Commander Canadian Joint Operations Command later that year. General Vance was appointed Chief of the Defence Staff on July 17, 2015, making him the longest-serving defence chief in the history of the CAF.

“For 39 years, the extraordinary members of the Canadian Armed Forces have inspired my life’s work. And for 39 years, I have been proud to be counted among their ranks. Thank you! It has been an honour to serve Canadians as your 19th Chief of the Defence Staff,” said Gen Vance. “I offer my sincere congratulations to Adm McDonald. As he takes command, I know he will continue to care for our people and keep the force strong, now and into the future.”

“On behalf of the CAF, I salute and thank Gen Vance for his distinguished service, leadership, and mentorship as he prepares to retire,” said Adm McDonald. “I am humbled and honoured to assume the Watch as the twentieth Chief of the Defence Staff. As I do, my focus is quite naturally you, the members of the CAF, who have dedicated yourself to the service of Canada, and your families, who make routine sacrifices to enable you. There is no greater privilege or responsibility than to be charged with advocating for, empowering, and leading you. I look forward to navigating through these challenging times with you and our invaluable Defence Team teammates – together ensuring that the CAF remains the go-to, no-fail Force that Canadians know.”

The CDS has direct responsibility for the control and administration of the CAF as per the National Defence Act and is appointed by the Governor-in-Council, by recommendation of the Prime Minister. The CDS is accountable to the Minister of National Defence for the conduct of all CAF activities, as well as for the readiness and the ability to fulfill military commitments and obligations undertaken by the government.

The CDS is the senior serving military advisor to the Government of Canada and is tasked with implementing government decisions that involve the CAF, by issuing orders and instructions. When required, the CDS also advises the Prime Minister and Cabinet directly on major military developments and issues.

C4ISR and Beyond 2021 Agenda Released - 'Digital Lived and Applied' 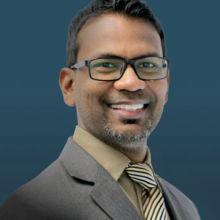 Andrew Kendrick joined the UK Ministry of Defence straight after high school and was later sponsored by them through a…...

After completing university, Gavin Daly was planning to start a career in the telecommunications industry, instead, he ended up in…...