To meet the challenges of C4ISR, leverage emerging technologies

Command, Communications, Control, Computers, Intelligence, Surveillance, and Reconnaissance (C4ISR) is a crucial facet of the Canadian Armed Forces (CAF) operations and a growing area that is getting more attention in recent years.

For over five years, Vanguard has been working with both industry and government to bring together key stakeholders in a forum setting to further the discussion on C4ISR. On January 30 this year, Vanguard held its fifth annual C4ISR and Beyond event at the Fairmont Château Laurier in Ottawa. Built on the theme of “Enhancing Critical Decision Making,” the conference featured four panels, two keynotes, and one industry presentation.

In his opening keynote message, MGen William Seymour, Deputy Commander, Canadian Joint Operations, set the stage for the day by talking about the CAF’s operations in an increasingly “informationized” environment. This environment, according to MGen Seymour, is one in which our adversaries operate against us daily through cyber, information operations, and intelligence collection. He explained that this provides a challenge in defending and perusing our interests while continuing to protect our values and principles. The future, he said, will be one that will sees several conflicts taking place simultaneously, playing out in multiple areas, and across numerous domains, which promises complexities that previous decades did not experience.

MGen Seymour explained that one way to handle the complexities of the future is “to collaborate, innovate and field capabilities faster.” To do so requires recognizing and exploiting potential military capabilities that can be derived from new technologies. “A combination of AI, autonomous systems and robotics could provide the basis that underpins the next revolution in military affairs,” said MGen Seymour. However, to get there, he said, they need to work more closely with industry to nurture and support commercial technologies and, in some areas, establish strategic partnerships to develop other operational solutions.

RAdm Jeffery B. Zwick, Chief of Force Development, delivered the other keynote message during the event. He spoke about the continuing advancement of technology today and how that will feed the evolution of C4ISR now and beyond.

“At its core, C4ISR is nothing new,” said RAdm Zwick. “The elements of it have existed throughout mankind’s applications of warfare. Fundamentally, the only thing that has changed is the volume and type of information that is available, and the speed by which it is processed and distributed.” This process has evolved with technology throughout the ages – long distance telegraphs, wired telephones and wireless radios, and wireless communication –enabling the commanders to make better-informed decisions faster so as to provide a competitive military advantage.

A key factor that will continue to drive the evolution of C4ISR is the widespread adoption of data and analytics. “The amount of data available to a commander and his staff has increased exponentially. This will increase the pressures of data transmission, processing and storage,” said RAdm Zwick. He went on to explain that in order for the CAF to effectively leverage this information, a robust joint system of systems must be implemented. Such a system will ensure the timely transmission of critical information from sensors to commanders and staff.

“The challenge though is how do we effectively process, exploit and disseminate it to the leadership for decision making. Current methodologies will likely be overwhelming,” he added. To effectively tackle this challenge, “we must leverage emerging technologies such as AI and machine learning.”

He went on to talk about the benefits of machine learning and how it will significantly reduce the workload. In order to take full advantage of these emerging technologies, RAdm Zwick said commanders and leaders cannot be passive with their information request; they must clearly articulate what information is essential to them because a lack of precision will overload staff and reduce the delivery of relevant intelligence. 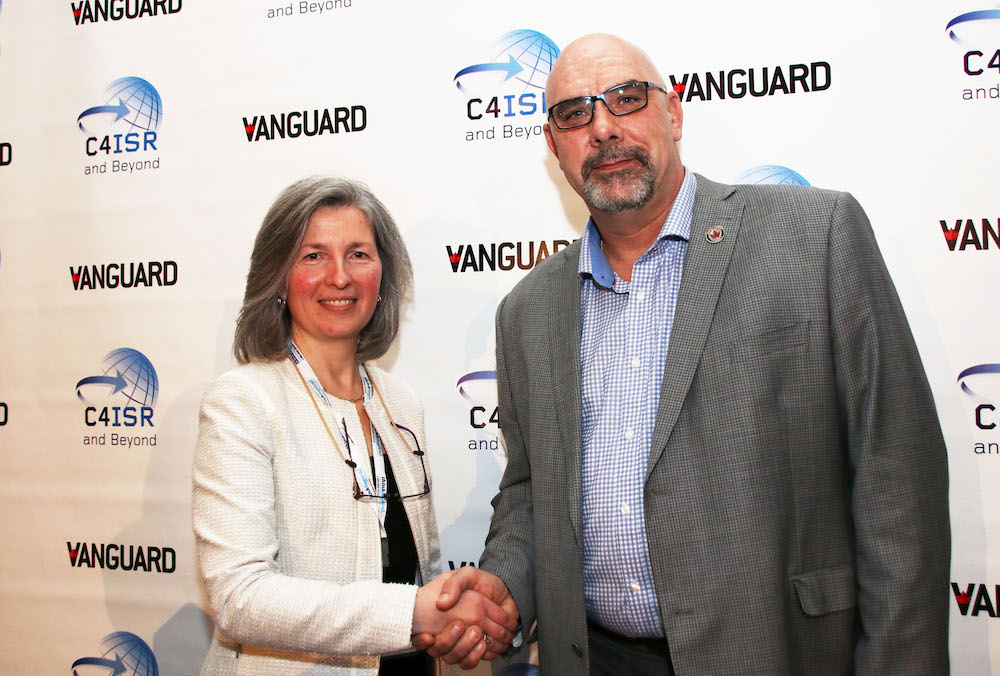 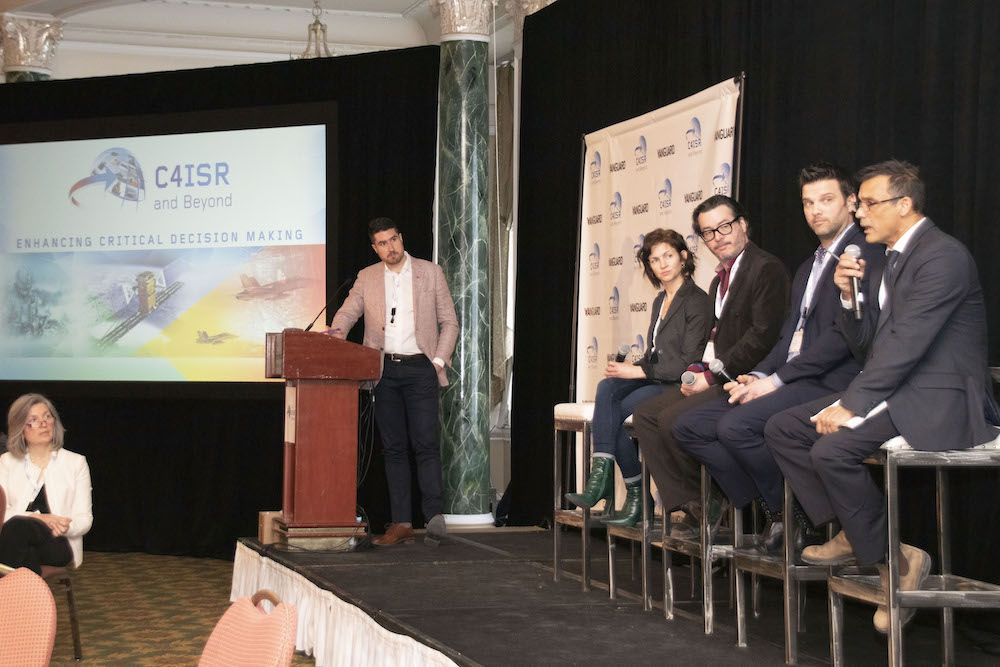 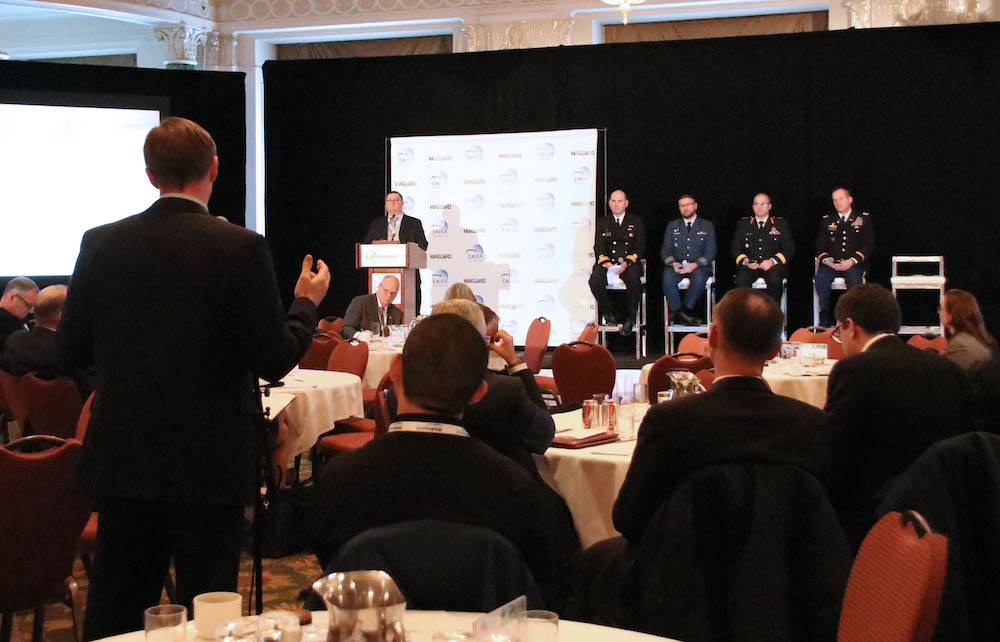 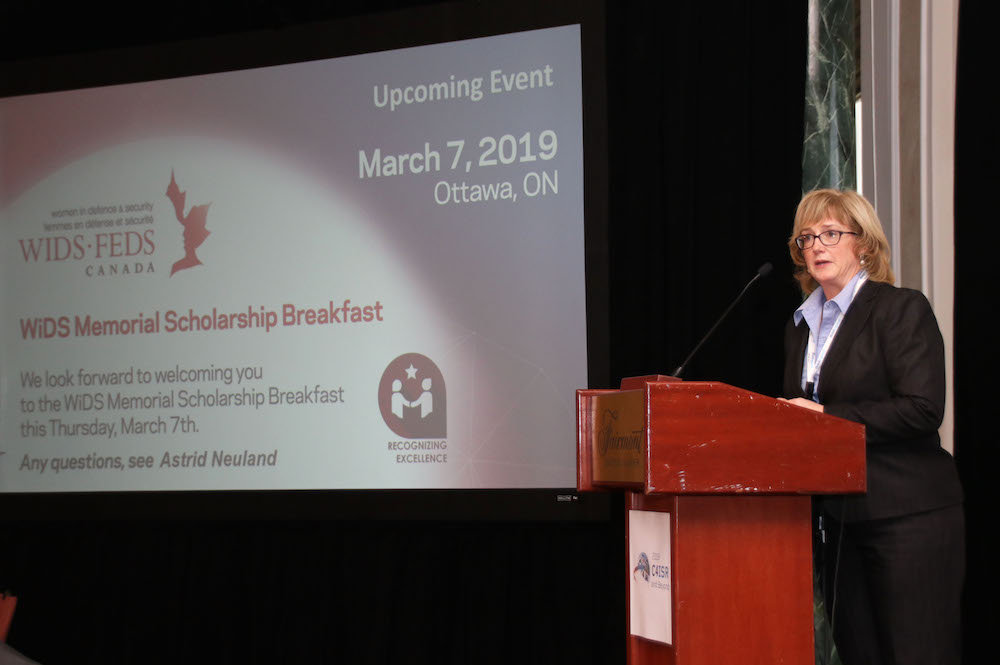 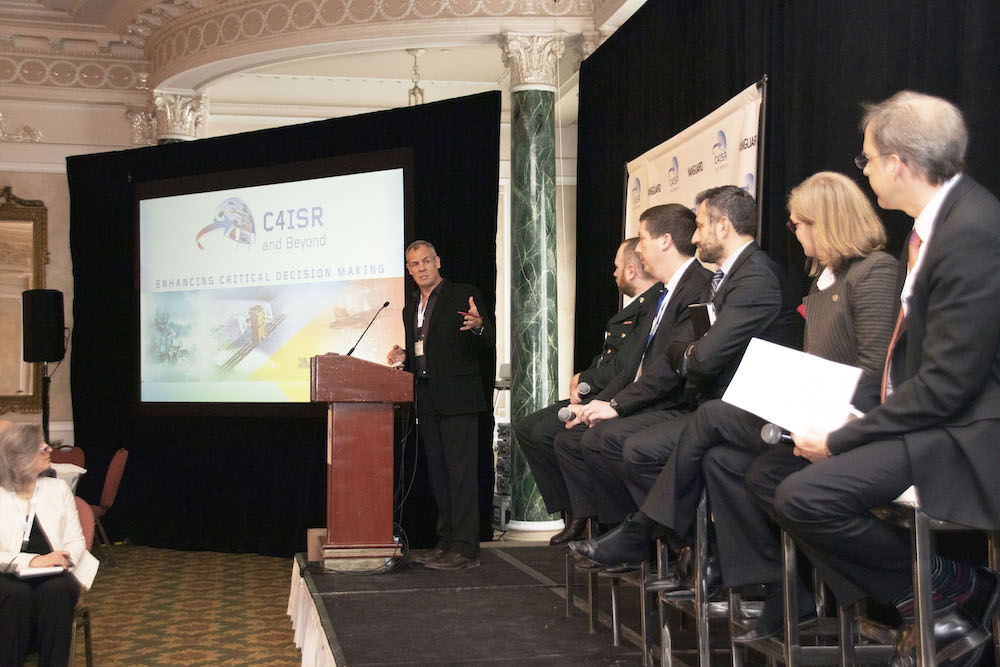 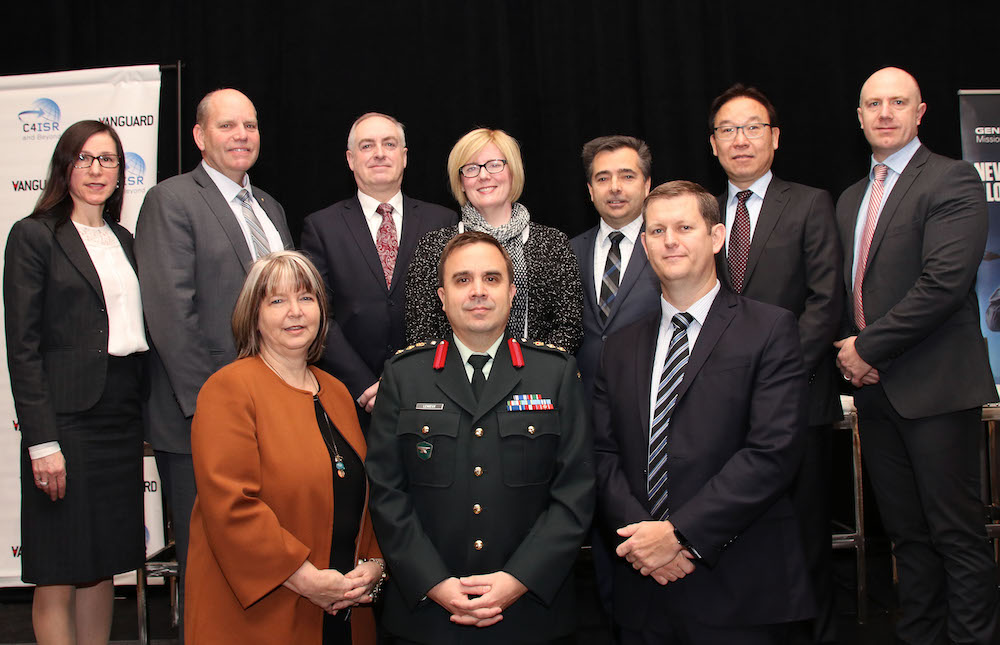 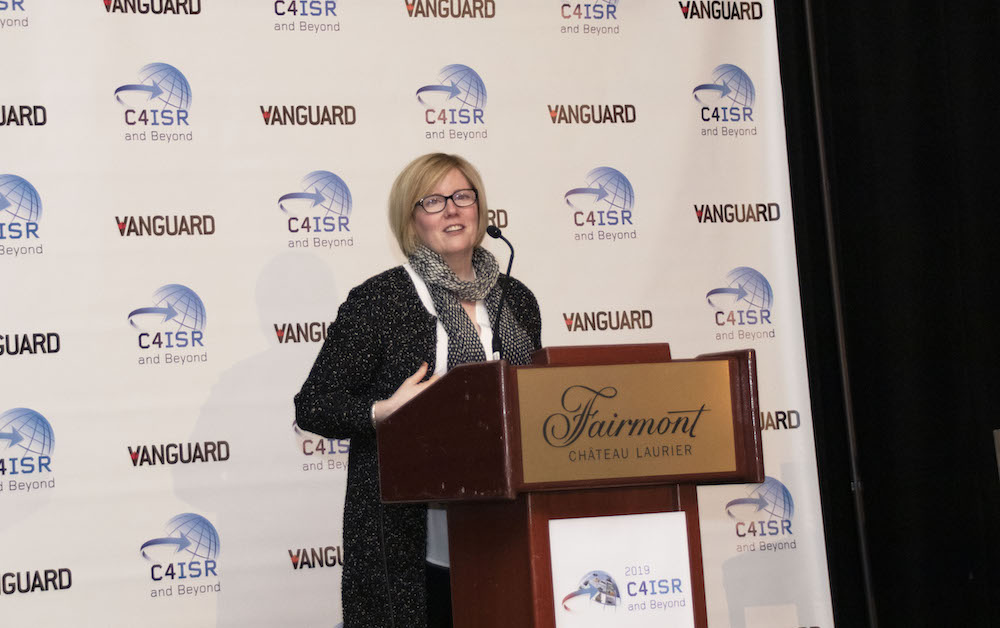 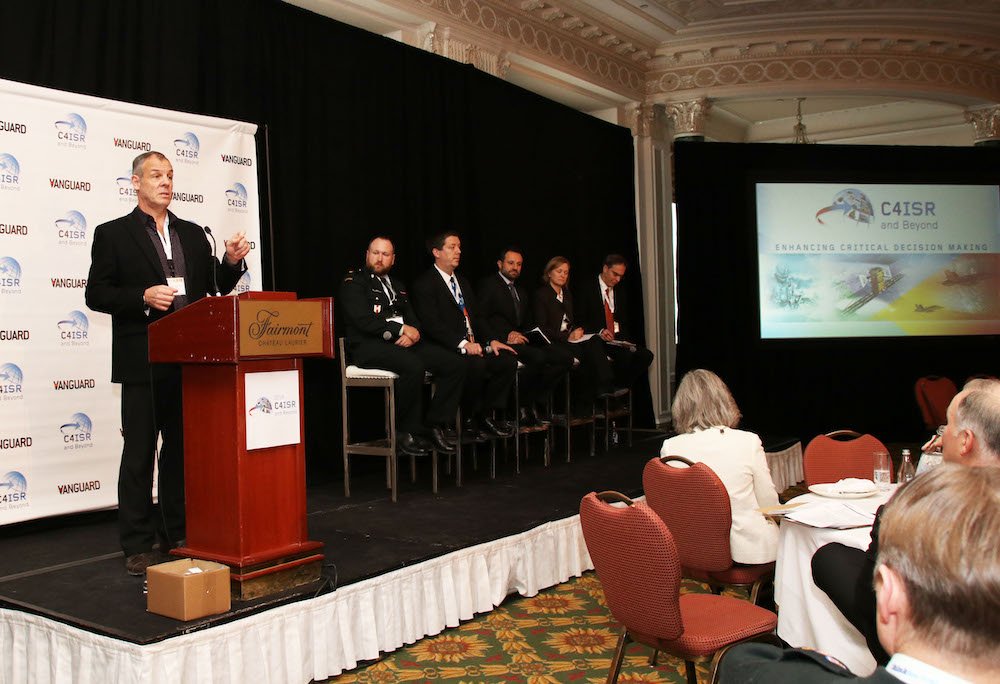 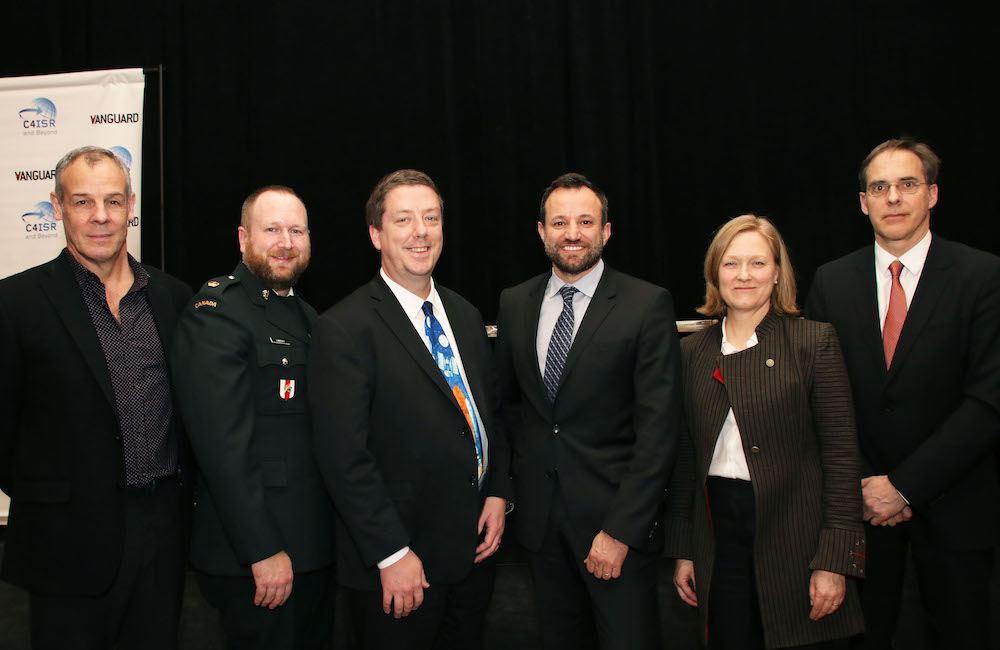 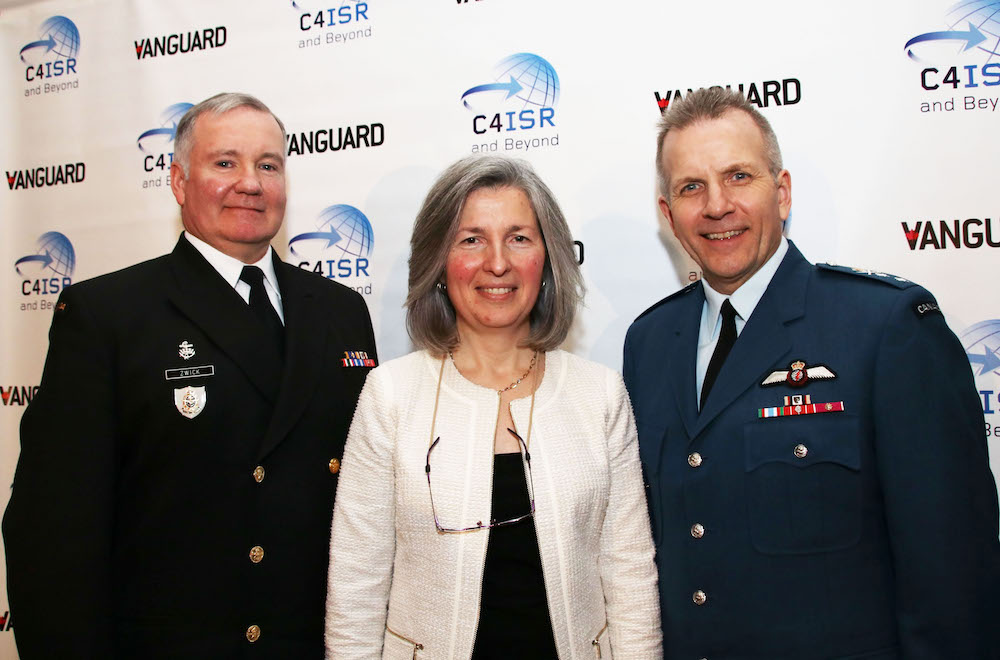 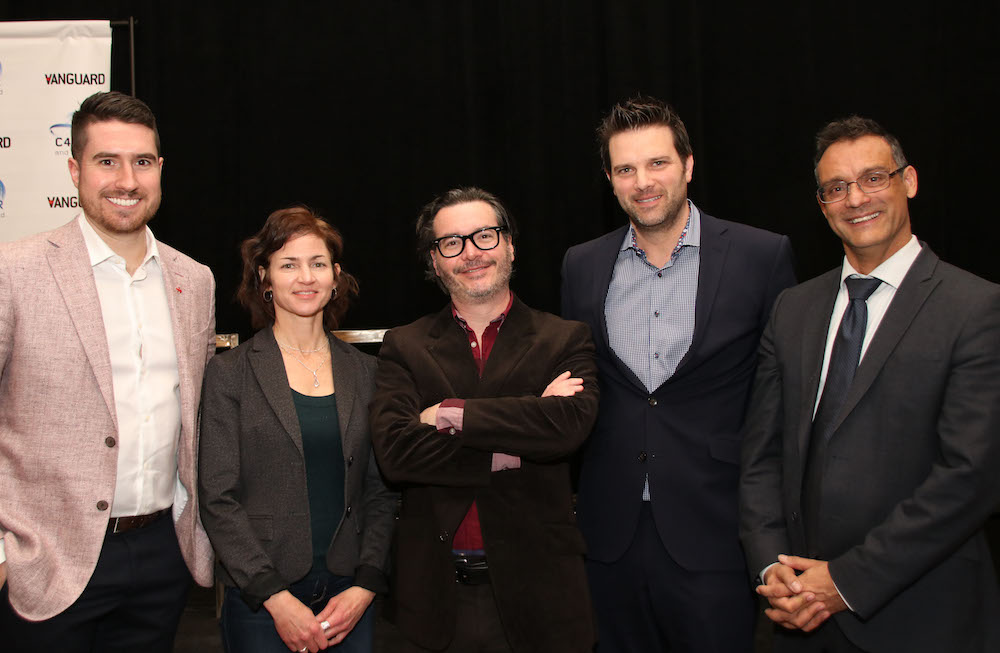 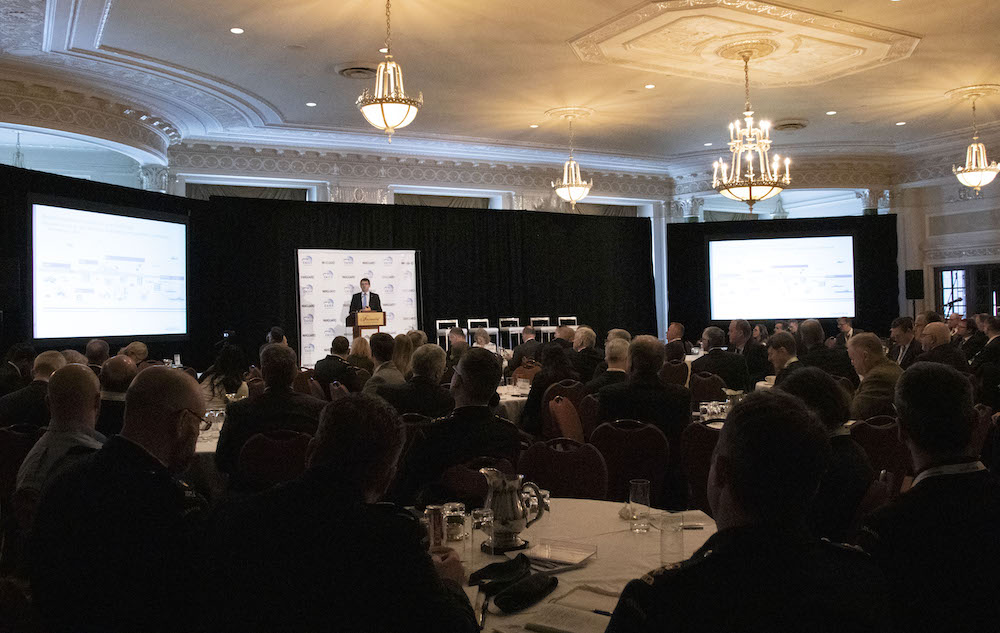 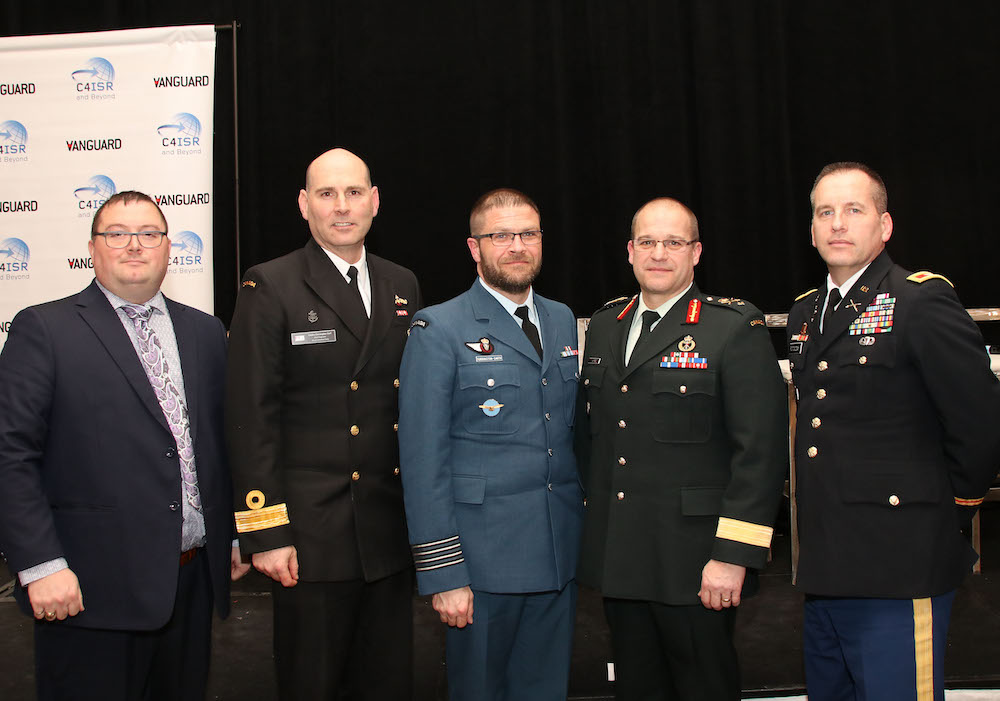 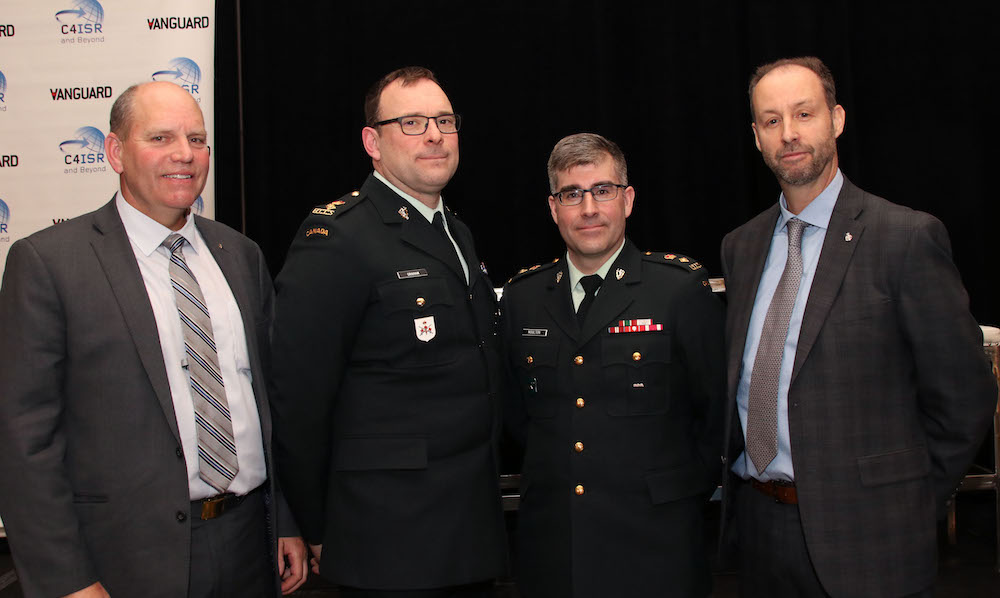 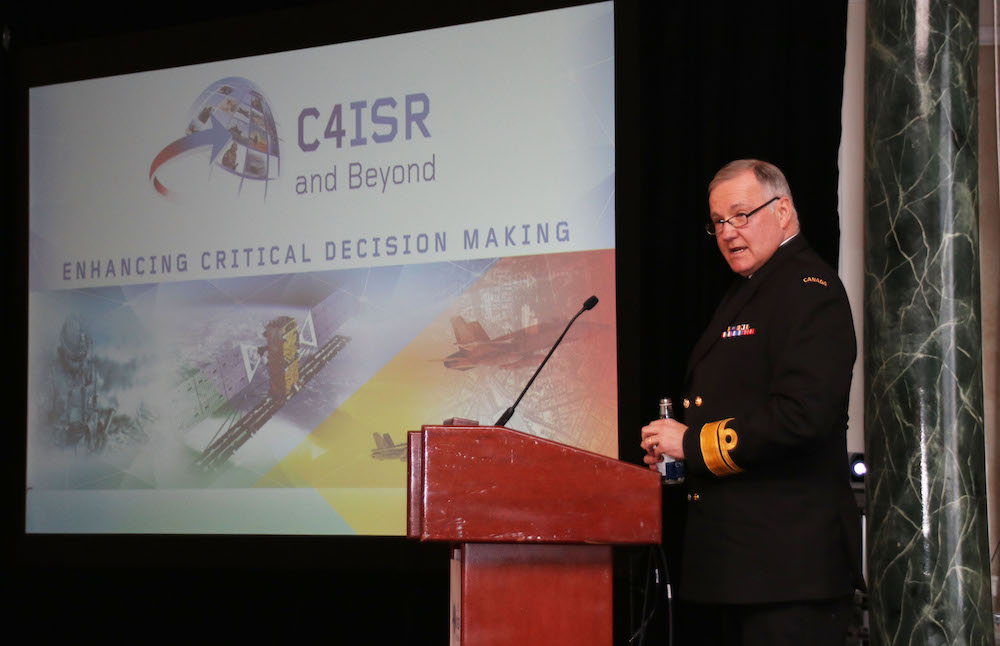 A total of 23 speakers participated in the one-day conference, with the majority contributing to discussions in four panels on future land C4ISR, identity and information assurance, integrating AI in defence and security and cyber mission assurance. These panels delved into how to keep up with the requirements of security in making deliberate and predictable investments; sharing of experiences, insights and ideas born in the digital tech sector that are relevant to C4ISR; AI from an operational impact standpoint; and a look at comprehensive risk management framework with a view to enable the CAF to successfully accomplish its assigned missions despite operating in cyber-contested environments. Discussions centered around sharing key challenges, capabilities and technologies that can be applied to assist the CAF to fulfill future needs.

Speakers from industry highlighted what’s happening in the private sector and how the military can learn from these challenges and take lessons for meeting future capabilities. Military personnel, on the other hand, highlighted their operational needs and how industry can work with them to get there.

One example of how the military is working with industry was highlighted by a special announcement made during the conference by the Honourable Carla Qualtrough, Minister of Public Services and Procurement and Accessibility, of the awarding of three contracts to General Dynamics Mission Systems – Canada. These contracts include Engineering and Integration, Software Support and Cyber Security Engineering Support to support the Land Command, Control, Communications, Computers, Intelligence, Surveillance and Reconnaissance (C4ISR) system for the Canadian Army.

The 150 attendees of the conference took away lessons on cyber and how that is the most critically exposed area in military, the importance of trust, AI, Data and Machine Learning, and how integration and collaboration is crucial for the successful operation of C4ISR.

The next C4ISR and Beyond conference will take place around the same time next year. Stay tuned to Vanguard for more information.

Securing Canada’s command and control communications
Converting tactical data for operational needs
Not so Strong, so Secure or so Engaged
Announcing C4ISR & Beyond 2018
IDEaS looking for innovators
0
SHARES
ShareTweetSubscribe