The Australian government has selected BAE Systems as “the preferred tenderer” for the SEA 5000 program to deliver nine Future Frigates to the Royal Australian Navy.

The construction of the Global Combat Ship – Australia is expected to create and sustain 5,000 highly skilled jobs in Australia. The contract will also aid in the development of country’s naval shipbuilding capability and its manufacturing industry.

The new ships, called the Hunter Class, are based on BAE Systems’ Type 26 frigate. It will be built in South Australia using Australian suppliers from every state and territory. 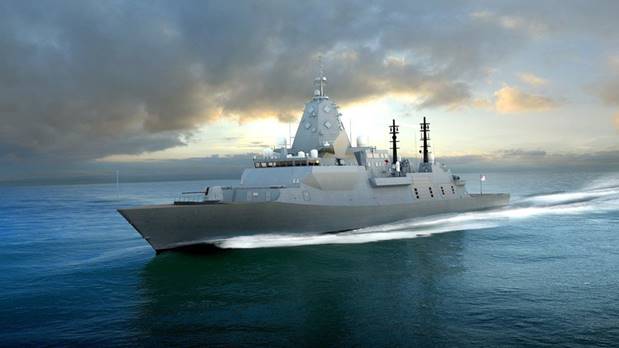 “BAE Systems’ selection as preferred tenderer for SEA 5000 reinforces our position as a leading designer and builder of complex maritime platforms,” said Charles Woodburn, BAE Systems Chief Executive. “I am proud that our world-class anti-submarine warfare design and our approach to transferring technology and skills to the nations in which we work.”

BAE Systems has a current contract with the UK government for the construction three Type 26 Global Combat Ships of a possible eight frigates for the UK. The Type 26 will replace the UK’s Type 23 frigates, with the first set to enter service in the 2020s.

“With the UK and Australia programmes, we now have a huge opportunity for cooperation between navies and, if selected by Canada, would give us a true Five Eyes frigate,” said Anne Healey, BAE Systems Country Director Canada. “We believe that, together with our partners, we have a great solution, which will bring significant IP and industrial content to Canada.”