EP 90: Lee Obst shares what to expect from Rockwell Collins Canada at CANSEC 2018

In this episode, J. Richard Jones talks with Lee Obst, President and Managing Director of Rockwell Collins in Canada. 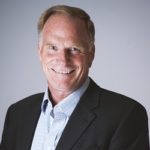 Since 2011, Lee has been serving in his current role in overseeing the Canadian operations and production facilities. Prior to joining Rockwell Collins in 2000, Lee served for 21 years as a test pilot and fighter pilot in the Royal Canadian Air Force, and three years as a program manager/business director with Spar Aerospace, Canada.

In this Vanguard Radio podcast, hear about the future growth strategy of Rockwell Collins in Canada and what they are doing to align investment with the mandates of the new Defence Procurement Strategy. Learn about Wideband HF and the role the Canadian subsidiary of Rockwell Collins played in its development.

Also, Rockwell Collins Canada will be at CANSEC this year. Hear more about their ‘Made in Canada’ NSS offering and how it will be represented at CANSEC, and other capabilities that they will be exhibiting at the event.

Rockwell Collins Ottawa location specializes in the design, development, support, modeling and simulation of wireless, ad-hoc networking technologies for tactical applications used by the Royal Canadian Navy, coalition partners around the world, and the Canadian Army. The Ottawa facility also serves as a focal point for all Rockwell Collins systems, services and repairs for Government of Canada customers.