In this episode, Canada launches a contest for 88 fighter jets, assembling the First Arctic patrol ship is on the way at the Halifax Shipyard and the steps needed to integrate the Australian F-18s into the current Royal Canadian Air Force’s fighter fleet.

The main structural components of the Royal Canadian Navy’s first Arctic patrol ship have been assembled at the Halifax Shipyard.

The ship is expected to be launched at the Halifax Shipyard next summer.

“As the first ship of the class, having the future HMCS Harry DeWolf assembled at land level is a significant milestone,” Kevin McCoy, president of Irving Shipbuilding, said in a statement. 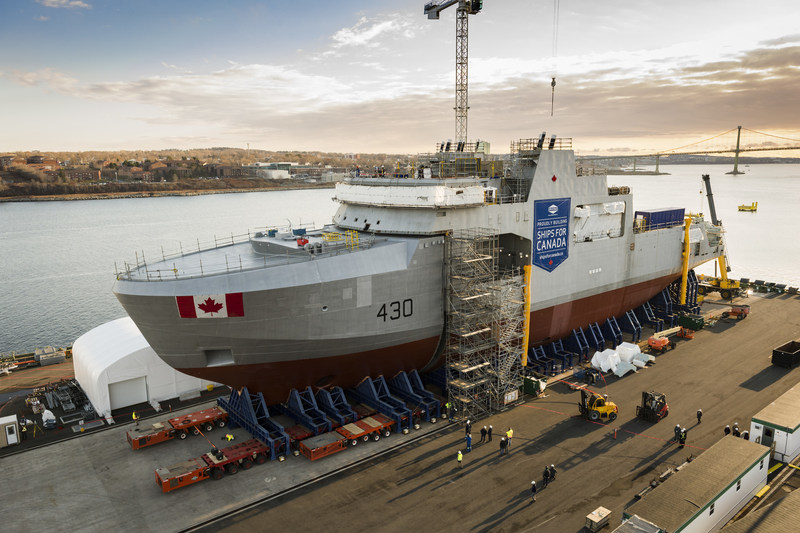 The Canadian government is launching a competition to buy a new fleet of 88 fighter jets and officials confirmed Tuesday they will also be buying an interim fleet of 18 jets from Australia rather than from Boeing.

According to Global News, a clause in the announcement effectively suggests that if Boeing wants to bid on the competition itself, it better back down in its trade challenge of Bombardier.

“When bids are assessed, any bidder that is responsible for harm to Canada’s economic interests will be at a distinct disadvantage,” the press release states.

That aspect of the announcement seems specifically aimed at Boeing.

Officials said the cost is being estimated at roughly half a billion dollars for the interim replacement, while roughly $15 billion to $19 billion will be set aside for the full competition.

With the announcement to purchase Australian F-18 aircraft, Canada has issued a list of steps needed to integrate the Australian F-18s with the current fleet of Canada’s CF-18s.