With the recent announcement to purchase 18 used Australian F-18 fighter jets, Canada has issued a list of steps needed to integrate the F-18s with its current fleet of CF-18s.

Life extension and upgrade
Canada is planning to proceed with technical work to modify the Australian F-18 aircraft to meet similar configuration of the CF-18s. This will make it possible to supplement the current of CF-18s until the future fighter fleet is procured.

Spare parts
As part of this acquisition, the Australian government will provide spare parts for the F-18 aircraft and Canada will also continue to use its existing supply chain for parts when needed. 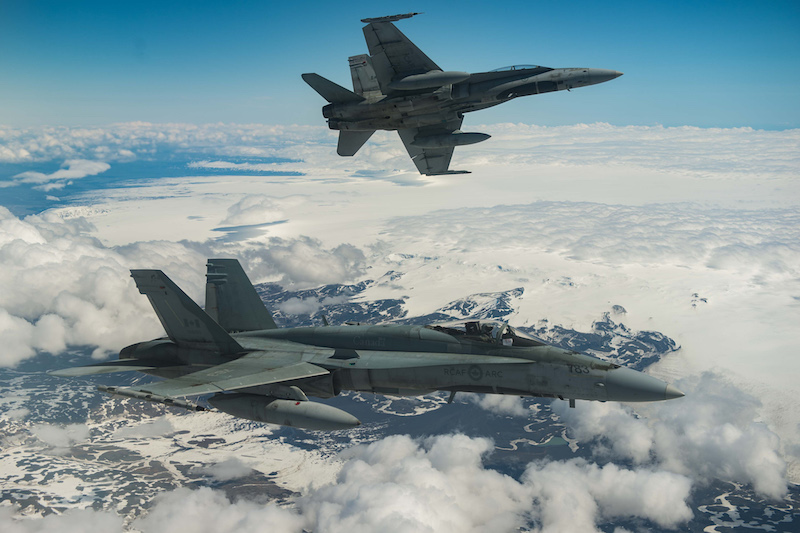 Training and personnel
Training for the Australian F-18 is the same as that of the present fleet of CF-18s. On the personnel side, with the addition of the 18 jets, there will be the need for an increasing number of pilots and technicians. Through Strong, Secure, Engaged, recruitment efforts are underway to fulfill this need.

Operations
At the present time, Canada does not have the aircraft or personnel to fully meet the simultaneous commitments of NORAD, NATO, operating at home, in North America and in the world. The addition to its fighter fleet will provide the much-needed capacity.

Infrastructure
The aircraft will be employed at 3 Wing Bagotville and 4 Wing Cold Lake. The Department of National Defence is currently reviewing infrastructure requirements to accommodate the additional aircraft. With the jets being of similar age and design, any modifications are expected to be minimal.