Earlier today, the Aerospace Industries Association of Canada (AIAC) announced the appointment of Cynthia Garneau, President of Bell Helicopter Textron Canada, as Chair of the AIAC Board of Directors.

Garneau, who is responsible for Bell Helicopter Textron Canada’s Mirabel operations, is taking over from David Gossen, President of IMP Aerospace & Defence, who served as Chair of the AIAC Board over the last 12 months. 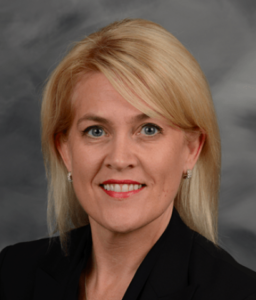 “I am honoured to have the opportunity to serve as AIAC’s Board Chair,” said Garneau. “Maintaining our strategic edge, both here in Canada and around the world, will require a commitment to leveraging our expertise in collaborative innovation to drive growth and attract diverse talent across industries.”

As a national association, AIAC represents the world’s fifth-largest aerospace industry – Canada’s aerospace manufacturing and services sector. This sector, which employs over 208,000 Canadians, contributes nearly $28B to Canada’s GDP. It also exports 80 per cent of its output and spends over 20 per cent of its activity on research and development.

During the association’s Annual General Meeting held on November 7, Jim Quick, President and CEO of AIAC, officially welcomed Garneau to her new role. He said that she is an experienced executive and a leading voice within Canada’s aerospace community. As Chair, he believes that Garneau guidance and expertise will strengthen the association and position the industry for even greater success.

The Board of Directors of AIAC jointly oversee the activities of the association.

MEMBERS OF THE EXECUTIVE

The Board also took the opportunity to acknowledge the service and contributions of AIAC’s outgoing Chair, David Gossen.