The UK Ministry of Defence has awarded a contract to BAE Systems worth approximately £3.7bn to build the first three ships for the Type 26 Global Combat Ship programme. 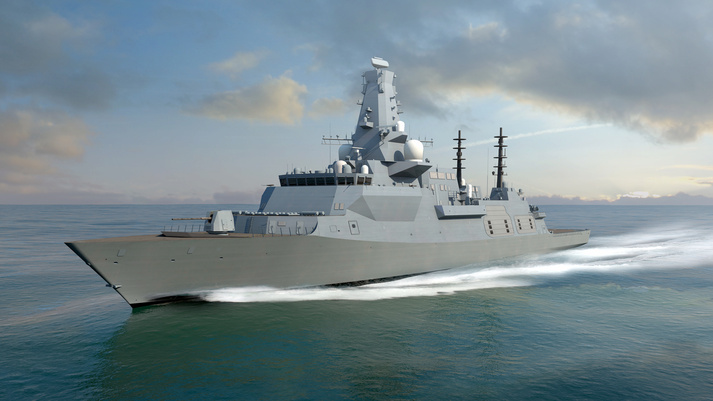 Work will commence shortly on the first ship with steel scheduled to be cut in Glasgow later this month, according to Defence Secretary Sir Michael Fallon. This is good news for the shipbuilding industry in Scotland which will help secure more than 3,400 jobs for the company and its UK maritime supply chain over the next twenty years.

“The Type 26 Frigate is a cutting-edge warship, combining the expertise of the British shipbuilding industry with the excellence of the Royal Navy,” Sir Fallon said. “These ships will be a force to be reckoned with, there to protect our powerful new carriers and helping keep British interests safe across the world.”

The Type 26 Global Combat Ships will replace the anti-submarine variant Type 23 frigates of the Royal Navy and are capable of “undertaking a wide range of roles from high-intensity warfare to humanitarian assistance, either operating independently or as part of a task group,” according to BAE Systems.

“We are extremely proud to be chosen to design and manufacture vessels that will give the Royal Navy an essential, next generation capability and be a vital addition to its fleet,” Charles Woodburn, Chief Executive, BAE Systems said.

The contract, which was signed on June 29, relates to the construction of the first three of eight frigates which the UK Government committed to in its 2015 Strategic Defence and Security Review (SDSR). Another contract for the rest of the ships is expected to be negotiated in the early 2020s.

The signing of this contract comes at an opportune time for BAE Systems as it looks to bid its Type 26 platform for the Royal Australian Navy (RAN) Future Frigate programme, as well as in Canada, through the Canadian Surface Combatant programme.

“The Royal Canadian Navy can have full confidence that the UK Type 26 programme will enhance our qualified design on the Canadian Surface Combatant programme,” Anne Healey, Country Director at BAE Systems Canada said. “With Type 26 running three years ahead of CSC, we’re in a sweet spot of the development cycle. All the lessons from the design and manufacture of Type 26 in the U.K. will be ready to flow to CSC, reducing risk in the Canadian programme.”