One soldier dead, three others injured in training

Investigators are looking into a training accident Tuesday morning at the Canadian Forces Base Wainright in Alberta that has resulted in the death of an army sergeant and injuring of three other soldiers.

Sgt. Robert J. Dynerowicz of the Royal Canadian Dragoons based in Petawawa, Ont., was killed when the light armoured vehicle he was riding rolled over during live fire training at around 10 a.m. eastern time yesterday. Three soldiers that were with Dyberowicz were injured.

The three injured soldiers have been taken to hospital for medical treatment. Their medical condition will not be disclosed at this time, according to the Canadian Armed Forces. 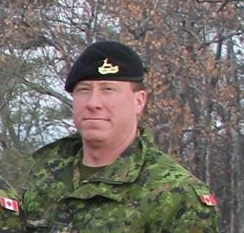 The four individuals were taking part in Exercise Rugged Bear, which has been described by the CAF as live fire training event for the Canadian Army’s Road to High Readiness training program. Some 3,000 soldiers are involved in the exercise which takes place from April 15 to April 27.

Dyherowicz’s death is the fifth reported fatality at the training base since 2005.