Last year, procurement Minister Jody Foote was prompted by the swirling controversies around the Canadian Surface Combatant acquisition process to announce that her office would not be releasing any cost estimates for the program until the contract to build has been actually signed. The climbing cost of the F-35 jets (initially estimated at $16 billion and now hovering nearer to $44 billion) remains a constant drag to aircraft’s potential of being chosen as a replacement for the Air Force’s C-18 fighter jet fleet.

Cost estimation and analysis is crucial to the procurement process. However, even seasoned professionals are likely to be stymied by the many variables involved from rendering a precise evaluation of a programs’ cost, according to Peter Weltman, senior director of costing and program analysis at for the Office of the Parliamentary Budget Officer.

“You can’t always predict the future, but you can make every effort to be mostly right,” he said. “That is why a few years ago the government decided to build more cost estimating ability.” 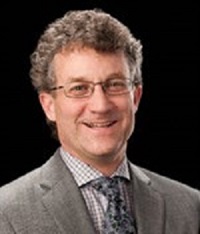 Practitioners in the cost estimation industry can gain a better appreciation and understanding of how experts in the field deal with the complex and high-pressure demands of the profession by attending upcoming 3rd Annual Training and Development Workshop of the Canadian Chapter of the International Cost Estimating and Analysis Association (ICEAA Canada).

The two-day event will take place at the Ottawa Westin Hotel on May 1st to 2nd.

Cost estimating, especially in the government and military sectors have become high-profile and it has attracted a lot more public attention, so the stakes are higher, according to Weltman.

“In this workshop, attendees will be listening and learning from the very people who were in the forefront of high-profile procurement programs,” he said. “…You will find out the risks they faced, how they weathered the storm and how they delivered their cost estimates.”

Mike Gilmore, former Director of the Operational Test and Evaluation Directorate of the U.S. Department of Defence, will provide attendees with a unique view of the formulation and implementation of DoD policies and programs especially those touching on analyzing operational effectiveness and costs of the U.S. military forces. His talk is titled Speaking Truth to Power: DoD, Congress, and the F-35.

Sessions dealing with the latest cost estimating tools and technologies are also available.

For a complete lineup of speakers and session topics, and to register for the event, click on this link