Vice-Admiral Mark Norman, who was unexpectedly removed from his post as second-in-command of the country’s military last month amidst reports of leaked top-secret information, was a victim of in-fighting in the upper echelon of the armed forces, according to the lawyer representing him.

Marie Henein, a principal lawyer at the Toronto-based boutique litigation firm Henein Hutchinson LLP who has a reputation as a tenacious defence attorney, released a statement yesterday saying that Norman “looks forward to being cleared and unequivocally denies any wrongdoing.”

Henein is most recently known for having successfully defended former CBC radio host Jian Ghomeshi on sexual assault charges last year. In 2010, she also managed to get all charges against former Ontario attorney general Michael Bryant withdrawn after he was charged with criminal negligence causing death and dangerous driving causing death. 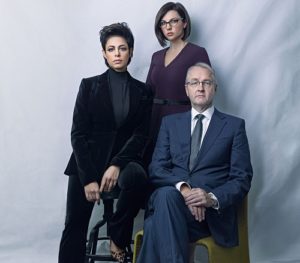 In January, the military’s top commander, Gen. Jonathan Vance, ordered Norman to relinquish his post but offered no explanation. It was reported by some media outlets that Norman was temporarily relieved in connection with an ongoing RCMP investigation into the alleged leak of top-secret information.

The RCMP has not publicly confirmed such an investigation. Defence officials also said Norman is not the subject of a criminal investigation by the Canadian Forces.

Vance and other military and defence officials have been tight-lipped about the reason for Norman’s relief although, in an interview with the Toronto Star, the CDS said ordering Norman to relinquish his post was “one of the hardest days of my life.”

“I had to do it… It was the right thing to do and the man is owed the decency of silence until you know the facts,” he said.

Yesterday, Henein effective broke the silence on the Norman camp. She also gave some indication of some sort of internal conflict within the CAF may have caused Norman’s temporary relief of duty.

“It would be a profound disservice to us all if a national hero and widely respected Canadian who has served under numerous governments was caught in the bureaucratic crossfire,” the lawyer’s statement said. “It is our sincerest hope that an objective investigation is concluded quickly and that Vice-Admiral Norman returns to his post serving all Canadians.”