Seaspan’s Vancouver Shipyards has recently appointed a new vice-president for planning and estimating.

As the shipyards’ new vice-president for planning and estimating, Tony Tinto will be responsible for providing leadership and direction on network planning, detail planning, production control, as well as estimating for new ship construction. 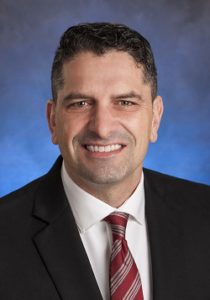 His responsibilities will include work Seaspan is currently undertaking with the non-combatant package of Canada’s estimated $30 billion to $40 billion worth National Shipbuilding Strategy project.

The NSS is a 30-year initiative geared at rebuilding the capability of the Canadian navy and the coast guard. The government estimates that the program will create 15,000 jobs and $2 billion in annual economic benefits.

Back in May this year, Minister of Public Services and Procurement, Judy Foote, announced $65.4 million in funding under the NSS for Vancouver Shipyards. Under the two new contracts the shipyards will build the Offshore Oceanographic Science Vessel (OOSV) and the Joint support Ships (JSS).

Tinto joined Vancouver Shipyards (VSY) in 2006 as a project manager, before moving over to affiliate company Vancouver Drydock in 2007 in a similar capacity.

In 2012, Tinto returned to VSY as director of planning and prooduction control. He was appointed to the role of interim vice president of planning and estimating in November 2016.

Prior to his arrival at Seaspan in 2006, Tinto worked as a design and engineering manager for Westbay Son Ship & Yachts.

“As a senior management professional with extensive planning/construction and project management experience, Tony is a results-oriented leader with a proven ability in the management and execution of significant design and shipbuilding contracts,” said Brian Carter, president of Seaspan Shipyards.