When it comes to naval procurement the Arctic/Offshore Patrol Ships (AOPS) program and Canadian Surface Combatant (CSC) program are the headline-grabbing, big-ticket items.

But literally swimming under the water is a program that could be linked to the future the Royal Canadian Navy’s underwater warfare capability.

The Royal Canadian Navy is poised to release a Request for Proposal for its proposed Remote Mine Hunting and Disposal project. The project aims to leverage proven off-the-shelf autonomous underwater vehicles (AUV ) technology to provide the Navy with mine hunting and underwater domain awareness.

Granted the proposed funding for the project is only $20 million to $49 million (a mere drop in the bucket compared to the estimated $2.8 billion for the AOPS and $42 billion for the CSC), but there are some that believe crewed submarines will one day be replaced by underwater drones. 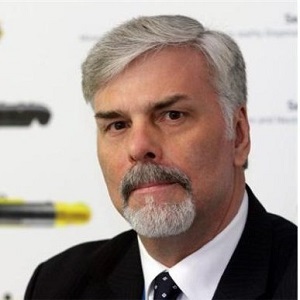 For instance, United States Deputy Defence Secretary Robert Work has on several occasions discussed how AUVs could help cut the cost of operating and maintaining submarines. Submarines have been a staple for navies when it comes to discretely observing enemies at sea and launching missiles and torpedoes. Today, to a certain extent, those tasks can be accomplished more cheaply by smaller AUVs. It would also cost much cheaper to build a fleet of AUVs than it would a lesser number of manned submarines.

AUVs had the added advantage of keeping humans out of harm’s way as they go about their tasks in perilous situations and environments, according to Rick Gerbrecht, director of Atlas Elektronik Canada. The Victoria, B.C.-based company is positioning its AUVs for the Navy’s Remote Mine Hunting and Disposal program.

“AUVs are ideal for performing what we call the 3Ds – dull, dirty and dangerous work that you would hesitate to hand over to a person,” he said. “What’s more, with the advancement in sensor and navigation technology AUVs can now accomplish much more than they could a decade ago.”

The first AUV was developed by Stan Murphy, Bob Francis and Terry Ewart back in 1957 at the University of Washington. Their Special Purpose Underwater Research Vehicle (SPURV) was used to study diffusion, acoustic transmission and submarine wakes.

Until relatively recently, AUVs were used for a limited number of tasks, dedicated by the available technologies. Advancement in sensor technology, data processing and transmission, global positioning systems and propulsion has paved the way for a wider application.

Today, AUVs are deployed by oil and gas companies to map seafloor beds as well as inspect pipelines and oil rigs. Researchers use AUVs to study underwater marine life and environments. AUVs have been used to search for crashed aircraft and sunken vessels. Outfitted with GPS, unmanned submarines are used by drug traffickers to transport contraband.

Atlas Elektronik has a number of underwater vehicles that are most likely to fit the Canadian Navy’s needs. Primary among them is the SeaFox mine disposal vehicle, the SeaOtter AUV, and SeaCat multi-task AUV. 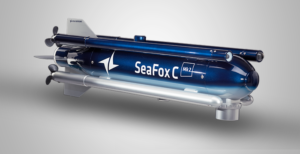 The fibre optic-guided SeaFox classified as an ROV or remotely operated vehicle and is described Atlas Elektronik as a “one-shot” mine disposal vehicle. It measures about 1.2 meters long and weight 39 kilograms. It has a range of 1 km and a top speed of 6 kts.

“The SeaFox is our most successful system,” said Gerbrecht. “It is being used by 13 navies around the world including the U.S. Navy,  as well as navies of several other NATO nations.”

The SeaFox comes in three variants: 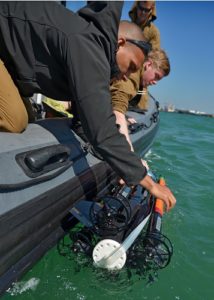 The SeaFox I is equipped with a built-in TV camera and high-resolution sonar but does not carry any explosives. The SeaFox T comes with a ballast weight and re-settable special attack unit instead of a live warhead. Maneuvering, operations and arming sequence correspond with that of the SeaFox C.

The SeaFox is equipped with both a high-resolution sonar, CCTV, and GPS but also carries a 1.4 kg shaped charge to destroy its target.

All three variants are linked to the operator’s console via fibre-optic cable. The vehicles are 1.3 m in length and weigh approximately 43 kg. They operate to a maximum depth of 300 m, have a range of 1 km, a maximum speed of 6 knots and operating time of 100 minutes.

The SeaFox C was used by the Royal Navy minehunter HMS Brocklesby off the coast of Libya in 2011. The U.S. Navy deployed dozens of SeaFox C units in the Persian Gulf in 2012 after the Iranian government threatened to use Soviet-era mines to blockade the Strait of Hormuz.

One big advantage of the SeaFox over other mine hunting underwater drones is that the SeaFox can be launched from a variety of platforms, according to Gerbrecht.

Unlike many AUVs that require dedicated platforms or specialized modifications to existing surface vessels, the SeaFox can be launched from the side of almost any marine vessel. It can also be deployed from a helicopter.

The system can be delivered as a stand-alone or a fully integrated version .In the case of the stand-alone, the console contains all electronics, software, displays and operating elements to guide the vehicle automatically or manually towards the target and to relocate, identify and destroy it. In the fully integrated version, a multi-function console or any existing console can be used.

The SeaOtter AUV is designed for multiple military and commercial purposes. Its main tasks are mine detection and countermeasures; covert intelligence, surveillance and reconnaissance; environmental assessment; seabed mapping; and hydrographical surveying.

The 3.65 m long AUV weighs 1,200 kg. It has a maximum payload of 160 kg and can be equipped with mine countermeasure, intelligence surveillance, and reconnaissance, environmental assessment, as well as sonar technology.

The SeaOtter has a top speed of 7kts and can operate up to 20 hours. 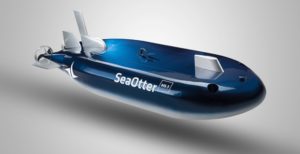 Depending on its payload and battery options, the SeaCat length is approximately 2.5 m to 3.5 m. It weighs anywhere from 130 to 220 kg, again depending on the configuration. The vehicle has a maximum forward speed of 6kts and operational depth of 2 m to 600 m.

The SeaCat’s standard payload consists of and Edgetech 220 Side Scan Sonar and a Tritech Micron DST Scanning Sonar.

However, the SeaCat’s unique swap-head technology makes it the “Swiss Army knife of underwater operations,” according to Gerbrecht.

The swap-head system is made up of an array of switchable head-mounted payloads that provide different functions. 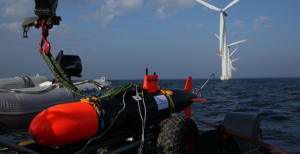 The future of AUVs

Currently, the unpredictability of the underwater environment, especially those in regions such as the Arctic, poses some limiting factors for AUVs. However, advances in battery and propulsion systems, as well as the development of better guidance systems and sensing technologies, will drive the development of AUVs and catapult unmanned underwater vehicles to a greater variety of missions, according to Gerbrecht.

There’s also work being in the area of CoCoRo or Collective Cognitive Robotics. Current projects involve working with miniature underwater robots that work together as an AUV swarm. Each of these tiny AUVs is capable of operating on its own. However, a small group of them can share data among themselves allowing the entire swarm to “make decisions based on the collective data,” according to the IEEE Spectrum.

AUV swarms can provide organizations with a versatile and adaptable fleet of miniature underwater robots that can continue working on a mission even if one or several units fails. One potential application is in the area of underwater search and rescue operations.

“We’ve just scratched the surface in terms of how and where AUVs can be deployed,” said Gerbrecht. 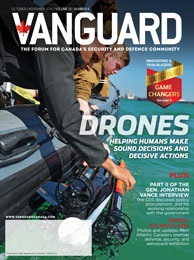