Vanguard Magazine and the Conference of Defence Association (CDA) Institute are working together on a project that will recognise the significant contribution of individuals to the security and defence community.

Called the Captain Nichola Goddard Game Changer Award, the project seeks to honour and bring to light outstanding work in the fields of research, academia, business, the security industry, as well as not-for-profit, and charitable activities that touch on the defence and security community.

This project brings together Vanguard’s Game Changer Awards, a program which celebrates the innovative and disruptor spirit in the defence community, and the CDA Institute’s desire to honour Capt. Nichola Goddard.

Captain Nichola Goddard was very much herself a game changer. 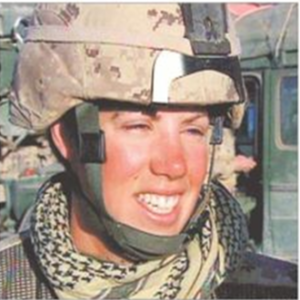 She was the first Canadian female officer killed in combat in operations in Afghanistan in 2006.

The operation was part of a joint two-day operation between Canadian and Afghan troops, to secure Kandahar’s outskirts after a rumour of Taliban preparations to launch an assault on the city. As troops were moving into a mosque to capture 15 alleged Taliban members, several dozen hidden militants began firing from neighbouring houses.

Goddard, who was crew commander, was standing half-exposed in her LAV III when the armoured vehicle was hit by two rocket-propelled grenades early in the battle.

This award is about the remembrance of Goddard’s vibrant spirit and the celebration of others like her, “game changers” who aspire to live by Canadian values of inclusiveness, innovation and leadership.

The inauguration of the Captain Nichola Goddard Game Changer Award is set to take place in 2017 in conjunction with the 20th CDA Institute Graduate Studies Symposium at the Royal Military College of Canada.